Amid flood of absentee ballots, clerks prep voters for an unfamiliar process

According to the Saline County clerk, around 2,000 absentee applications have been put in so far. Last year, they had around 800. 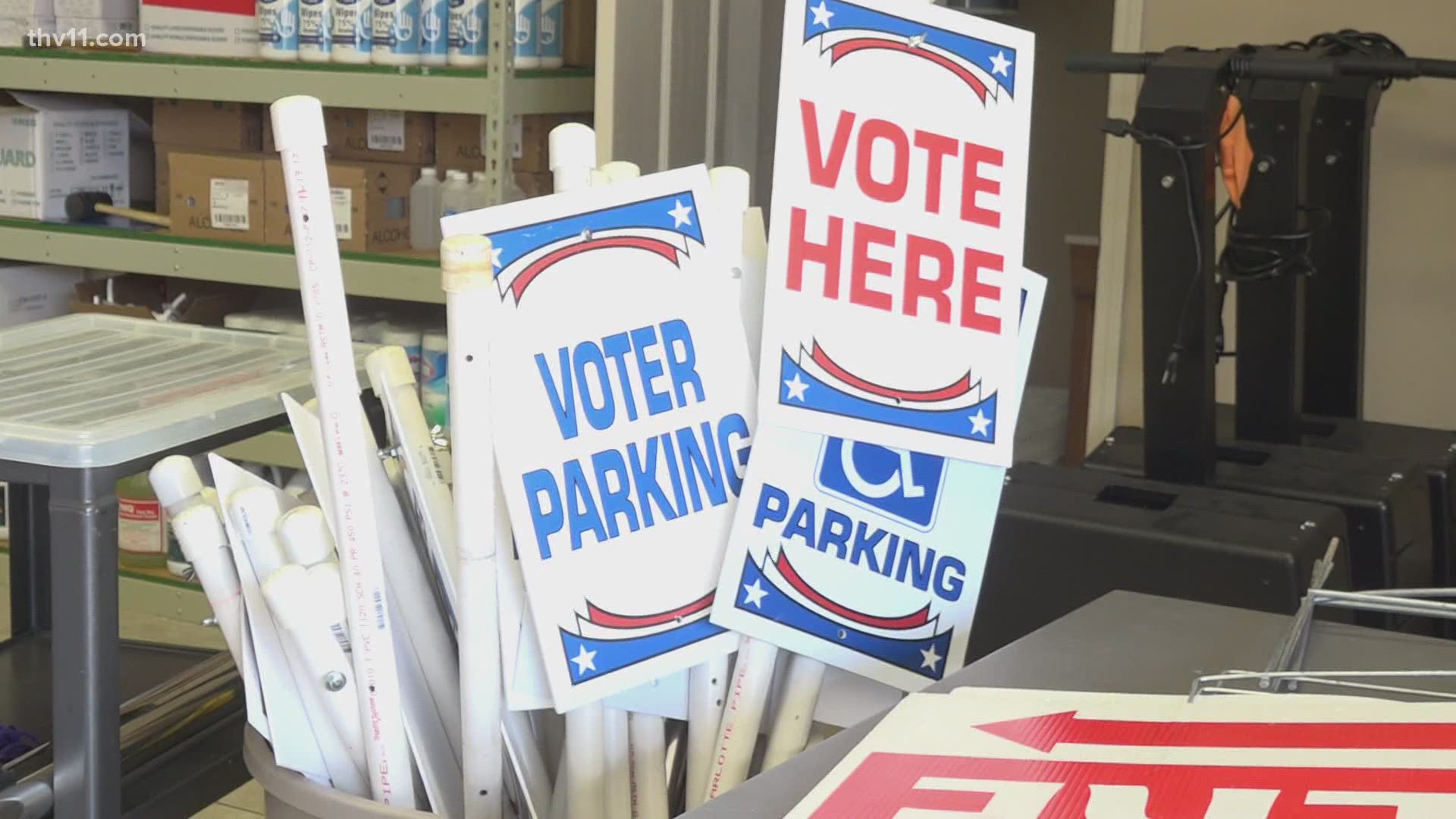 BENTON, Arkansas — Doug Curtis has an entire building in the Saline County seat of Benton dedicated to his task of running elections. At the corner of Conway and N. Main is the Vote Here Building, but Curtis is in a back room unloading machines set to count thousands of ballots that won't be made there.

RELATED: How to vote in Arkansas this November

"We've been getting a lot of absentee applications in," the longtime county clerk said. "Right now we're right at 2,000. The last presidential election we had, we had just about a little over 800."

In another room, poll workers are training for the high stakes election day. They will be frontline workers in one of the most polarized political election seasons in modern history, but on this day Curtis is focused on mechanics and keeping politics out of his task.

"I don't think there's any room in politics for running an election," he said after taking delivery of two new tabulation machines earmarked for counting absentee ballots quickly.

Curtis and his colleagues have been monitoring primaries and runoffs in other parts of the country during the pandemic. With the dangers of the coronavirus still present, clerks are trying to explain the process of voting absentee amid questions over mail security and ballot access.

It all starts with getting an absentee ballot application. From there, Arkansas has added features to the VoterView website.

Arkansas Secretary of State hopes the site acts like package tracking for your ballot.

But after this week's announcement of investigations into double voting in Georgia during primaries, clerks are now on guard for people changing their mind or trying to be certain they get at least one vote. Curtis warns everyone that you can change your mind, but there's an important process to follow.

"If we mail you an absentee ballot and you decide you don't want to vote it, and you go in to vote, you're not going to be able to vote unless you turn that absentee ballot in before election day," he said.

RELATED: Demand for absentee ballots up 500% in Pulaski County ahead of 2020 elections

Curtis vouches for the post office in Benton for being prompt in delivering absentee ballots right up until the election day deadline. He also tells of a time he personally picked up ballots from a couple who changed their mind and wanted to vote in person. He didn't destroy their paperwork, but he says keeping tabs on every ballot that goes out is one of his main transactions.

"We have to make sure that we've got that ballot, because if we just left it out there, that would be two votes, and it's one person, one vote," Curtis said.