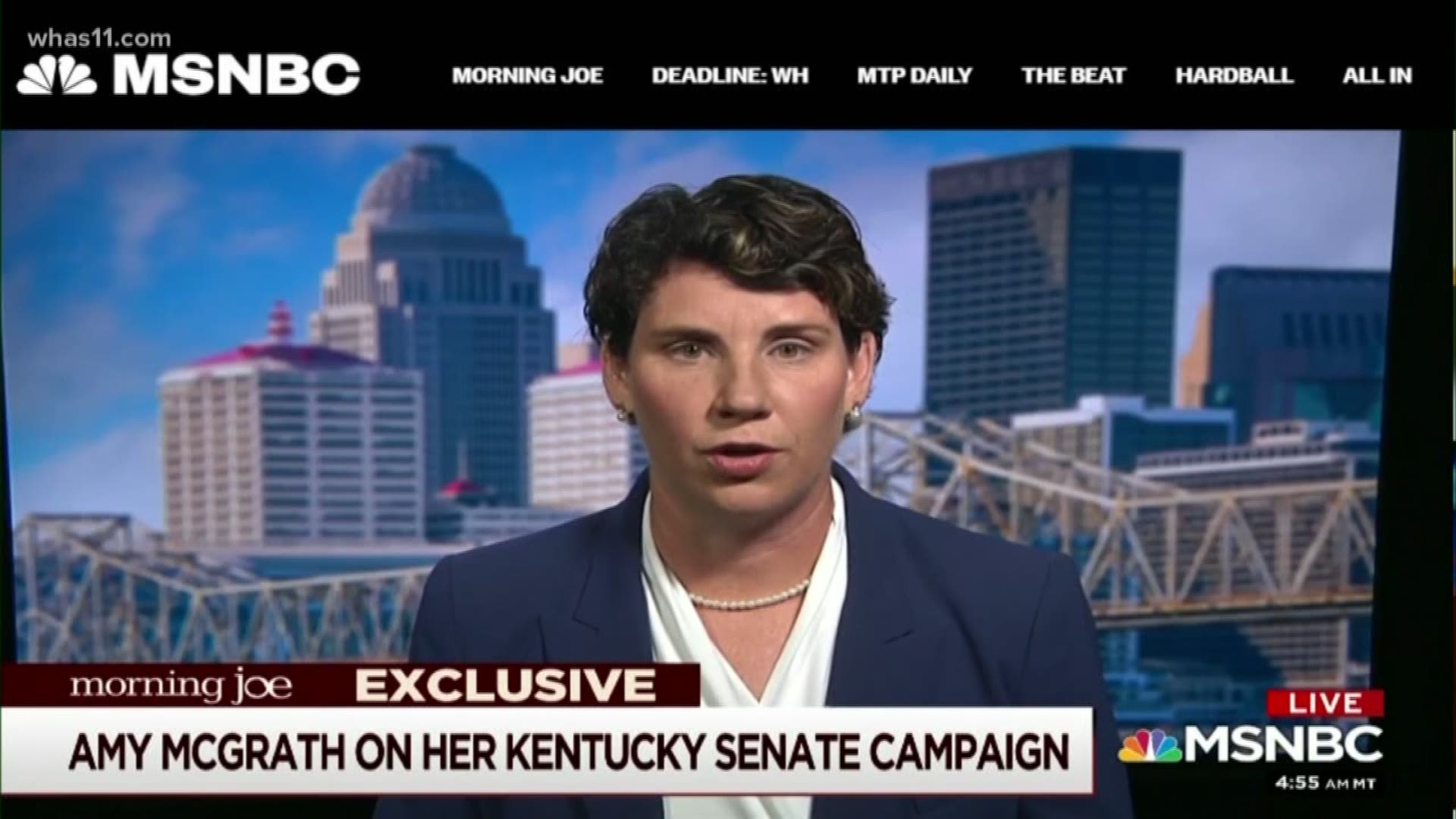 The retired Lieutenant Colonel announced her run on Tuesday. The release was similar to the way she entered the race for the 6th District Congressional seat in the summer of 2017.

"I'm running to replace Mitch McConnell in the U.S. Senate," McGrath said. "Everything that's wrong with Washington had to start somewhere -- it started with him."

During an appearance on MSNBC's Morning Joe shortly after her Tuesday announcement, McGrath all but sounded like a supporter of Donald Trump, blaming Senate Majority Leader Mitch McConnell for slowing the president's agenda, including "draining the swamp," "lowering drug prices" and bringing back jobs.

The tone was of note because she described herself, a Democrat, and her husband, a Republican, as moderates who worry about the future of Kentucky and the country.

If she is going to pull off what most would consider an upset, she'll have to win moderate and Republican votes. Democrats have struggled to take federal office representing Kentucky outside of Congressman John Yarmuth's 3rd Congressional District, which includes an overwhelming number of Democratic voters in Jefferson County.

During Tuesday's MSNBC appearance McGrath also appeared to distance herself from the crowded field of Democratic presidential hopefuls when describing watching the debates.

"There were times when my husband and I looked at each other during the debates and we were concerned that many of the candidates were pulling a little too far left from where we are, you know, because we're both moderates. We're like most Americans, we get along and we just want reasonable solutions for some of these things," McGrath said.

Whoever wins the Democratic Party’s nomination will face Senate Majority Leader Mitch McConnell, the longest-serving Republican leader, who was first elected to his U.S. Senate seat in 1985.