One of the project's initiatives, "Letters of Hope for Syria," enables people to provide emotional support to those living through the war by sending them an encouraging note. 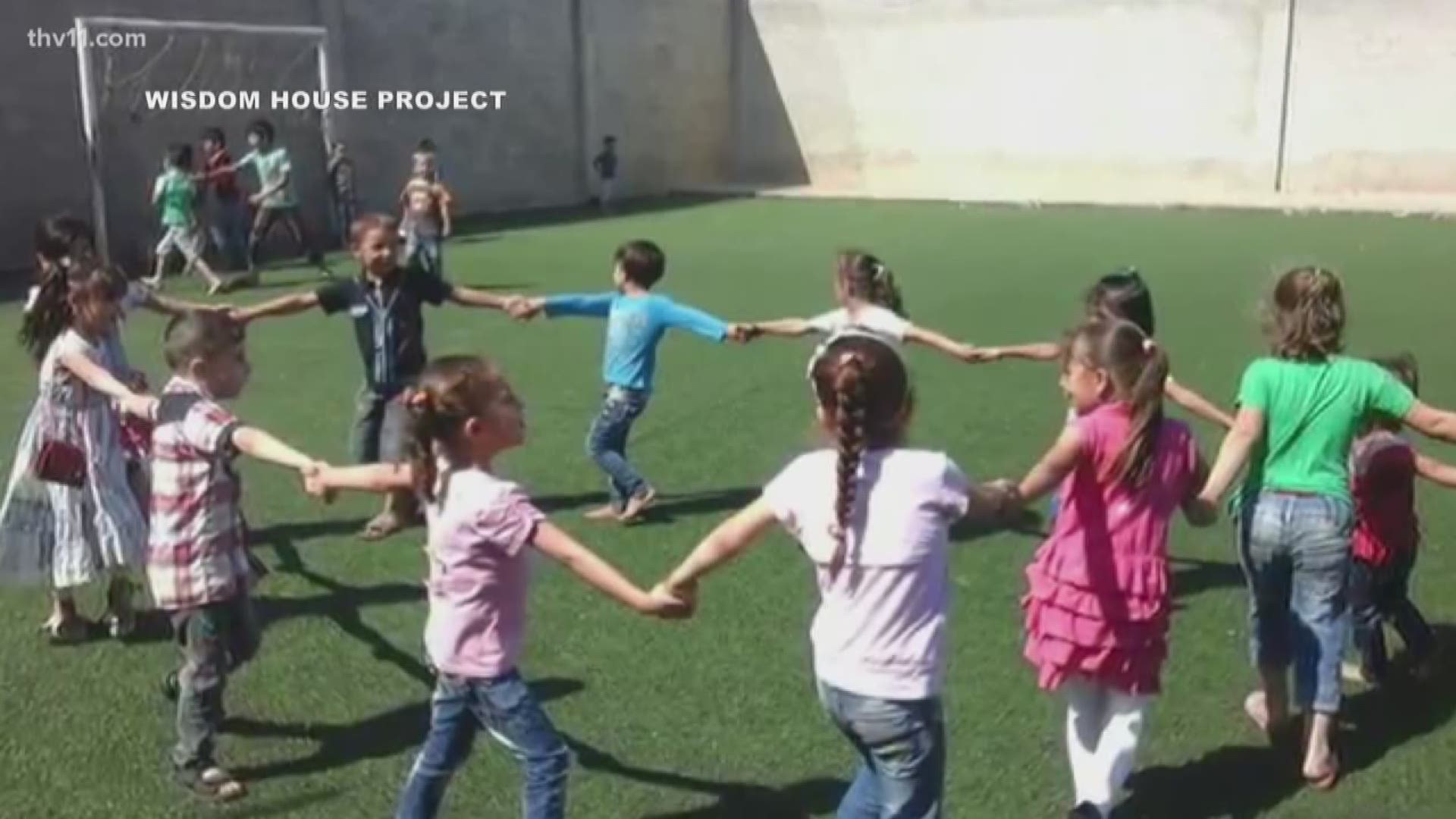 CONWAY, Ark. (KTHV) - Over the last seven years, more than a half-million people have died in the civil war in Syria and many survivors have been forced to flee the violence. But amid the turmoil, a local group is trying to spread hope.

The Wisdom House Project began in 2016 – an idea that came to life in Conway. The Wisdom House was founded as a school for orphans in Syria’s Idlib province that expanded to include a women’s center. Despite recent interruptions caused by the war, the organization is working to expand its reach.

"It provides hope for people in Syria that feel deserted by the international community,” said Mouaz Moustafa, executive director of the Syrian Emergency Task Force.

Moustafa was born in Damascus, Syria’s capital, and moved to Hot Springs at age 11. He went on to graduate from the University of Central Arkansas.

“It is a complicated conflict, and it is in a place far away,” he said. “But it has real implications on our national security and on our conscience as free Americans.”

In 2016, Moustafa delivered a TEDx talk at UCA. It was then he connected with Conway residents Jerry Adams and Teri Daily and the Wisdom House Project was born. The network of Arkansans provides humanitarian aid through the Syrian Emergency Task Force (SETF).

One of the project’s initiatives, “Letters of Hope for Syria,” enables people to provide emotional support to those living through the war by sending them an encouraging note.

“We’ve received over a thousand letters from all over the world,” said Natalie Larrison, director of outreach for SETF. "Some are drawings; some are poems; some are stories of people’s lives; some are just children saying ‘I want to be your friend, I’m here for you.’ Some very heartfelt letters directly from the American people, and we’ve taken them to the border twice now..”

In January, Russian airstrikes forced the Wisdom House school and women’s center to close as many in the village fled from the violence. The group’s leaders said they are committed to helping the teachers and families they previously served, and they are working to develop a long term plan.

Meanwhile in Central Arkansas, the Wisdom House Project is working to spread awareness of the need for more aid in Syria and grow its network of donors.

The Wisdom House Project will host a public meeting on Sunday, Feb. 11 at 10 a.m. to update community members on the state of Syria. The meeting will be held at St. Peter’s Episcopal Church in Conway.

For more information about The Wisdom House Project, contact Natalie Larrison at 501-520-8522.