Leslie Rutledge and other Republicans have unveiled legislation that would prohibit transgender athletes from playing in girls' and women's sports teams in Arkansas. 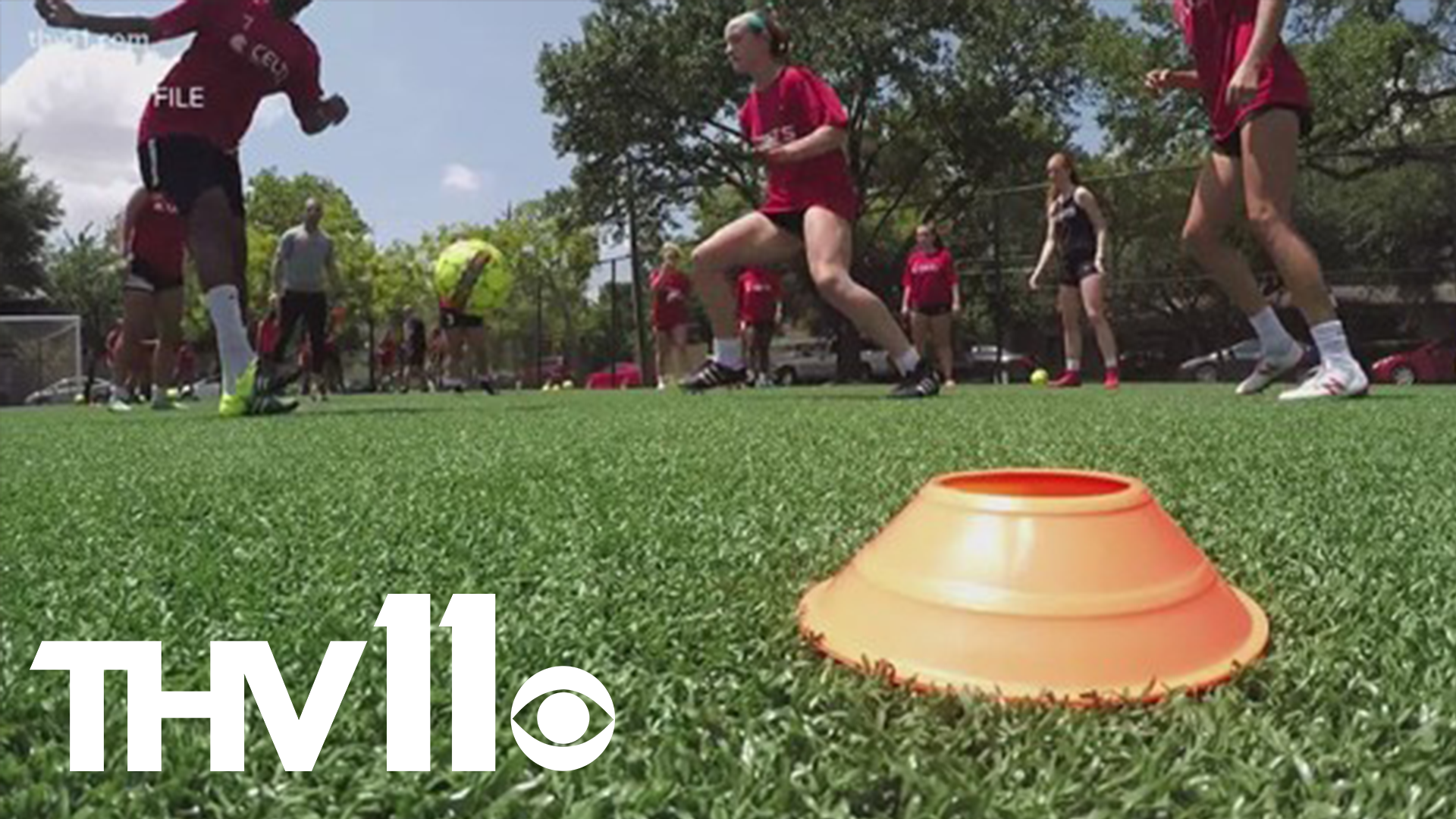 The bill, Gender Integrity Reinforcement Legislation For Sports Act, or GIRLS Act, was presented during a press conference.

President Joe Biden issued an executive order in January to prevent and combat discrimination based on gender identity or sexual orientation. Rutledge said by signing this order the Biden Administration, "signaled that it intends to require schools to allow biological boys who self-identify as girls onto girls’ sports teams."

Attorney General Leslie Rutledge said she wasn't aware of any instances of transgender athletes playing on school sports teams in Arkansas during the press conference, but called the legislation a preemptive effort in response to an executive order President Joe Biden signed.

Rutledge said the bill creates a protected space for girls' and women's sports in Arkansas and allows anyone who is deprived of athletic opportunities or suffers any other harm to seek a court order stopping the violation along with damages and attorney’s fees in a lawsuit against any Arkansas school that violates the legislation.

“As a mom of a two-and-a-half year old girl, and having grown up playing a number of sports, I know first-hand the benefit that sports has on developing self-discipline, confidence, teamwork and leadership,” said Attorney General Rutledge. “This proposed legislation would make sure that young women in Arkansas can compete on a level playing field—no matter what sport they choose.”

Lawmakers in Texas introduced a similar bill in January.

The ACLU of Arkansas released a statement condemning the bill, claiming Rutledge is abusing her power as attorney general to target transgender students.

“Attorney General Rutledge was elected to represent every Arkansan yet is abusing her power to exploit and bully transgender students and their families as part of a coordinated, sweeping, and sustained attack on LGBTQ Arkansans,” said Holly Dickson, ACLU of Arkansas executive director. “This bill does nothing to protect women or girls in sport. It is reprehensible and harmful fear mongering aimed at transgender children. Arkansas needs to support young Arkansans - not target a vulnerable group for political gamesmanship and at the expense of all young people.”