The proposal would split up Pulaski County among the congressional districts, but some legislators say there are better maps that don't split counties. 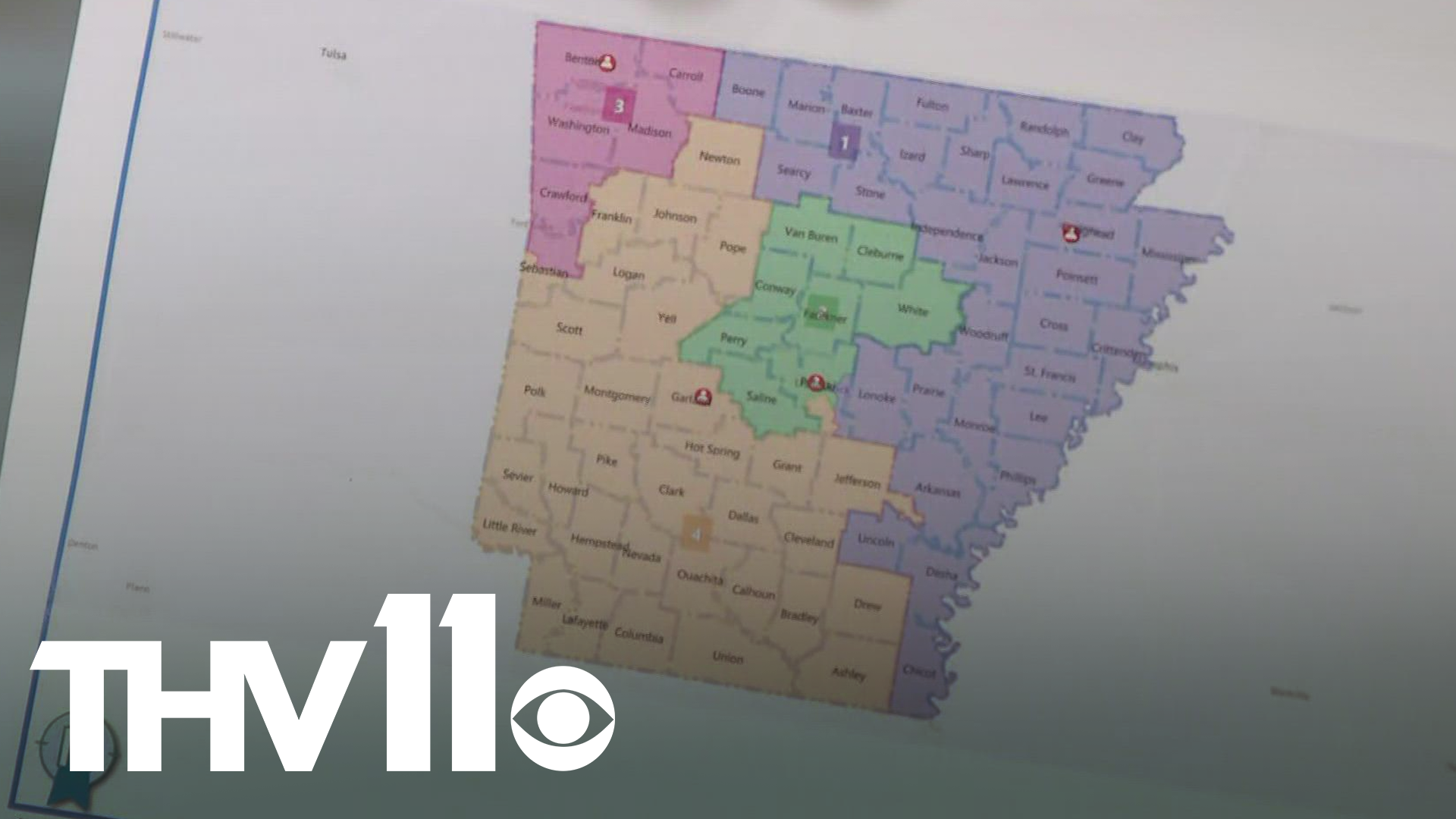 Multiple maps were slated to be discussed in both the House and Senate State Agencies committee hearings, but it was clear that one map from each was trying to be pushed through.

It splits up Sebastian and Pulaski Counties and was brought up by Senator Jane English (R-North Little Rock).

The bill was heavily discussed during this mornings committee hearing and even pushed the convening of the Senate because of it. Senator Jimmy Hickey (R-Texarkana) advocated for pushing the map through committee with a promise to talk about it only on Friday.

The committee voted that initial draft down. It was brought back into the Senate Chamber Tuesday afternoon.

"In a state like Arkansas, there's just no need to split counties," Senator Clarke Tucker (D-Little Rock) said. "And when you split a county, it makes it more difficult for that county to get work done."

Also brought up – the splitting of Sebastian County. Senator Mat Pitsch, (R-Forth Smith) represents part of that county and said constituents have been asking him non-stop why that county has to be split.

"When you get divided as a county and we have for ten whole years, the decisions we make today, tomorrow or Friday, as we just tried to do with policy, that's a ten year decision your living with and that's a long time to live with something you didn't feel like was in your best interest," he said.

Senator Joyce Elliot (D-Little Rock), spoke in opposition to the bill, saying that minority populations were never considered during the process.

Some Republican lawmakers say other concerns like those of breaking up minority populations are unfounded and were never intended.

Senator Trent Garner (R-El Dorado) spoke in support of Senator English's bill, saying the legislature was wasting time by not voting to approve this.

But Sen. Elliot and Sen. Tucker say there are better maps out there that don't split the counties at all.

"It is not necessary to break up any county in this state to draw maps that are acceptable and good maps with the federal guidelines," Sen. Elliot said.

Senator English's bill was eventually amended after debate in the Senate. Both the House and Senate will reconvene on Wednesday.