Gov. Asa Hutchinson on Friday signed the legislation, despite objections that it would give medical providers broad powers to turn away LGBTQ patients and others. 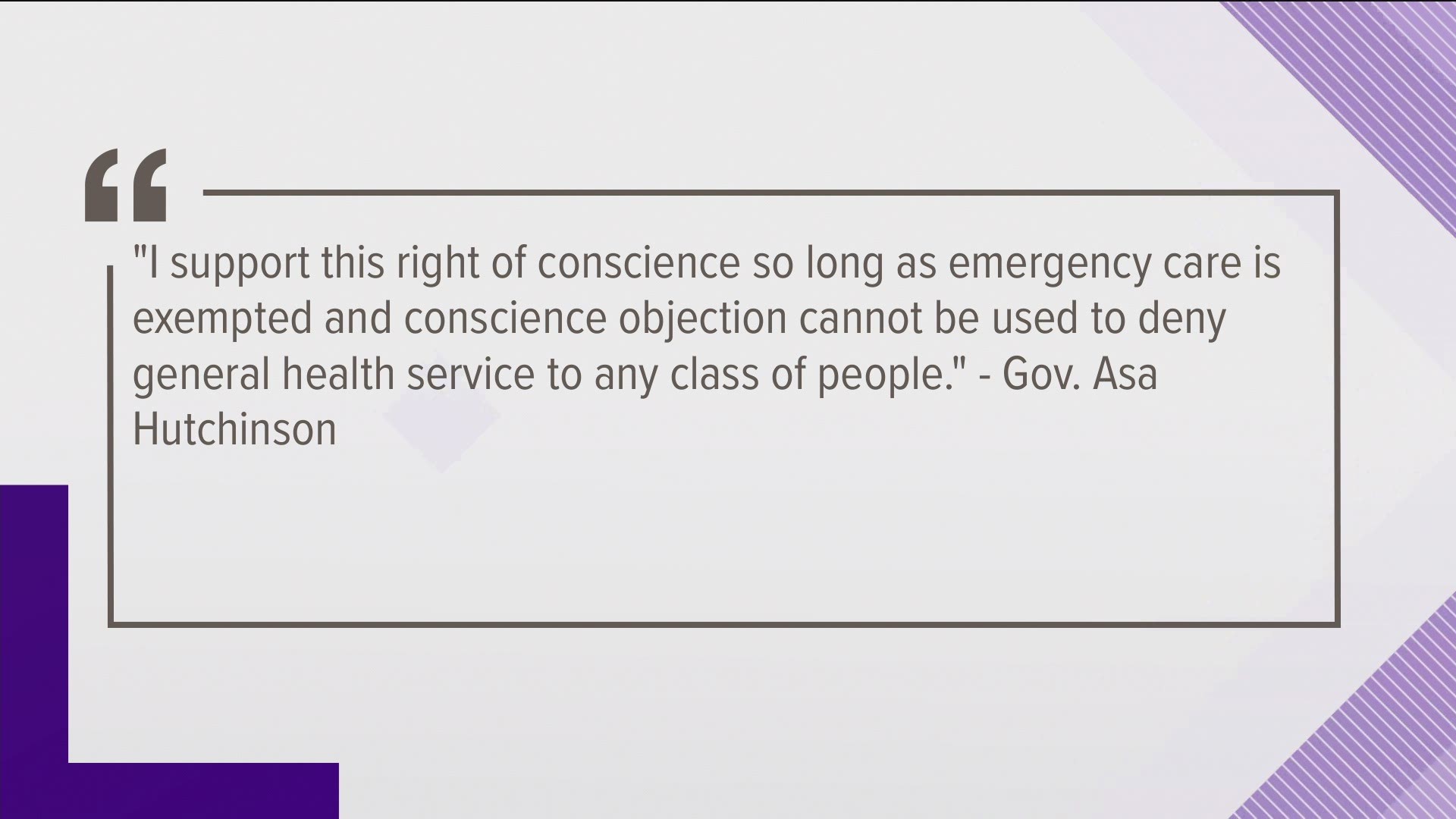 LITTLE ROCK, Ark. — Arkansas’ governor has signed into law a measure that would allow doctors to refuse to treat someone because of moral or religious objections.

Gov. Asa Hutchinson on Friday signed the legislation, despite objections that it would give medical providers broad powers to turn away LGBTQ patients and others. The measure says health care workers and institutions have the right to not participate in non-emergency treatments that violate their conscience.

The new law won’t take effect until late this summer. The measure is among several targeting transgender people advancing through Arkansas’ legislature.

Gov. Hutchinson issued the following statement regarding the signing of the bill:

“I have signed into law SB289, The Medical Ethics and Diversity Act. I weighed this bill very carefully, and it should be noted that I opposed the bill in the 2017 legislative session. The bill was changed to ensure that the exercise of the right of conscience is limited to 'conscience-based objections to a particular health care service.' I support this right of conscience so long as emergency care is exempted and conscience objection cannot be used to deny general health service to any class of people. Most importantly, the federal laws that prohibit discrimination on the basis of race, sex, gender, and national origin continue to apply to the delivery of health care services.”

Opponents of the law, including the Human Rights Campaign and the American Civil Liberties Union, have said it will allow doctors to refuse to offer a host of services for LGBTQ patients.

The ACLU of Arkansas issued the following statement regarding the governor signing Senate Bill 289 into law:

“There is no sugarcoating this: this bill is another brazen attempt to make it easier to discriminate against people and deny Arkansans the health care services they need,” said Holly Dickson, ACLU of Arkansas executive director. “Religious liberty is a fundamental right, but it is not an excuse to discriminate against people or deny them health care. As Governor Hutchinson himself recognized when he opposed nearly identical legislation in 2017, discrimination is not an Arkansas value – no matter how politicians try to disguise it. Discrimination on the basis of sex – including on the basis of sexual orientation and gender identity – is a violation of federal law, and so we’ll be watching and working to ensure no Arkansan is denied life-saving health services because of who they are.”