The Fayetteville city ordinance will be no more once this law goes into effect late this summer. 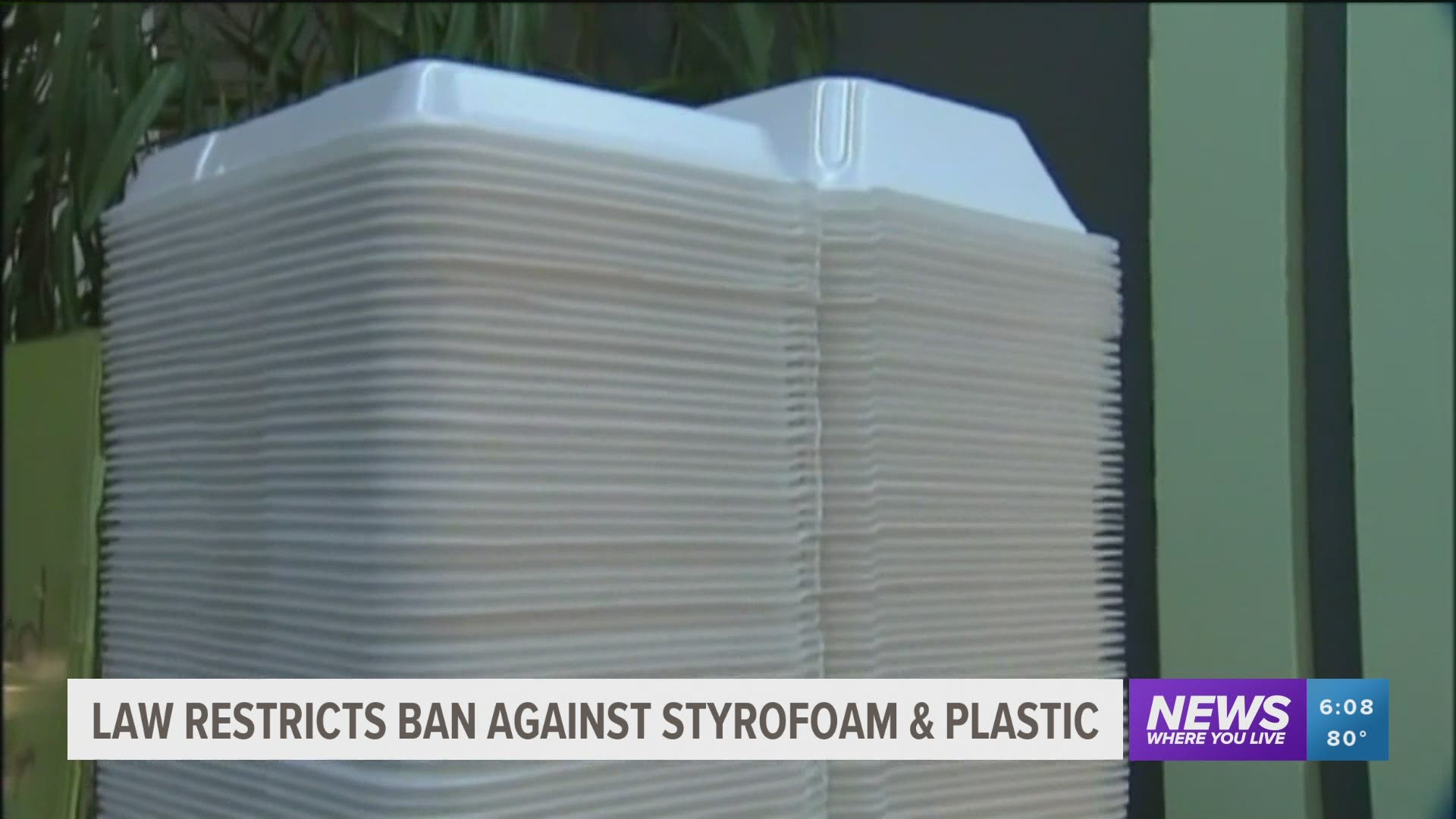 FAYETTEVILLE, Ark. — A new Arkansas law will not allow cities to ban restaurants and grocery stores from using Styrofoam and plastic bags.

The Fayetteville city ordinance will be no more once this law goes into effect late this summer.

The City of Fayetteville will no longer be able to ban restaurants from using Styrofoam after the Governor signed a bill into law preventing ordinances like this one. The newly signed law doesn’t let cities and counties regulate what bags and containers restaurants and grocery stores use.

“Styrofoam is always the cheapest at a sale point even though the true cost of Styrofoam for everybody is much much higher because it is such a waste problem and a litter problem,” Fayetteville City Attorney Kit Williams said.

The City of Fayetteville ordinance banning Styrofoam went into effect last July even though the city council passed it in November of 2019. Williams says they wanted to give restaurants enough time to use up their Styrofoam and find an alternative. Then they delayed it because of the pandemic.

“I hope that most of our restaurants will continue doing what they have learned to do and they’ve all found suppliers, so it is working out well for them,” he said.

At Sassy’s Red House, they started using plastic alternatives to Styrofoam before the ban went into place for to-go orders, but still like to have Styrofoam on hand for people wanting to take home leftovers. Owner Allen Brumett says using plastic containers costs about three times as much as Styrofoam.

“Whenever you consider how much to-go a lot of us are doing with everyone getting used to the convenience of having delivery services, you know it’s gotten where we are going to have to add on a fee for someone getting something to-go because it’s gotten so expensive,” he said.

Brumett says he has mixed feelings about what he will do once the Styrofoam ban ordinance is no more.

“I want to do what’s right, what’s best for the environment obviously, but just for some instances, it would be nice to have the Styrofoam. I think a lot of people were already choosing something different than Styrofoam,” he said.

This new law will not go into effect until 90 days after the legislative session ends, so it will likely be late this summer before restaurants could switch back to using Styrofoam. This law will also make the Fayetteville ordinance charging a fee for single-use plastic bags null. This ordinance never even went into effect.

RELATED: Lego to ditch plastic bags for paper ones in its boxed sets