Instead of map related bills, COVID-19 took the Senate floor Thursday. Most of the other bills concern the COVID-19 vaccine. 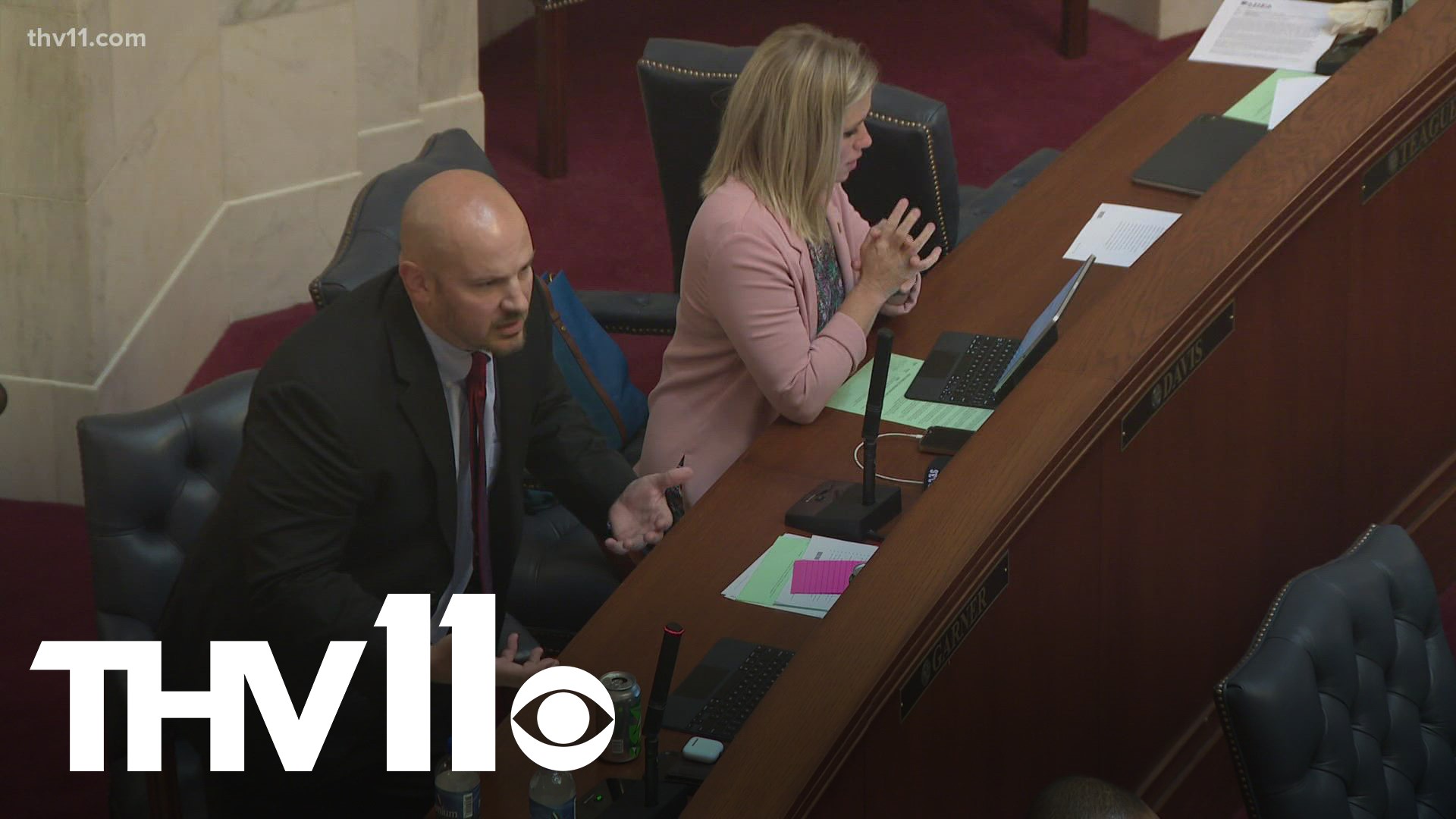 LITTLE ROCK, Ark. — It's day two of Arkansas' legislator's session to determine which, of the more than one-dozen, proposed maps will become the state's new congressional district lines.

"The fact that there are so many maps out there just conveys that we're looking for the right map," Sen. Kim Hammer, (R) - District 33, said.

Lawmakers are supposed to be using this session to determine those new lines.

"Most important thing we've been waiting for is to get the data so that we could do the redistricting and draw the maps. That is essential," Sen. Joyce Elliot, (D) - District 31, said.

The only problem – that didn't happen Thursday.

No map related bills were on either the House or the Senate's agenda Thursday, meaning none have passed through committee.

In a perfect world, maps would go to a committee, then one would be voted on by it's respective chamber. Eventually, it's approved to be Arkansas' next map. The only issue, we're not out of the committee phase yet.

"No issue whatsoever that seemed to push people today, other than something that I thought shouldn't even be a part of our discussion," Elliot said.

In place of map related bills, COVID-19 took the Senate floor Thursday. Most of these other bills concern the COVID-19 vaccine, and protections for those who don't want to take it.

"I do feel as if it's a waste of time, and I feel as if so much of this is bending to outside pressure," Elliot said.

Conversations in the Senate weren't cut and dry, or even cordial – arguments were heated.

"They gave legislators certain powers, and as far as those powers, is where we determine what we do," Sen. Trent Garner, (R) - District 27, said. "It's that simple."

Some lawmakers, like Senator Elliot, said this is out of the ordinary and not what a normal session should look like.

"We would be in there about 20, 30 minutes, and we would simply do the business of closing out the session," Elliot said. "That would be normal, and totally uneventful and not worth your time to cover."

Others said this is all part of the process – for bills both related to the session and not – and maps are coming soon.

"We are going to get a redistricting bill out of here," Hammer said. "It's just the process working, trying to come to the best possible map that can get the greatest majority to vote for."