The US House of Representatives voted to impeach the president on the two articles of impeachment: Abuse of Power and Obstruction of Congress. 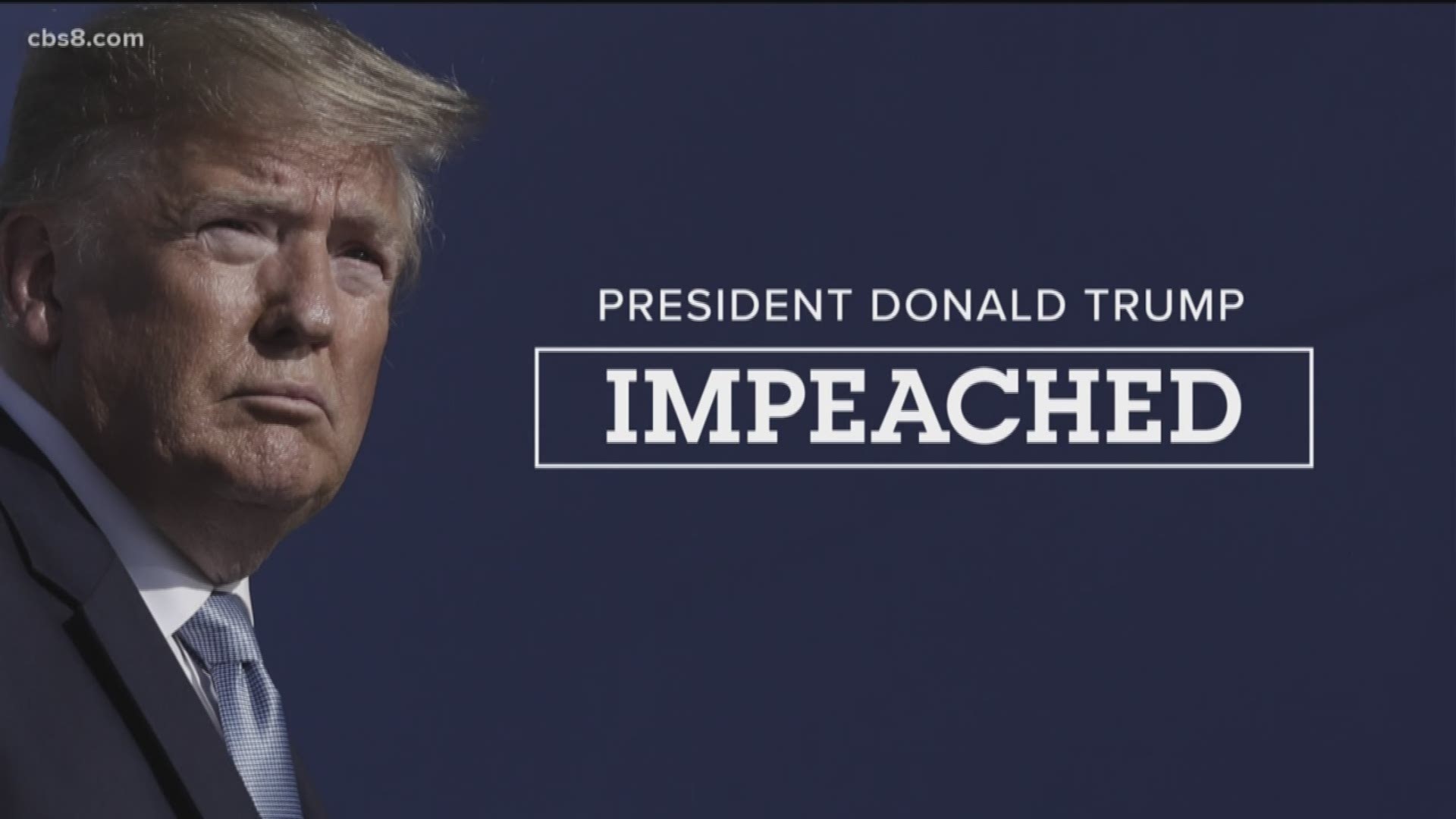 LITTLE ROCK, Ark. — The US House of Representatives voted to impeach the president Wednesday on the two articles of impeachment: Abuse of Power and Obstruction of Congress.

President Donald Trump is the third president in U.S. history to be impeached.

Below are official statements from local lawmakers regarding the impeachment.

I know that there are some Americans who disagree with the president–some on style, some on substance, and for some, both. With that said, as in any human endeavor, over the course of two centuries a terrific number of American citizens have voiced their vigorous opposition and protested many of our nation’s chief executives.

However, the power of impeachment is a solemn one. This power is vested in the legislative branch to remove the nationally elected leader of our beloved country for treason, bribery, or other high crimes and misdemeanors. This power is not to be used simply as a tool to harass a president of the opposite party. Unfortunately, history tells us that down through the years, it has.

William Hanson (D-Running for US District 4)

Today, I believe, the Framers of the Constitution would be gratified to see the House of Representatives exercise their constitutional duty in voting to impeach President Trump. Anyone who listened to the evidence and who is intellectually honest knows that President Trump committed the offenses for which he is being impeached. I am profoundly disappointed in the failure of our congressional delegation to hold the President accountable for his abuse of office and the public trust. In their failure, they have aided and abetted the President’s criminal conduct should also be held to account for their actions.

I have always firmly believed that no matter how popular or unpopular a person or an idea is, that the process must be fair. That's especially true with an issue of this importance. I expect every person in Congress to do their job. I expect them to live up to the oath they swore, to protect our country and to ensure that no one is above the law.

“This is the day Democrats have been planning since the American people duly elected President Trump. Over the past few months, the Judiciary and Intelligence Committees have neglected legislative work and instead spent taxpayer dollars handpicking witnesses and hearing secondhand testimony. Adam Schiff’s closed-door hearings allowed him to selectively leak information that fit his narrative. Judiciary Committee’s only witnesses were law school professors and congressional staff. Democrats’ original claims of bribery didn’t even make it into the final articles of impeachment.

“Over and over, House Democrats have proved this is a sham process. It’s been an ever-changing narrative, dictated by primetime ratings and whatever happened to be polling well that day. For these and many other reasons, I voted against the articles of impeachment. This is one of the most serious and divisive tools Congress can use, and every other presidential impeachment had bipartisan support throughout. In this case, the only bipartisan votes have been cast against impeachment proceedings.

“Alexander Hamilton said it best in 1788, when writing Federalist No. 65: ‘In many cases it [impeachment] will connect itself with the pre-existing factions, and will enlist all their animosities, partialities, influence, and interest on one side or on the other; and in such cases there will always be the greatest danger that the decision will be regulated more by the comparative strength of parties, than by the real demonstrations of innocence or guilt.’ We should all be concerned about the damage these antics do to our Republic.

“I hope now that this vote is behind us Congress can focus on working for the people, and take up initiatives like fixing our health care, reforming forest management and lowering prescription drug costs.”