Why did Arkansas shift from a Democrat state to a Republican stronghold? 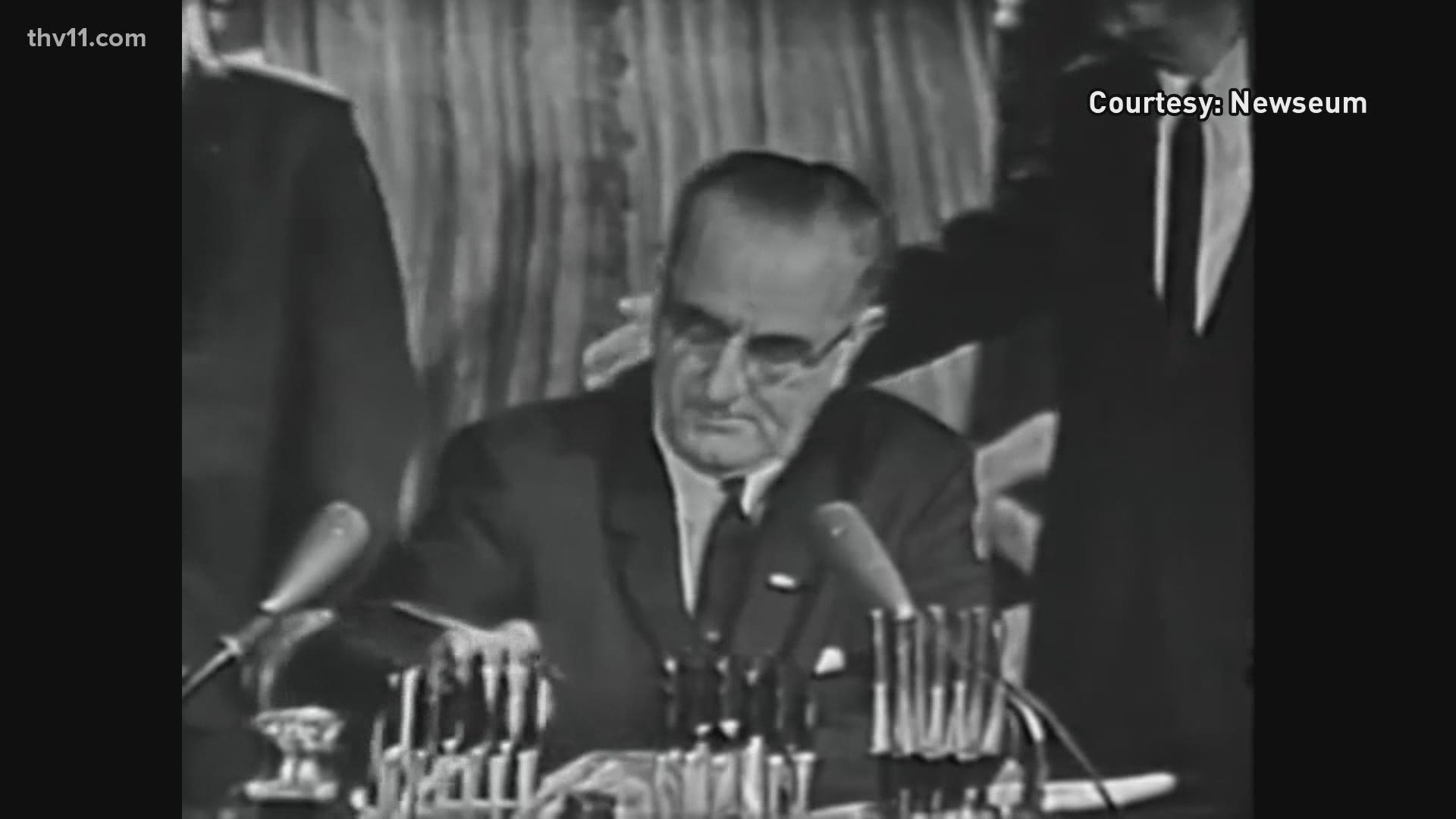 ARKANSAS, USA — When I was a kid in the ’50s and most of the ’60s, the general election was just an afterthought. The Democratic Party was so dominant, that when the Democratic Primary was held in May, that determined your winner.

The Democratic winner was the overall winner, it was a foregone conclusion.

At Donald Trump's rally in Little Rock in 2016, there was a packed Barton Coliseum. This image is a symbol of change in Arkansas. He’s expected to carry the state again.

Governor Asa Hutchinson and all statewide executives… Republican. The State Legislature? Republican. Over the last 50 plus years, there's a complete shift.

I turned to Skip Rutherford, the Dean of the University of Arkansas School of Public Service. No one is more well versed in Arkansas political history because he has seen it up close.

"You know when the Voting Rights Act and the Civil Rights Act were passed in the ’60s, the solid south moved from Democrat to Republican. The White voters left the Democratic Party.

Richard Nixon would seize the moment and accelerate the erosion of the democratic party in the south, and Skip pointed out to me Arkansas had another influence.

"People from White suburbia— from St Louis, Kansas City, other parts of the Midwest that moved to north Arkansas and brought with them a Republican tradition," Rutherford said.

The election of John Paul Hammerschmidt, a Republican in Northwest Arkansas in 1966, as well as Win Rockefeller for Governor, were early signals.

Arkansas started shifting long before people realized Arkansas was shifting, and yet among all the southern states, Arkansas was the last to go.

And that did it. While Governor Beebe would serve two terms during the Obama administration, Democrats one by one were voted out and the state that had been the last to go was now the life of the party.

When Lyndon Johnson won the presidency in 1964, he was the last Democratic presidential candidate to win the white vote, and so it has been for the last 56 years.