The new legislation declares invalid in the state any federal gun restrictions enacted on or after Jan. 1, 2021, that violate the constitutional right to bear arms. 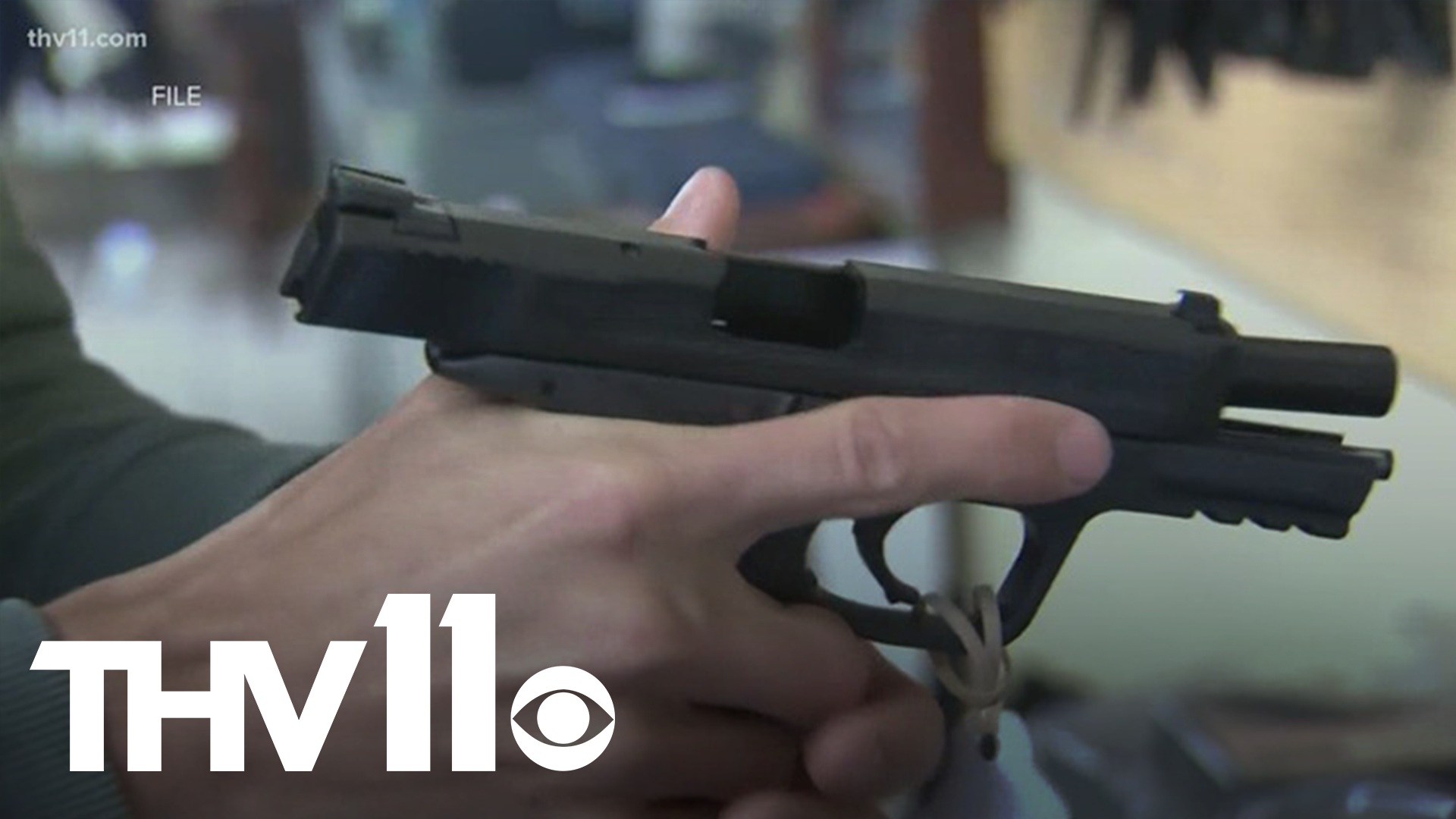 The new legislation declares invalid in the state any federal gun restrictions enacted on or after Jan. 1, 2021, that violate the constitutional right to bear arms. The House voted 79-20 along party lines to send the measure to Republican Gov. Asa Hutchinson, moments after the Senate approved the bill.

Republicans in Arkansas and elsewhere have been pushing to block federal gun restrictions — despite questions about the constitutionality of such measures — citing fears of new gun control measures under President Joe Biden’s administration.

“We are a country based on freedom and when our freedoms are threatened we must take action through the tools within our U.S. Constitution and our Arkansas constitution to protect those freedoms,” Republican Sen. Missy Irvin, a bill sponsor, said before the Senate approved it by a 26-6 vote, also along party lines, with one Democrat backing it.

The new Arkansas nullification measure seeks to ease concerns that prosecutors and law enforcement had raised about a bill Hutchinson vetoed last week that would have imposed criminal penalties on local and state police for helping enforce federal gun restrictions. The Senate voted Monday to override Hutchinson’s veto.

The House tabled an effort to override Hutchinson’s veto after advancing the bill Tuesday afternoon. Lawmakers gave the revised bill final approval in a brief meeting early Wednesday before wrapping up this year’s session.

Hutchinson didn’t say whether he would sign the House-backed bill, but said it has protections for law enforcement.

“I want to leave it to the General Assembly to see whether they can get that passed and do no harm to law enforcement, which is my goal,” Hutchinson told reporters.

Biden has called for gun control measures, including a ban on the importation of assault weapons, but any new legislation would face an uphill climb in Washington, D.C. Instead, the president has taken more limited executive action that includes efforts to crack down on “ghost guns,” homemade firearms that lack serial numbers and can be purchased without a background check.

The reworked measure prohibits state or local officials from enforcing any federal restrictions that conflict with the state Constitution’s right to bear arms or any other state law. Under the measure, elected officials who violate the prohibition could be charged with an unclassified misdemeanor while law enforcement officers could lose their certification.

But the measure does not prevent cooperation with federal authorities if the primary purpose isn’t investigating or enforcing new federal gun restrictions.

The head of the state prosecuting attorneys association, which had urged lawmakers to uphold Hutchinson’s veto, said the reworked measure addresses the group’s concerns that the original nullification bill would have jeopardized ongoing criminal cases.

The executive director of the Arkansas Sheriffs’ Association, which opposed the bill Hutchinson vetoed, said the group did not oppose the new bill.

Lawmakers in more than a dozen states have introduced similar bills this year seeking to nullify federal gun laws. Several states passed nullification laws under former President Barack Obama, but judges have found them unconstitutional. So far, Arizona and Montana have enacted similar measures to nullify gun laws this year.

On Saturday, Hutchinson effectively approved a separate measure that restricts the federal regulation of guns manufactured in the state — allowing it to become law without his signature as he raised concerns about its constitutionality. The House on Wednesday voted to recall another bill lawmakers sent to Hutchinson that would have required legislative ratification of any federal gun restrictions. The governor had raised similar concerns about the impact of that measure if it were enacted.

The issue has sharply divided Republicans, who control both chambers of the Legislature. Republican Sen. Trent Garner, who participated remotely in Wednesday’s proceedings, could be heard muttering “piece of garbage” after voting for the reworked bill and later called it a watered-down version of what the legislature had already passed.

“It’s better than nothing, but barely,” he said.

Opponents have said the efforts are unconstitutional and will mislead people that the state has the power to declare federal restrictions invalid.

“We are forgetting and neglecting a fundamental truth,” Democratic Rep. Ashley Hudson said Tuesday. “We as a state legislature do not legislate federal policy.”

On Wednesday, April 28, Gov. Hutchinson confirmed he would sign the reworked bill nullifying gun restrictions. Critics say the bill would be unconstitutional and create confusion.