In the Arkansas Poll, both Pres. Trump and Sen. Cotton had "strong support" and respondents were concerned with healthcare and the economy. 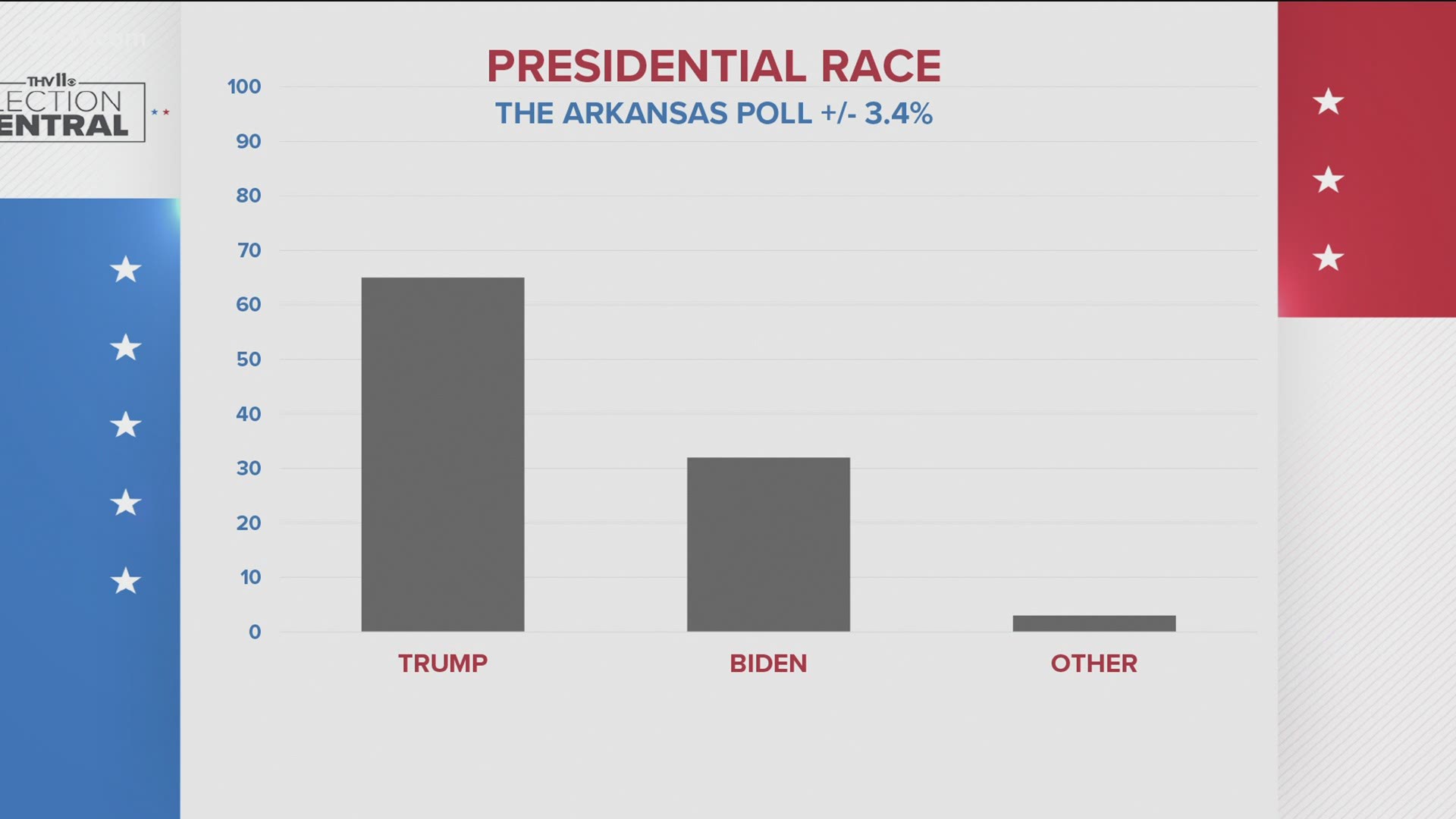 LITTLE ROCK, Arkansas — In a new Arkansas poll, a majority of respondents showed "strong support" for both President Donald Trump and U.S. Senator Tom Cotton just under a week before the 2020 elections.

The 22nd annual poll released by the University of Arkansas Department of Political Science polled 804 Arkansans in October on several issues including the elections, ballot measures, the pandemic and the Black Lives Matter movement.

According to the poll, 65% said they supported Trump over former Vice President Joe Biden in the presidential election.

The top three concerns among respondents were healthcare, economy and politics.

"If Republicans and Democrats agree on just one thing in 2020, it's that the republic is in bad shape," said Janine Parry, professor of political science at U of A.

Parry said that while "it appears Trump will win fewer states" in 2020, he is expected to increase his vote shares in Arkansas.

"This speaks to Arkansas's recent switch to the Republican brand," Parry said, "a wholesale reversal of fortune in just a decade's time."

The majority of respondents also favored Issues 1 and 2 while opposing Issue 3.

RELATED: What are the Arkansas amendments and measures on the 2020 ballot?

In regards to the COVID-19 pandemic, 59% said Pres. Trump was doing an "excellent or good job."

A total of 44% respondents said they supported the Black Lives Matter movement while 52% either strongly or somewhat opposed it.

The average age of those polled was 64 with 81% of the respondents being White. Under 10% of respondents were Black and 4% were either Hispanic or Native American.

You can read the full summary of the poll by clicking here.