Political analysts said turning Texas blue is not a crazy idea based on demographics since Texas is no longer a solid red state. 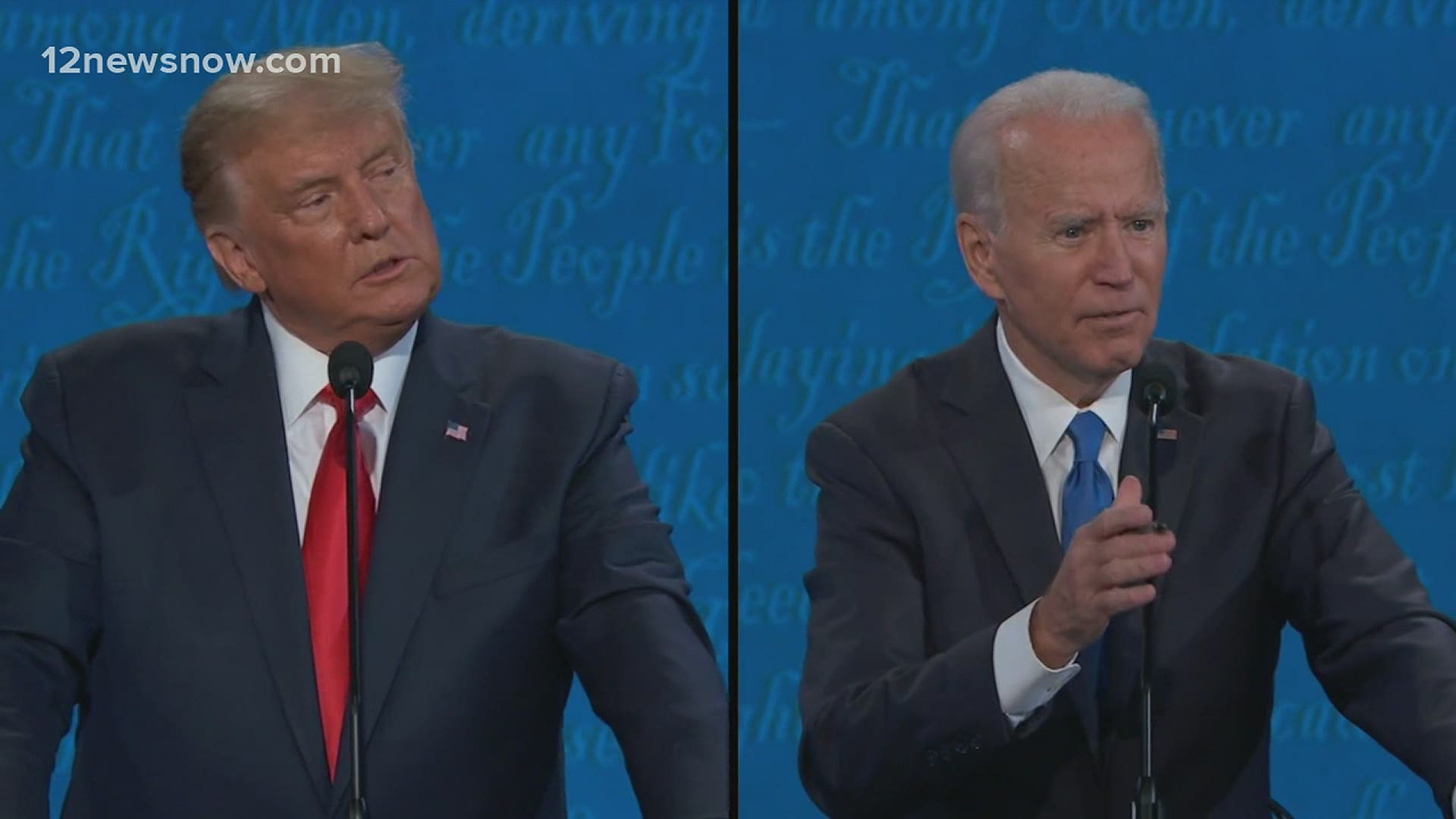 BEAUMONT, Texas — The Biden campaign is now trying to walk back his comments about the oil industry at the end of Thursday night's debate.

The comments created a problem for the presidential candidate in battleground states like Texas and Pennsylvania.

Before this week's debate, Texas was considered up for grabs and Biden may have had a slim chance at winning Texas, but Thursday night may have ended with Biden losing Texas. Since Biden has a mixed record on this issue, Taschinger said, last night did not help.

President Trump asked Biden, "Would you close down the oil industry?"

"I will transition from the oil industry, yes," Biden said. "It has to be replaced by renewable energy, over time."

"I think it shifted Texas to Cornyn and Trump if it had any effect at all," Taschinger said.

According to the Texas Oil and Gas Association, the industry supported more than 428,000 direct jobs and paid more than 16 billion dollars in state and local taxes during the 2019 fiscal year.

"He's saying transition, now that's the big word," Taschinger said. "We will transition away from fossil fuels and into renewable energy, which is frankly the way American energy is going anyway. Solar and wind are way bigger than people realize."

A March 2020 analysis from the U.S. Energy Information Administration showed that Texas leads the nation in wind-powered electricity generation, producing almost three-tenths of the U.S. total in 2019.

While Biden may have lost undecided Texas voters, Taschinger said be believes the odds are still in his favor nationally.

"Again, Trump is behind, whether his people will admit it or not, he is," he said. "Trump needed a win, a clear, dominating performance. He didn't get that."

When it comes to the possibility of turning Texas blue, Taschinger said it's not a crazy idea based on demographics alone. He said Texas is no longer a solid red state.