In his push for legislation, the governor singled out Harrison and Boone County as a place most identified with a racist legacy. 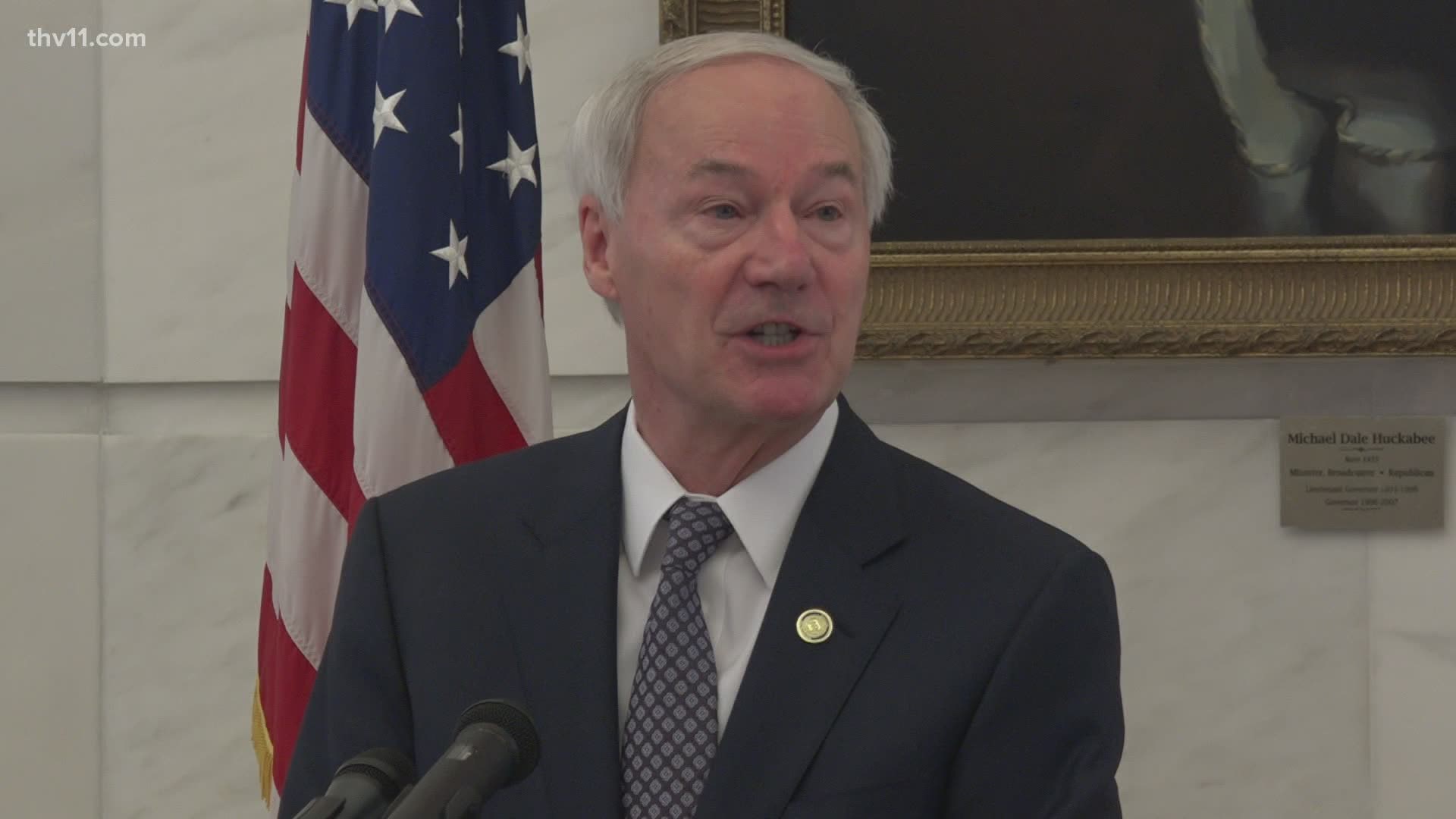 LITTLE ROCK, Ark — A bipartisan push is on at the Arkansas State Capitol looking to end the state's distinction as one of only three without a hate crime law.

Gov. Asa Hutchinson threw his support behind draft legislation that would add sentencing enhancements to certain crimes if they target people because of race, religion, or sex.

The theme of the announcement, which featured the Republican governor followed by a parade of legislative, business, and faith leaders from both sides of the aisle, focused less on crime and more on mending reputations, beginning at the local level.

"I pray it will not be a struggle, because why do we have to struggle to do the right thing for our state and the people in our state," said State Sen. Joyce Elliott (D - Little Rock), who pointed to previous efforts to pass similar legislation, only to be stymied by opposition from church groups.

"The urgency of this legislation is even greater today," the governor said after describing his regrets while prosecuting neo-nazis in northern Arkansas decades ago and not having hate crime tools in his arsenal.

The governor singled Harrison and Boone County as a place most identified with a racist legacy. A national leader of the Ku Klux Klan settled near the city in the 1970s and billboards advocating white supremacy can be found along the main highway. Officials who went to Wednesday's announcement say relatives continue to tarnish the image of the area, but they are ready to play a role in changing that.

"Our perception up in Harrison kind of gives the whole state that perception," said Mayor Jerry Jackson. "We feel bad about that. We understand, and we've been fighting it ourselves."

"Because of some of the organizations that at one time flourished there, we've had problems in the past, but it hasn't been for many, many years," said County Judge Robert Hathaway.

Those local leaders are taking the opportunity offered to them to join what appears to be a unified front with still more than five months before a debate or vote could take place.

But sponsors of the bill are still prepared for some resistance when the General Assembly convenes in 2021. The conservative group Arkansas Family Council is opposed, raising First Amendment concerns over bills they say punish people for their beliefs.

"If we have the opportunity to deter people from acting on that hate," said State Rep. Fred Love (D - Little Rock). "I believe it is imperative we use the means of legislation to ensure we do that."

The governor pointed to the overall message for reasons to push the bill into law.

"It's important for demonstrating that Arkansas is a place that you can live and be safe and we're not going to tolerate hatred," he said.