Arkansas legislature argues over masks on 1st day of session

Lawmakers argued over mask mandates in the Senate while the winner of a close House race was sworn in during the first day of the session. 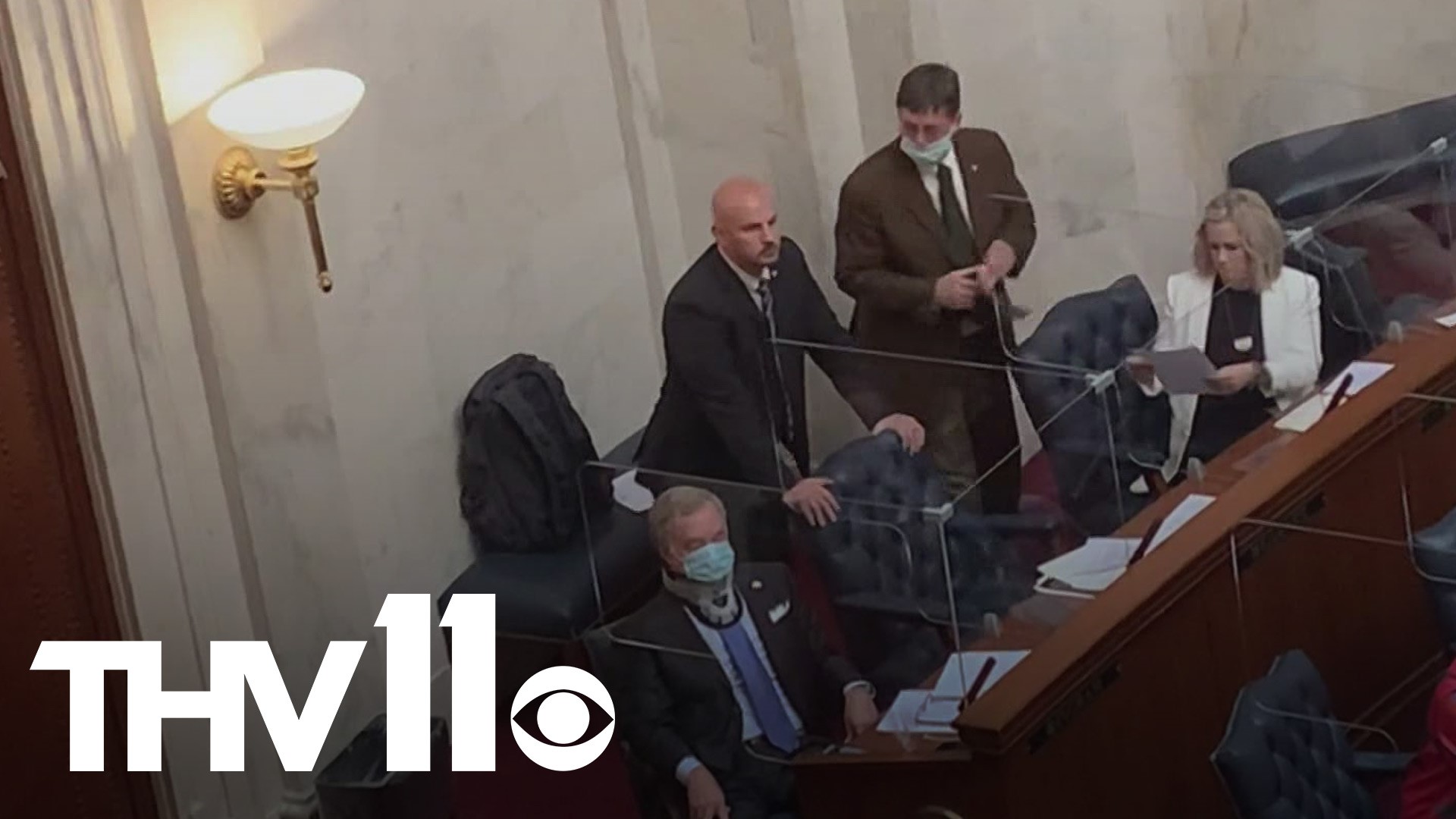 The typically ceremonial opening featured a few unusual wrinkles as lawmakers set down rules on how to conduct business amid a pandemic that has seen more than 20 lawmakers infected since the virus arrived in the state.

In the Arkansas House of Representatives, a question of whether there would be a significant objection to the results of one of the few Democratic pick-ups, went answered in one of the first procedural votes.

That's when lawmakers overwhelmingly approved the certified election results as announced by state Secretary of State John Thurston, including the razor-thin victory for Rep. Ashley Hudson in District 32.

The west Little Rock attorney defeated Jim Sorvillo in November by a couple dozen votes. Sorvillo has been trying to force a new election after a box that included disqualified ballots mistakenly were counted.

Sorvillo has been rebuffed in the courts and the state claims commission. An attempt to appeal the latter decision could still take place, but for now, Hudson has the seat.

Over in the state Senate, angry debate cropped up on a day usually reserved for a ceremony when state Sen. Stephanie Flowers (D - Pine Bluff) pushed to add some bite to proposed rules mandating mask wearing in the chamber and nearby study called the "quiet room."

"The presiding officer shall inform the member that he or she shall forfeit that day's per diem," said Flowers. At that point, conservative members groaned and state Sen. Trent Garner (R - El Dorado) took his mask off and threw it on his desk.

"Unfortunately, I think Senator Flowers put in a draconian, unusable rule which would have destroyed our chamber's ability to operate," Garner said in an interview outside the chamber. "I think it was done more out of spite than actual safety reasons."

That accusation of spite, which came up as senators questioned Flowers, prompted Sen. President Jimmy Hickey (R - Texarkana) to call for members to dial back the rhetoric on what he hoped would be an easy first day leading the upper house.

"If we could, let's just keep this work not personal," he said. "Let's talk about policy."

Elsewhere in the Capitol, a group of about 20 gun rights advocates gathered for an impromptu meeting despite signs and seating arrangements designed to discourage gatherings in the building.

The group had billed the day as a chance to "Meet Your Legislature" on Facebook, but had been unable to go to lawmakers' offices. Capitol and State Police did not appear to stop the group from meeting.

Groups like that will also have to navigate stringent rules about testifying at committee hearings.

Guidelines that were formally approved by both houses say people will have to have specific business before a committee or specify which bills they plan to testify about.