Dan Whitfield is an independent candidate who continues to campaign without being on the ballot. 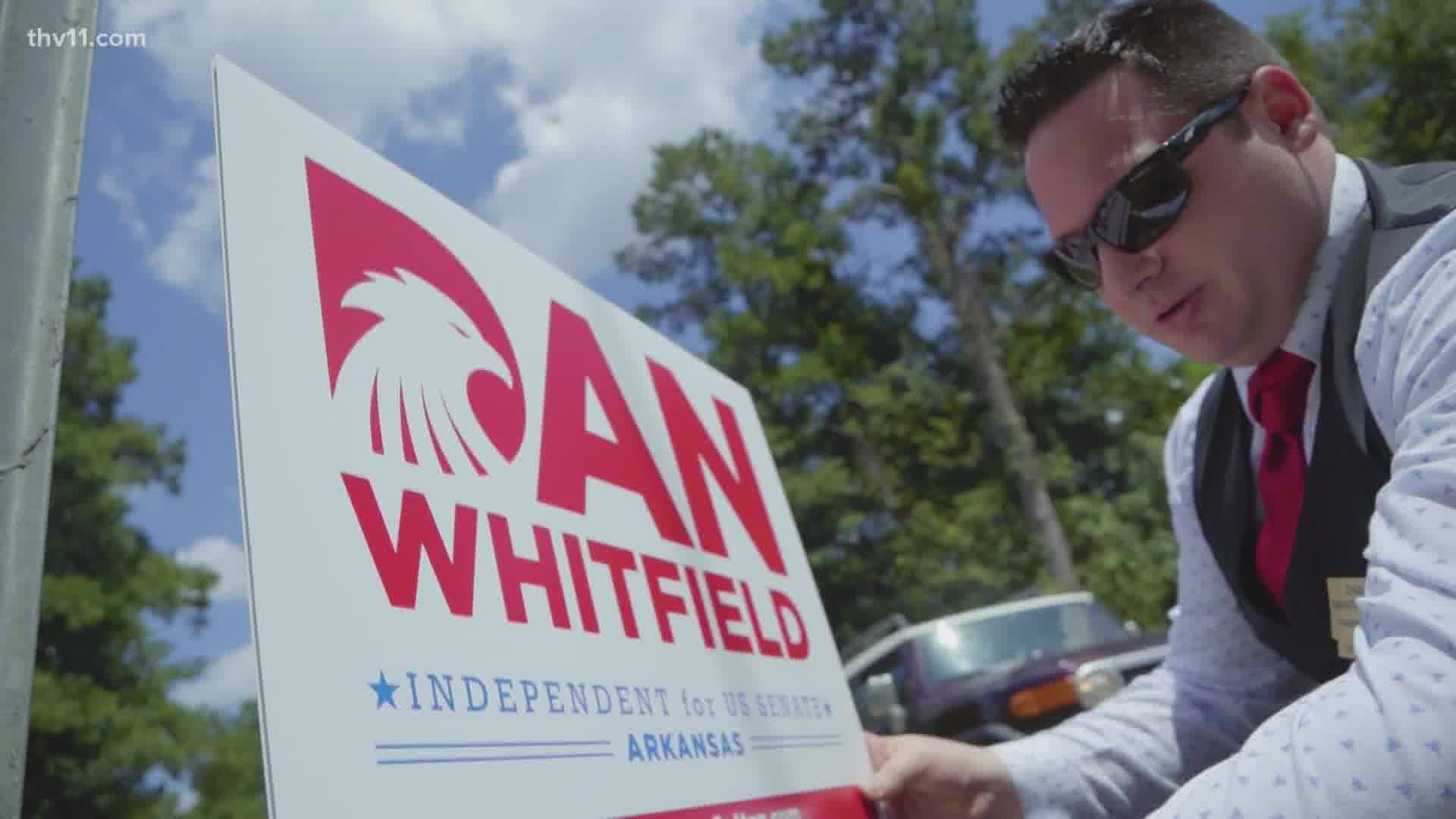 LITTLE ROCK, Ark — The major candidates with strong financial backing dominate the political landscape. But there are hidden stories in a part of this election that are just as intriguing.

A large number of posts from friends and supporters of Dan Whitfield have been coming in.

They're all wanting to know more about Whitfield's attempts to get on the Arkansas ballot.

He has no party affiliation. His donor levels are very small. He had to circulate petitions to get on the ballot... and this is where he hit a run of bad luck.

"As an independent running for United States Senate, I needed 10,000 signatures on a fixed collection period between February 1st and May 1st," Whitfield explained. "And on March 13th, the governor issued a state of emergency, closing schools down, closing businesses, everybody was rushing to get supplies and the quarantine severely affected our signature collection efforts."

Whitfield continues to campaign without being on the ballot.

He has had one appeal denied, but has a second one coming September 21, after the ballots are printed. Still, Dan Whitfield is not giving up and neither are his supporters.