Marie Brooks first voted in the 1940s. Now it's 2020, and she led five generations of her family to the polls one week before Election Day. 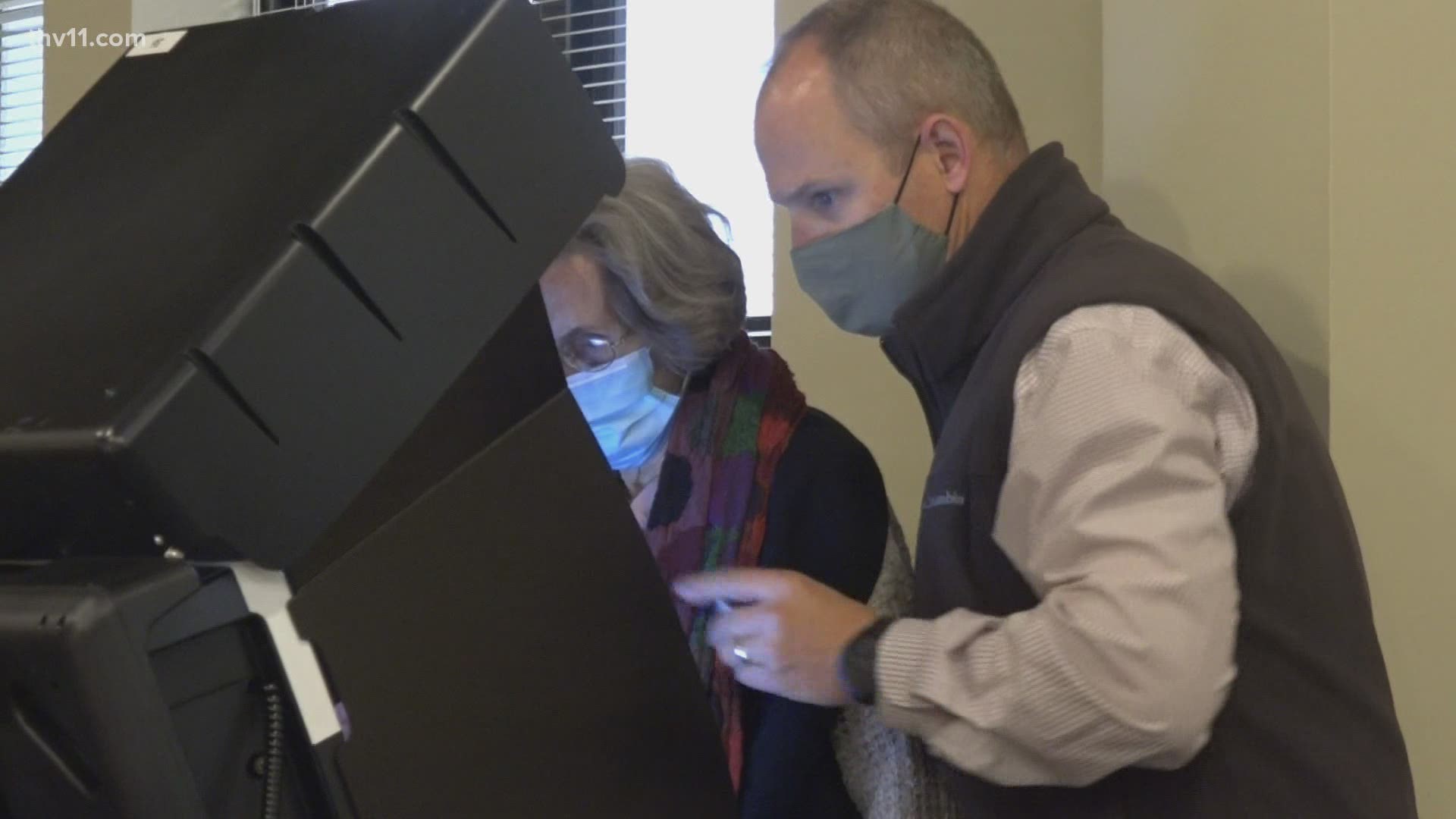 But for anyone slacking off from heading to the polls, Marie Brooks is living proof there's no excuse for it. And she's been living on the planet for 100 years.

"I just wanted to exercise my right to vote," Brooks said Tuesday after leading five generations of her family to the Clark County early voting center in Arkadelphia.

With her grandson-in-law escorting her, Brooks had no problem with the pandemic procedures in place, bantering with the poll worker who checked her in from behind plastic glass. Voter I.D. wasn't a problem because she still has a valid drivers license. Her family said a few years ago she probably would have tried to drive herself to the polls. She told the poll worker a fall has since slowed her down a little.

She still lives in her own home and is retired from working retail alongside her late husband, who managed Spencer's and Magic Mart five-and-dime stores across the region.

That retirement started six presidents ago. She adjusted adeptly to using a stylus on the touchscreens of the voting machine for this presidential decision.

"The technology, I've tried to go with it. I haven't had any trouble with it," she said.

It's been a big week for Brooks, fresh off a weekend pandemic birthday parade complete with police cars and city leaders. She sees voting as a basic way to return the compliments and to leave open the option to lodge a complaint.

"I think everybody should exercise that right and if you don't, you shouldn't be complaining about what's going on," she said, adding that everybody always has complaints about their elected officials.

Her advice to select the leaders ready to solve those complaints was the closest she came to tipping her political leanings.

While she plays down the significance of the trip, it's not lost on the generations following her.

"It's 2020. It's the 100th year anniversary of women having the right to vote and just think that that's a really powerful thing," said Carson Burnham, a junior in high school, who documented his great grandmother's vote for his school's broadcasting program. "If my 100-year-old great grandmother can get herself out of her chair and vote, then I feel like anybody can."

The trip also provides a takeaway for people heading to the polls to vote out of anger or frustration. Remember, the election is mostly about the next four years. Brooks has an outlook that has helped her live 25 times that.