Some are calling on boycotts of these companies - and the state of Georgia. 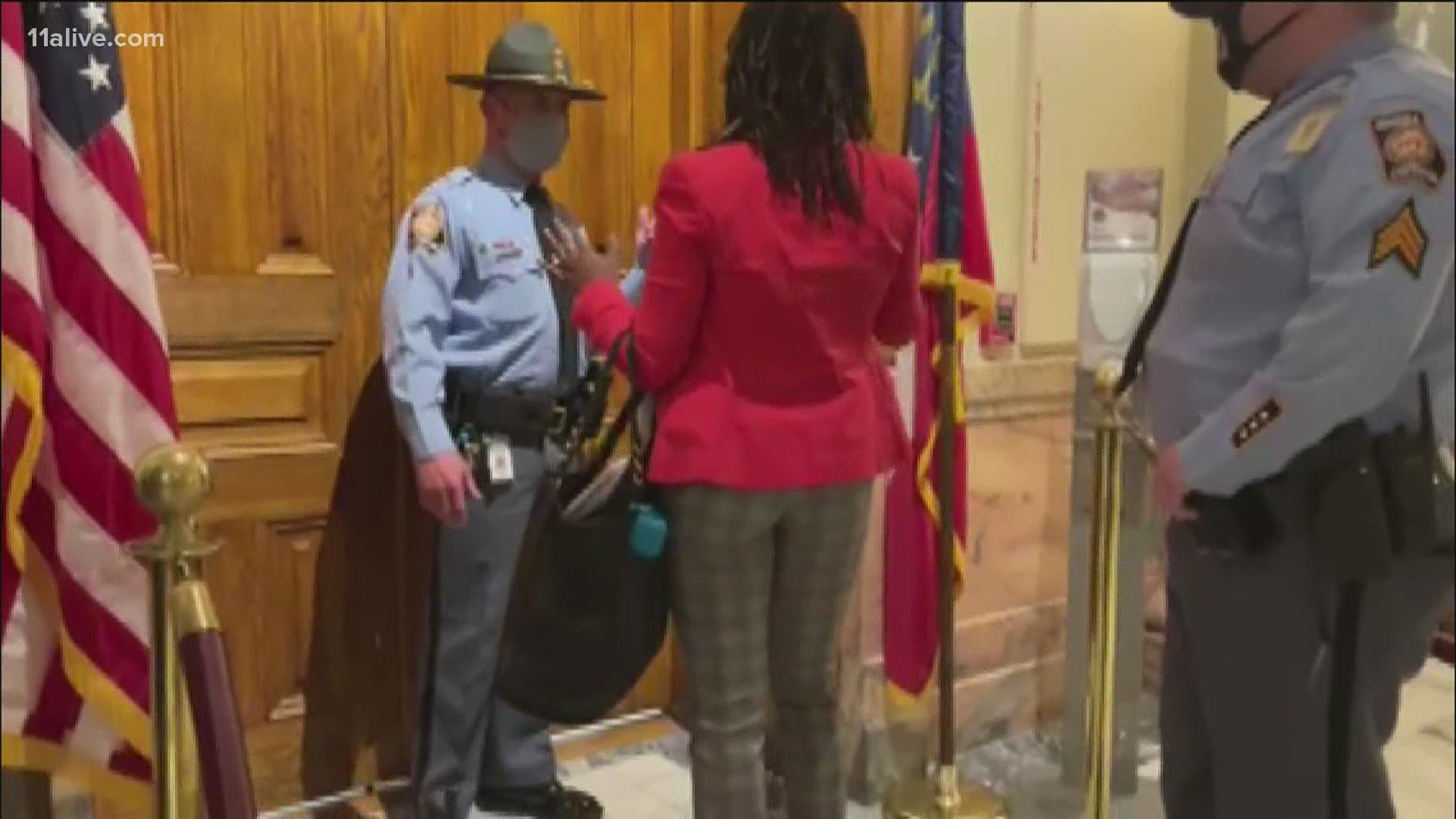 ATLANTA — In light of Gov. Brian Kemp signing new voting legislation into law and calls to boycott Georgia-based companies, we are reaching out to some of the state's largest businesses to get their response to the new law.

The controversial law places new restrictions on voting by mail and greater legislative oversight of elections. It is facing legal challenges and gaining national attention, as the state continues to garner the political spotlight.

Opponents are using the term "Jim Crow 2.0" to describe the bill on social media, drawing on the legacy of the segregationist practices that systematically disenfranchised Black voters, among other things.

Activists are calling on boycotts of the Georgia-based companies, which could also threaten sporting events and the film industry.

Here is what they said about the new laws:

We remain committed to our previously stated principles that voting should be easy, accessible, secure and transparent. We have been engaged in the process and will continue to be actively involved to ensure that every eligible Georgian can exercise their right to vote, which is the cornerstone of our democracy.

“Every voice and every vote matters and should be heard through our democratic process in Georgia. The right to vote is simply sacred. We should be working to make voting easier, not harder for every eligible citizen. To that end, AMBSE leadership, along with our nonprofit partners, conveyed that ideal directly to state officials in recent weeks. Our businesses and family foundation will continue to actively support efforts that advance voting access for the citizens of Georgia and across the nation.”

“As the first sports franchise in the U.S. to open its venue as a safe, efficient voting site during the pandemic, we have taken real, visible action to ensure voting is accessible to our community. The right to vote is the most fundamental citizen’s right and we at the Hawks view ourselves as a civic asset – not a partisan organization – and remain committed to endorsing steps that promote equality and encourage participation by all who seek to cast a ballot.”

We believe voting is a foundational right in American and access should be broad-based and inclusive.

Throughout the legislative session, we have been active with the Metro Atlanta Chamber in expressing our concerns and advocating for positive change in voting legislation. We, along with our business coalition partners, sought improvements that would enhance accessibility, maximize voter participation, maintain election integrity, and serve all Georgians.

We will continue to identify opportunities for engagement and strive for improvements aimed at promoting and protecting the right to vote in our home state and elsewhere.

Delta believes that full and equal access to voting is a fundamental right for all citizens. Over the past several weeks, Delta engaged extensively with state elected officials in both parties to express our strong view that Georgia must have a fair and secure election process, with broad voter participation and equal access to the polls. The legislation signed this week improved considerably during the legislative process, and expands weekend voting, codifies Sunday voting and protects a voter’s ability to cast an absentee ballot without providing a reason. For the first time, drop boxes have also been authorized for all counties statewide and poll workers will be allowed to work across county lines. Nonetheless, we understand concerns remain over other provisions in the legislation, and there continues to be work ahead in this important effort. We are committed to continuing to listen to our people and our communities, and engage with leaders from both parties to ensure every eligible employee and Georgia voter can exercise their right to vote.

We believe that all elections should be accessible, fair and secure and support broad voter participation. We’ll continue to work to ensure our associates, both in Georgia and across the country, have the information and resources to vote.

For example, we promoted voter participation in the last election through our internal Get Out The Vote initiative, confirming 15,500 voter registrations among our associates. In addition, we matched more than 1,800 associates with local opportunities to volunteer at polling locations across the country, including 600 technology worker volunteers in Atlanta to support complex technology issues and cybersecurity related to the election. We also donated 9,200 plexiglass dividers across Georgia to help meet poll station safety requirements.

As a Georgia resident and business owner I’ve been here a few times with the anti-abortion bill and the LGBTQ discrimination bill. They all sent a shockwave through Georgia and the nation but none of them managed to succeed. I’m resting my hope in the DOJ taking a hard look at this unconstitutional voter suppression law that harkens to the Jim Crow era. As some consider boycotting, please remember that we did turn Georgia blue and there is a gubernatorial race on the horizon - that’s the beauty of a democracy.

11Alive will update this list and add any new information we get from these corporations.