Lawsuit filed to allow counting of all Arkansas absentee ballots

The lawsuit alleges Arkansas's Absentee Ballot Statute "puts thousands of absentee ballots at risk of not being counted." 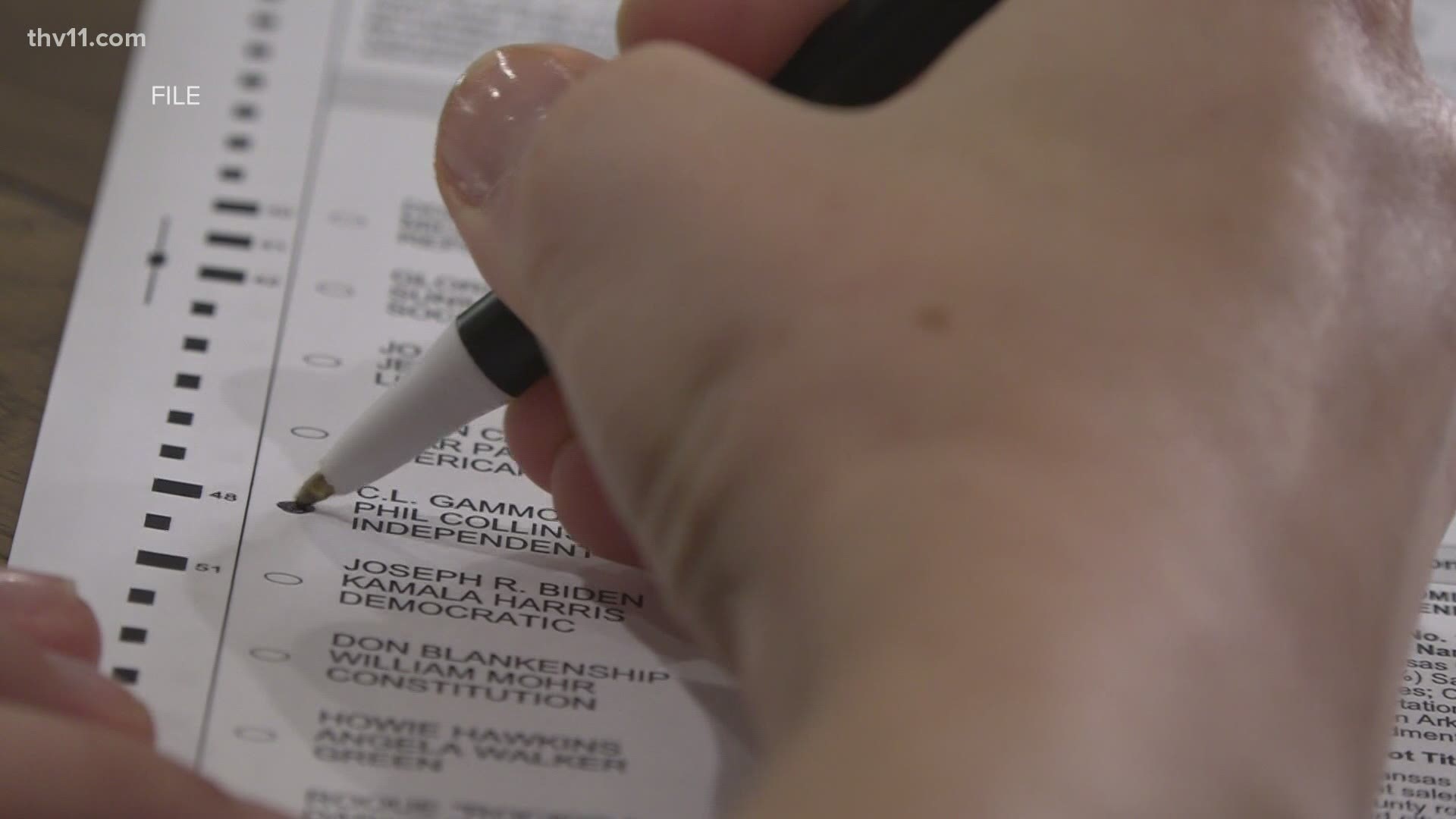 LITTLE ROCK, Ark — Attorneys from the law firm of Quattlebaum, Grooms, & Tull, in a coordinated effort with the National Lawyers Guild of Arkansas and the Young Black Lawyers’ Organizing Coalition (YBLOC), filed a lawsuit on behalf of two individual Arkansas voters.

The lawsuit against Arkansas Secretary of State John Thurston and members of the State Board of Election Commissioners challenges Arkansas’s Absentee Ballot Statute that "arbitrarily cuts off absentee ballot counting at 7:30 p.m. on Election Day," and "puts thousands of absentee ballots at risk of not being counted."

"Even though my absentee ballot might have been in a month ago, if 7:30 p.m. comes and they haven't counted it, I, under that statute, lose my right to have my vote counted," said John Tull, one of the lawyers involved in the suit.

This year, with the threat of COVID-19 looming over the election, Gov. Hutchinson signed Executive Order 20-48 that allows all Arkansans to vote absentee if they are concerned that voting in person may be a risk to their health.

Given the grave health concerns that COVID-19 poses in Arkansas, the governor’s executive order greatly expanded Arkansans’ use of absentee voting, which makes the enforcement of the challenged law even more troublesome.

However, Arkansas Attorney General Leslie Rutledge said that's not what the interpretation of the law means.

In a statement to THV11, Rutledge said, "Every timely and validly cast absentee ballot must be counted regardless of how long that process takes."

Arkansans submitted over 118,000 requests for absentee ballots, approximately 70,000 of which have already been returned—up from 30,000 that were submitted in the 2016 election.

Plus, some counties have high-capacity counting machines that can count 3,000 ballots in an hour. Pulaski County is preparing to use the machine only for absentee ballots as they have sent out more than 25,000 absentee ballots.

The Pulaski County Election Commission agrees your vote will be counted as long as it's in before the polls close.

"If you were in line at 7:30 p.m., you're going to be able to vote no matter how long it takes for that line to be processed, and if the clerk's office received an absentee ballot by 7:30 p.m. then that ballot is going to be counted," said Pulaski County Election Commissioner Joshua Price.

The case is in limbo right now due to arguments over whether it should be filed in state or federal court.