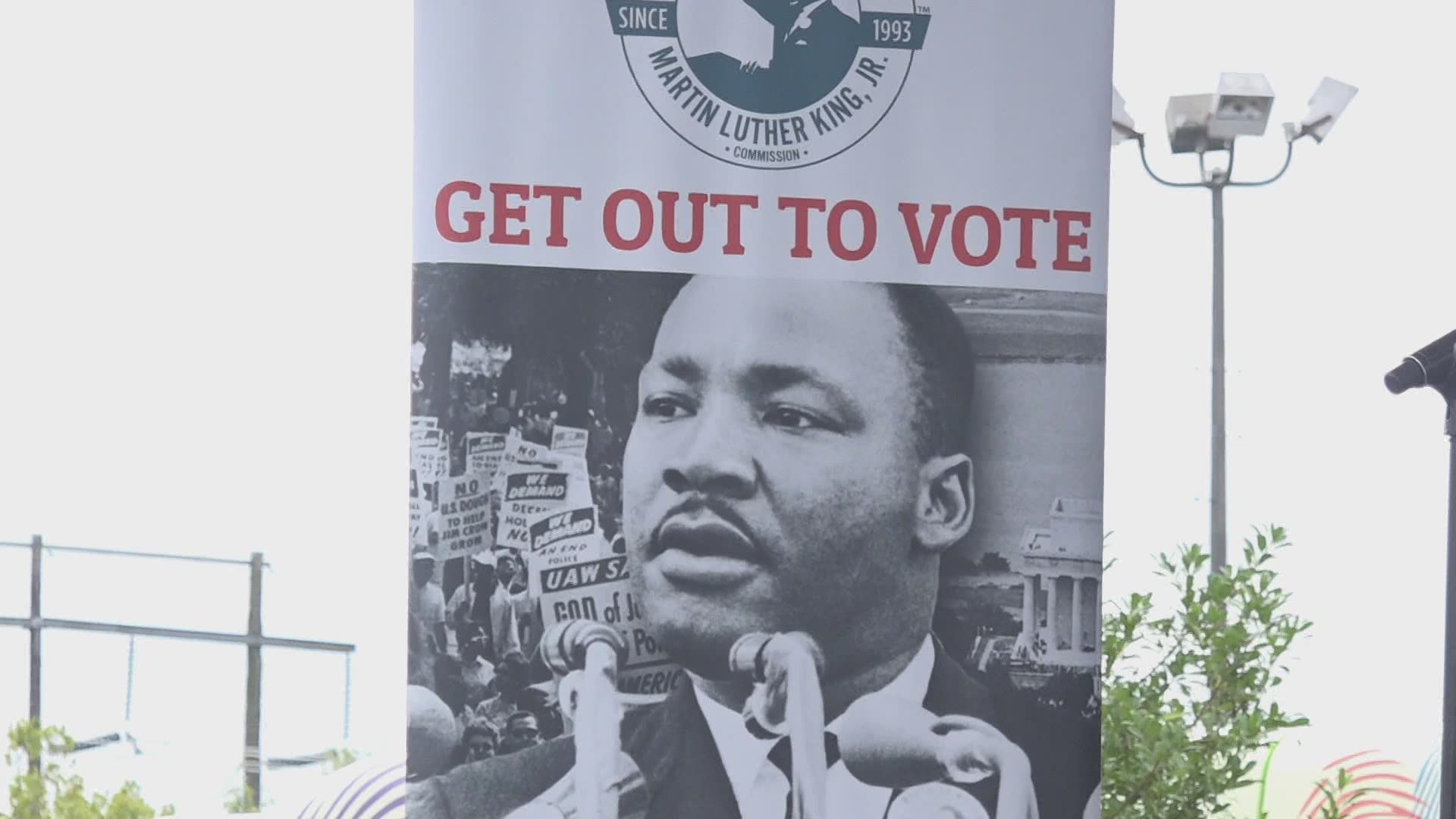 LITTLE ROCK, Ark. — A youth summit and celebration of civil rights milestones Saturday provided the setting for an urgent call to Black voters in Little Rock to join the political process.

Put on by the Arkansas Martin Luther King Jr. Commission outside Mosaic Church in the heart of a minority neighborhood, the socially distant fair-like atmosphere was a non-partisan event. The speakers and performers avoided mentioning specific candidates, and focused instead on a message of the importance of voting.

Organizers had signs of Dr. King's legacy everywhere. Speaker after speaker referred to that legacy in between dance, musical and martial arts performances.

"We don't tell anybody who to vote for. We're recognizing the 55th anniversary of the Voting Rights Act," said DuShaun Scarbrough, the executive director of the MLK Commission. "We're sharing very pertinent information that Dr. Martin Luther King Jr. and many other foot-soldiers fought for."

Featured guests included actor/comedian Joe Torry, who did his best to avoid directly mentioning current political candidates, but was among many nodding to the social and public health challenges weighing on minority communities.

"People have un-channeled energy and they're willing to put it anywhere," Torry said. "The more that they become informed at activities and events like this, you make the world better. I'm not saying make America great again, but you make life better again."

Torry appeared alongside rap artist Yo-Yo toward the end of the program. The African-American heads of the city's two main law enforcement agencies spoke early-on, with embattled Little Rock Police Dept. Chief Keith Humphrey and Pulaski County Sheriff Eric Higgins, stressing the need to vote in races beyond the one for the White House.

"This is about getting young people to understand that your vote matters," Sheriff Higgins said. "I know that the fact that I'm the first African American sheriff in 200 years [in this department], that says a lot of the opportunity."

RELATED: Three things that will get your 2020 ballot rejected | VERIFY

The program managed to draw on examples of efforts past, efforts in the present, and perhaps efforts beyond November 3.