Some say that increasing minimum wage could lead to higher unemployment rates, while supports say businesses will adapt to the gradual increase. 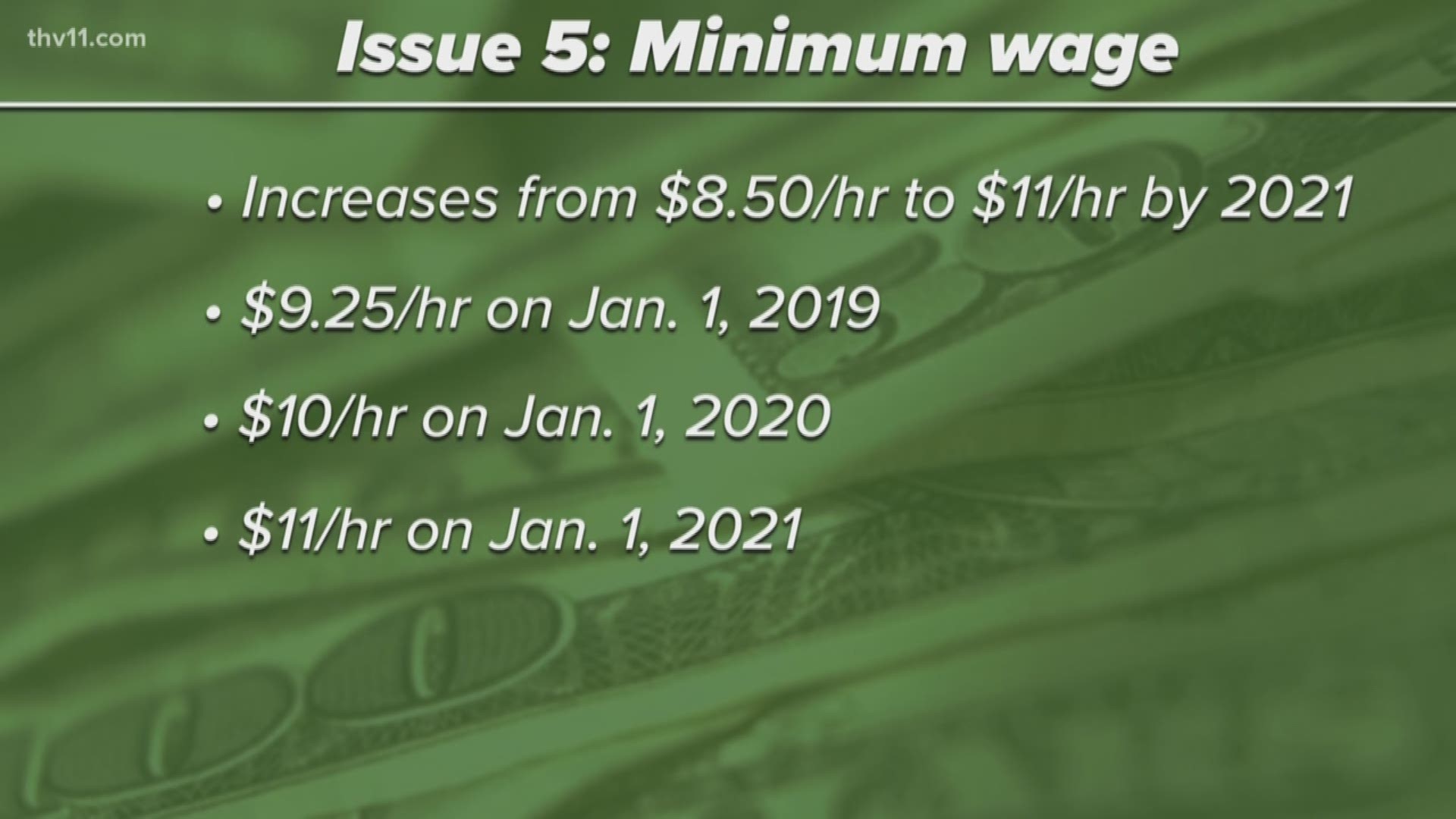 LITTLE ROCK, Ark. (KTHV) - Issue 5 could shoot deep-red Arkansas to the lead over coastal blue states when it comes to the minimum wage. The state already made a statement on this issue back in 2014 when a minimum wage hike got bipartisan support in that election. Now David Couch, an expert at getting issues before voters is back four years later with another ambitious and popular proposal.

“It’s not surprising to me about 65 percent of people in the state of Arkansas are in favor of raising the minimum wage,” Couch said from his office adorned with signs harkening back to his last election success: the Medical Marijuana Amendment in 2016. “Those numbers are about what we saw when voters raised the minimum wage in 2014.”

This latest proposal juices the lowest legal pay rate from the current $8.50 an hour to $11 in 2021. That doesn't sound as dramatic as the "fight for $15" going on in other parts of the country, but if it passes, it would give Arkansas the highest minimum wage relative to what the median wage is here.

That is concerning to academics at places like the University of Central Arkansas, where they study both sides of the debate but can also show a direct effect on one group that's supposedly helped by a higher minimum wage: Working students.

“As a young worker with no experience, somebody might be willing to hire you at nine dollars an hour, but they might not be willing to hire you at 11 dollars an hour,” said Dr. Jeremy Horpedahl, an assistant economics professor, who said Arkansas is like other states experimenting with wages like this. “The biggest argument against it, the biggest possible downside is it will cause a lot of unemployment. So the very people we're trying to help by increasing their wage, as they become more expensive to hire them, fewer employers might want to hire them.”

But Couch points to the gradual nature of his proposal to counter any fears of business owners.

“Businesses can plan for it, and it's 75 cents an hour,” Couch said. “That's not a whole lot of money a week for a business.”