With election day approaching and early voting underway, number crunchers are tracking all kinds of trends including gauging how many young people will vote this year. 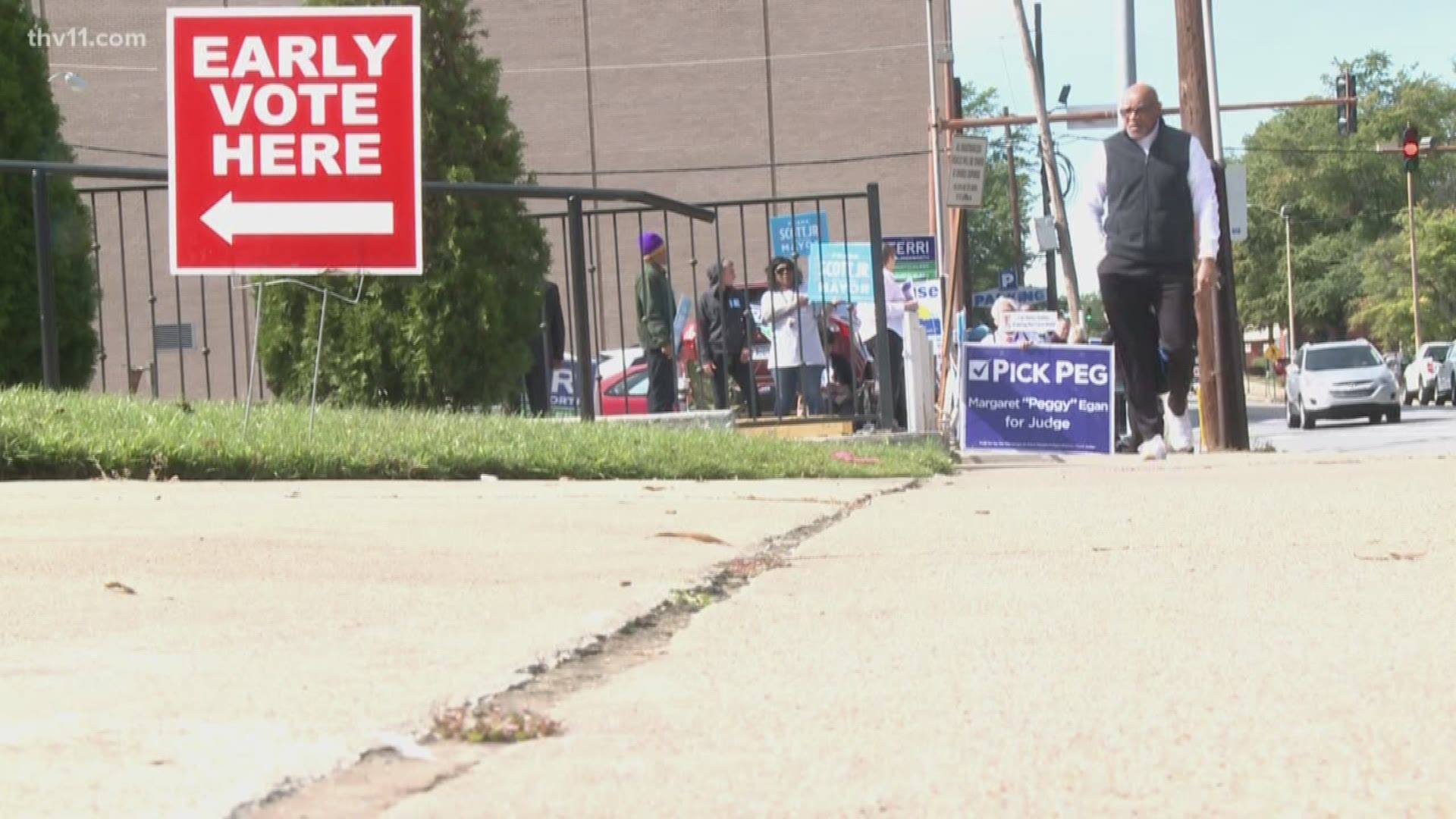 With election day approaching and early voting underway, number crunchers are tracking all kinds of trends including gauging how many young people will vote this year. So far there are mixed signals.

Experts remain focused on "fundamentals” like how a midterm is a statement on a president’s first two years. Overall voter turnout is lower in the midterms and young people don't vote relative to older people.

“We saw that the USA Today numbers say that young voters are going to show up less,” said Dr. Dylan McLemore, an assistant professor of Public relations at the University of Central Arkansas. “Then there are polls, one from Harvard, saying they're going to show up more than ever before.”

At the University of Arkansas, Little Rock, a political science professor has been tracking similar numbers and stacking them against what is established.

“We have data that shows young people typically don't turn out to vote at the same rate as older people,” said Dr. Christopher Williams. “This is just a well-known fact. An empirically verified fact. But in Texas, early voting there is looking like a presidential election. That means more young people then they saw in 2014.”

Arkansas has seen strong early voting numbers as well, but pinning down where the most enthusiasm is has been harder.

“There's certain student groups. There's pockets on campus that are very energized and big on getting out the vote,” said Dr. McLemore. “Then others that seem to have the same malaise we typically see in a midterm.”

If young people vote in large numbers, it figures to help one side.

“Anytime young people show up to vote that's a benefit to Democrats and I think the same thing would be true in Arkansas,” said Dr. McLemore.

Dr. Williams will be using the ratio of older to younger voters before making predictions.

“Does that mean that relative to older voters, younger voters are going to show a larger percentage,” asked Dr. Williams. “I think that has yet to be seen. It’s definitely a possibility, but I wouldn't place a large bet on it.”