The bill would mean people convicted of a hate crime could get 20% more for their penalty. Arkansas is one of the only states without a hate crime law. 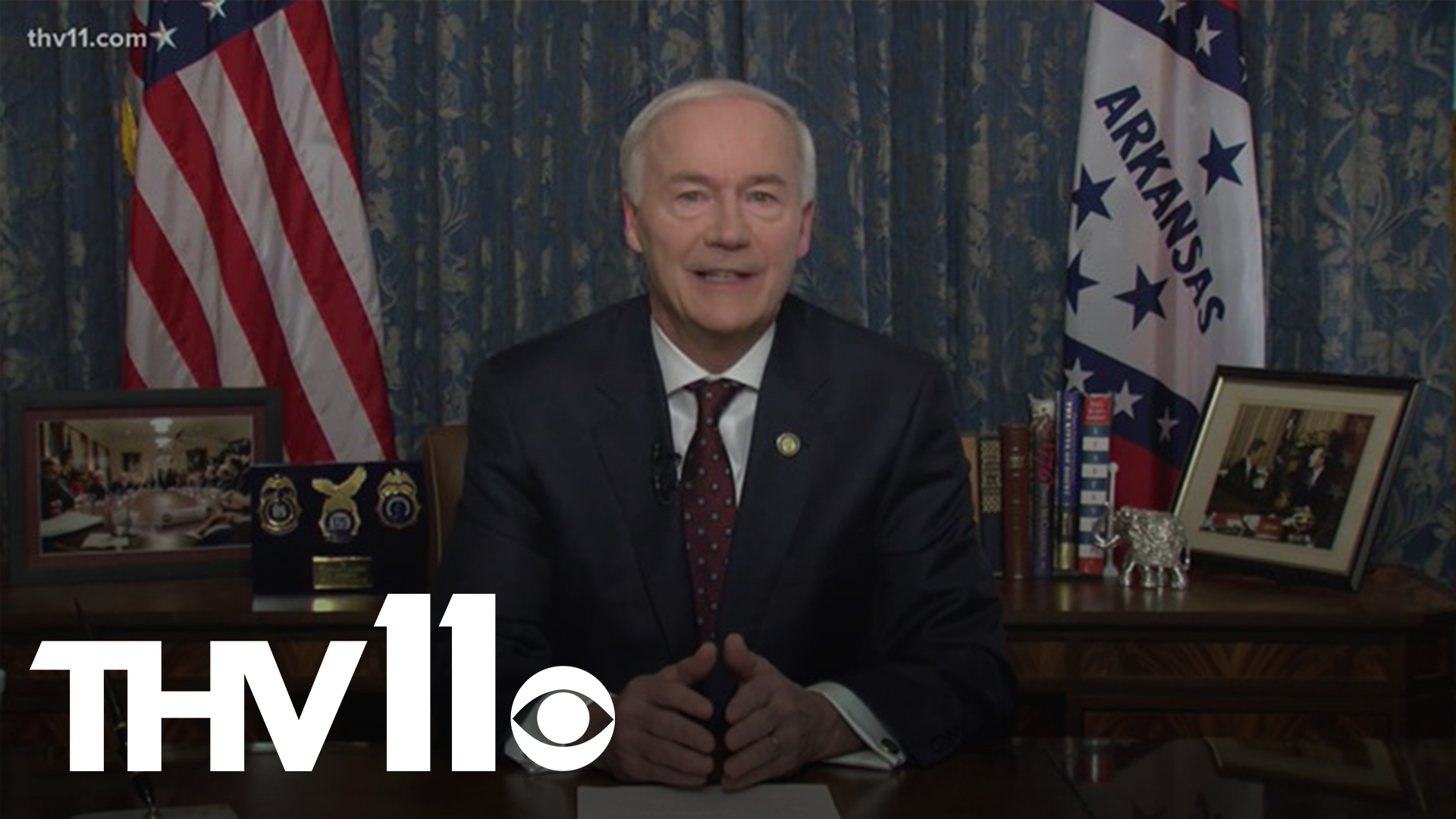 LITTLE ROCK, Ark. — Gov. Asa Hutchinson is pushing for legislators to pass his hate crime bill after he signed the controversial Stand Your Ground bill into law.

Sen. Bob Ballinger is the sponsor of the Stand Your Ground bill. He is pleased to see the governor take action on it.

"I didn't know that he was actually going to sign the bill," Sen. Ballinger said.

But he is not surprised to see the governor also pushing for the legislature to pass his hate crime bill at the same time.

"I appreciate where he's coming from and his concern," he said.

Ballinger believes the bill makes some people more equal than others, and that passing it now would be rushed.

"It runs afoul for what I think is good policy," he said.

John DiPippa, a dean emeritus and professor at the William H. Bowen School of Law, believes the governor wants to see the hate crime bill passed along with Stand Your Ground because they both offer protections from violence and criminal activity.

"I think he sees them as just sort of bookends," DiPippa said.

Arkansas's proposed hate crime bill is similar to Wisconsin's, which was approved by the Supreme Court in 1993. It is considered a penalty enhancement law, meaning if you are convicted of a hate crime, you could get 20% more for your penalty.

"You have to have some specific evidence that shows that person chose their victim because of their race. So there's a separate hearing on that," DiPippa said.

A person can also be charged with additional penalties for an offense that was committed because of color, religion, gender identity, sexual orientation, or even service in the military.

"And that has to be proved beyond a reasonable doubt," DiPippa said.

This is where Ballinger takes issue with this specific bill.

"What they want to do is provide protections for people who get attacked for victims of crime motivated by hate. I think there are ways to do that that would make where it doesn't provide those special protections," Sen. Ballinger said.