After six months of studying the aftermath and damage of the flood, the task force came up with 17 recommendations for the governor. 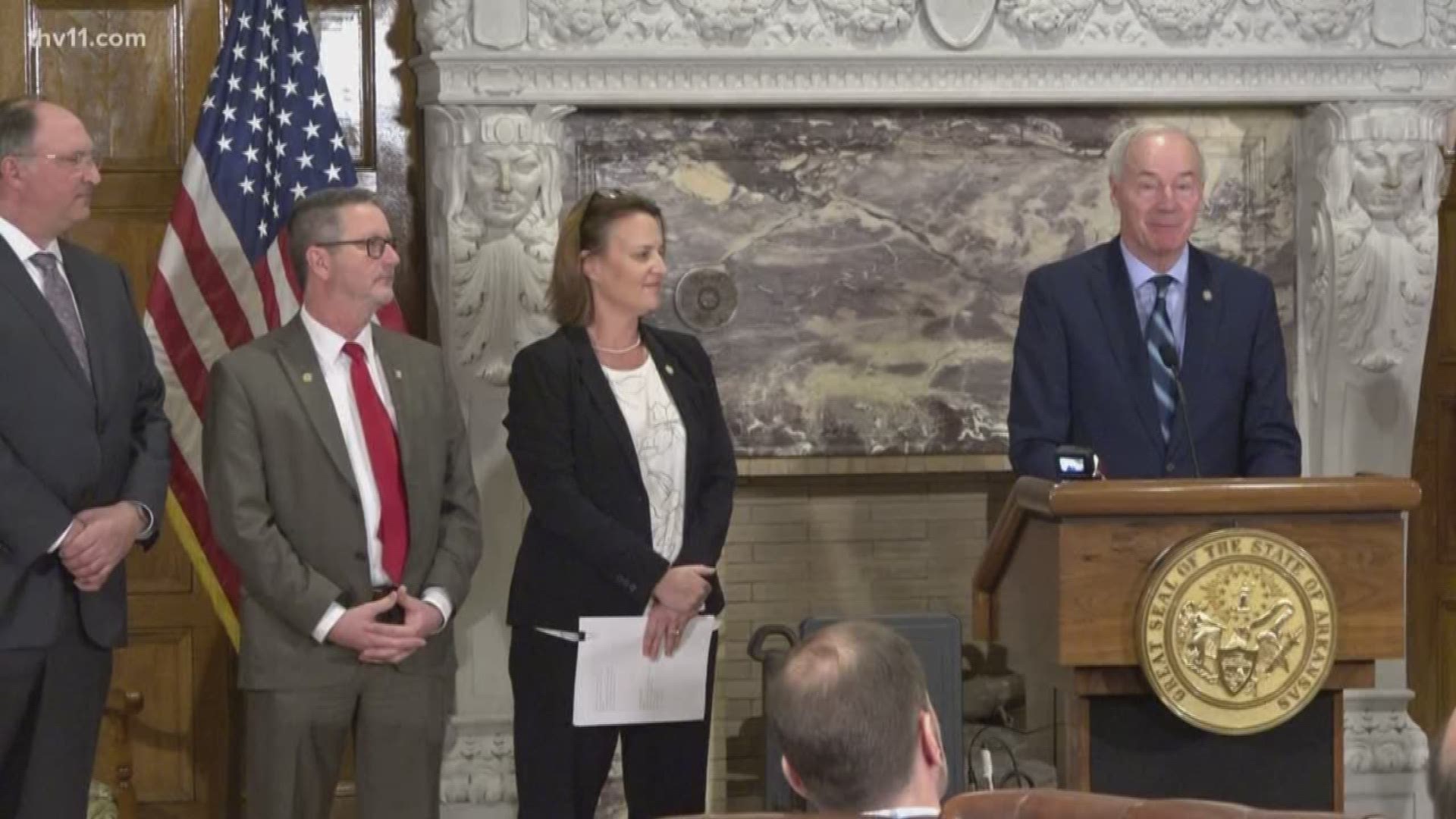 ARKANSAS, USA — An Arkansas panel is calling for increased oversight of the state's levees after last year's historic flooding.

The Arkansas Levee Task Force presented its final report Tuesday on the state's system of levees. It includes 17 recommendations to Gov. Asa Hutchinson after six months of studying the aftermath and damage.

The governor formed the panel after intense rain in Kansas and Oklahoma strained aging dams and levees down the Arkansas River.

"What caught your attention is the critical, essential role that our levee system plays in protecting our agriculture, our homes, and our property," the Republican governor said, recalling his helicopter ride over the swollen river back in May.

The 80-page report accompanied $10-million in emergency funds. It declared that no levees failed, though some were over-topped. Many were damaged before the event, and now, many more need extensive repairs to get up to codes set by the U.S. Army Corps of Engineers.

"You see the devastation and what can happen with neglect, and so it's really woken people up," said State Senator Jason Rapert (R - Conway), who was a member of the task force.

The governor focused on four of the 17 recommendations: better oversight; a complete inventory of every levee on every major river, not just the Arkansas; consolidation of levee districts in areas where boards are defunct or not established; and creating an incentive grant program to get those boards up and running.

"If there is any state funding that it be in the form of incentive grants to the levee districts," the governor said, while noting there was very little the state could do in terms of money or mandates.

The task force chose instead to focus on getting local officials engaged in levee maintenance and raising awareness of the money and help available from the federal government.

"If they do have a consolidation goal, there's a step-by-step guide into this report on how to do that," said Jami Cook, the state secretary of Public Safety and chairperson of the task force.

The governor indicated any changes in laws to facilitate the recommendations would probably take place in the next regular session in 2021. Officials also declined to say how much money would need to go into the grant program to make it work.