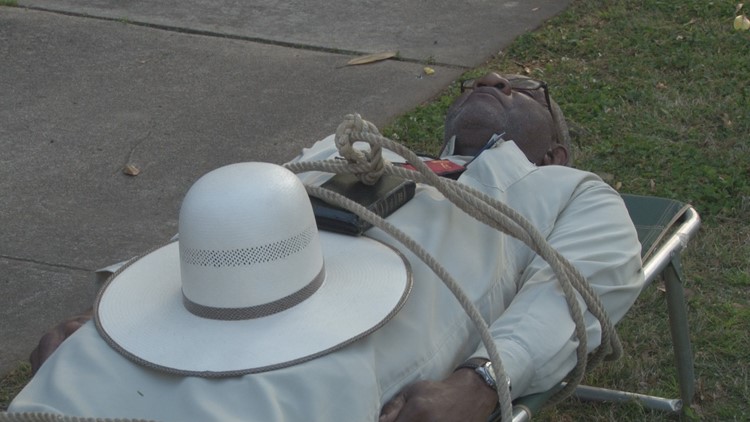 LITTLE ROCK, Ark. (AP) - An Arkansas judge charged with breaking judicial ethics rules for participating in an anti-death penalty demonstration the same day he blocked the state from using an execution drug says a disciplinary panel should dismiss its case against him.

Pulaski County Circuit Judge Wendell Griffen's attorneys renewed their May 2017 request for the Judicial Discipline and Disability Commission to dismiss the complaint against the judge.

He was photographed on a cot outside the governor's mansion last year wearing an anti-death penalty button and surrounded by people holding signs opposing executions. Earlier that day, Griffen blocked the state from using a lethal injection drug over claims the company had been misled by the state.

A three-member panel of the commission on Friday charged Griffen with violating ethics rules over the demonstration.