Most of the criticism on the Republican-controlled panel came from conservative lawmakers. 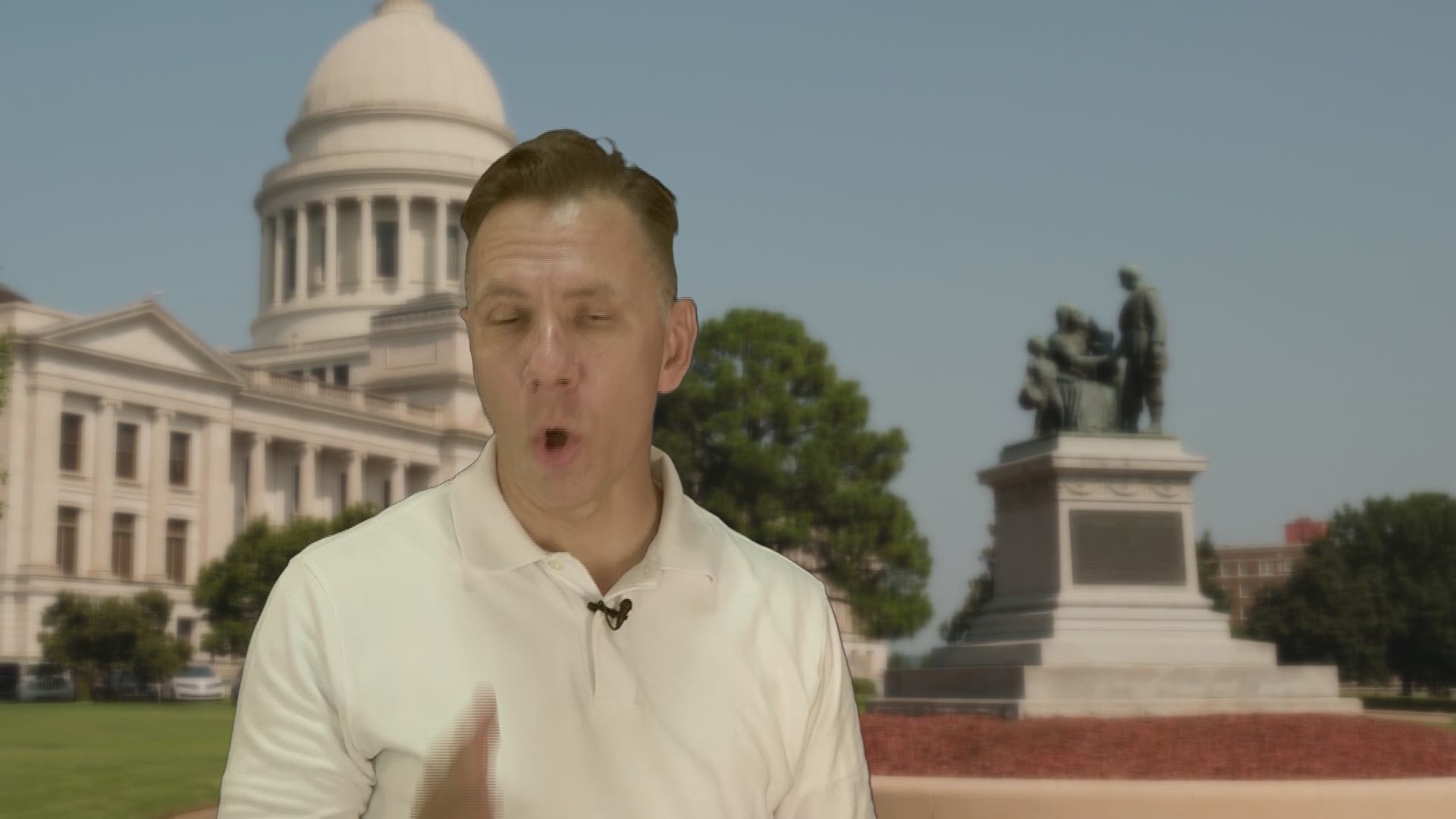 LITTLE ROCK, Ark. — In his first stint testifying before lawmakers since taking over as interim Arkansas Secretary of Health, Dr. Jose Romero had to defend the advice to Gov. Asa Hutchinson to order a mask mandate.

"[Masks] at this time are the best chance we have of bringing this under control," said Dr. Romero during more than two hours of answering questions from the joint Public Health Committee.

Most of the criticism on the Republican-controlled panel came from conservative lawmakers. Most said they were relaying questions their constituents had that questioned if face coverings were effective while others worried the mandate to wear them was an abuse of the governor's use of executive orders in the pandemic emergency.

Shue pointed to two statutes that give the governor the power to issue directives through the ADH.

State Rep. Mary Bentley (R-Perryville) and State Sen. Alan Clark (R-Lonsdale) both honed in on data that they said called the effectiveness of masks into question.

State Rep. Jana Della Rosa (R-Rogers) angrily expressed how she felt the governor had sidelined the legislature to this point, insulating him from the anger she said her constituents are feeling.

In a twist, it was a Democrat left to defend the GOP governor and his chief health adviser.

"This is a pandemic. Period" said State Rep. Fred Love (D - Little Rock) who pointed to rising caseloads in the capital city. "I don't know why we are arguing with Dr. Romero and the governor about what we should do."

When it comes to schools, Dr. Romero answered questions from State Rep. Vivian Flowers (D-Pine Bluff) who recovered after contracting the virus in April and continued to point to science that shows young children are rarely affected badly by the virus.

Dr. Romero once again called the state's regional surges and overall situation "fluid" with a month until schools reopen. There's still time, he said, for cases to improve and help make decisions over whether local districts can reopen safely.

As for the criticism from the Right, Dr. Romero made an economic appeal while acknowledging he's aware of what Arkansans will tolerate in the virus fight.

"This is not just about health or about protecting each other," he said, pointing to his mask. "It is about getting us back on the road to economic recovery."

"We could look to China and Korea and the very draconian ways they locked down their society," he continued. "In our country, in our society, with our laws, that is not possible."