Lonoke County urging residents to vote ahead of Election Day

While some may see the push as voter suppression, the election commission says it’s an effort to keep voters and poll workers safe. 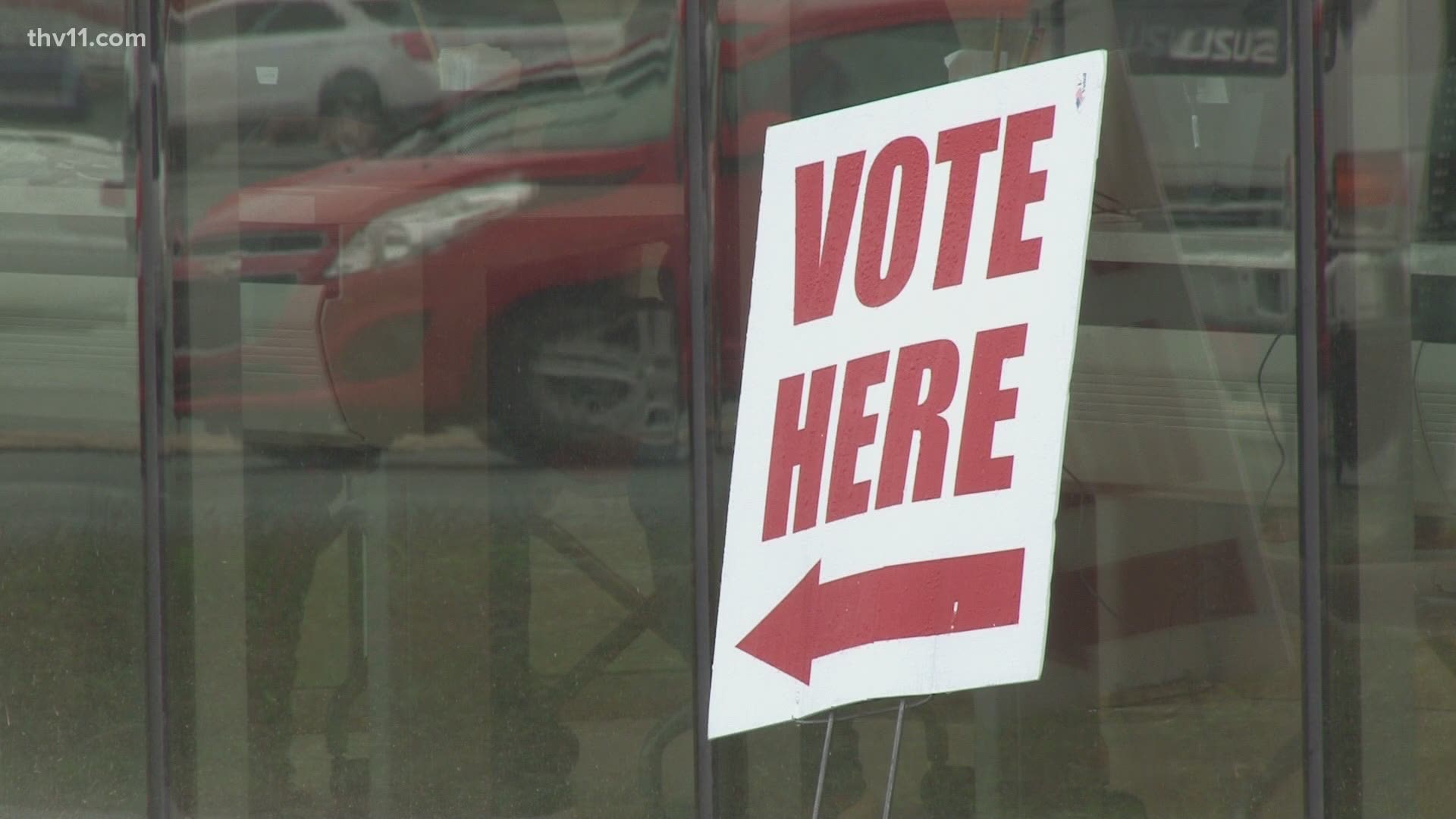 LONOKE COUNTY, Ark. — The Lonoke County Election Commission is asking people to vote ahead of Election Day amid COVID-19 concerns.

"We strongly urge people to use the time for early voting,” said Stubby Stumbaugh, chairman of the election commission.

Some may argue the commission's push as voter suppression, but Stumbaugh said it’s an effort to keep voters and poll workers safe.

"This is merely keeping people safe, slowing the spread of the virus,” said Stumbaugh.

The county, so far, has seen an increase of voters seeking absentee ballots, but not as many as expected.

RELATED: Amid flood of absentee ballots, clerks prep voters for an unfamiliar process

With 11 voting centers, they expect large crowds and long lines on Election Day, especially at busier centers located in Cabot.

"It will take a lot of pressure off poll workers on Election Day,” said Stumbaugh.

The county has secured plenty of PPE for each center, from plexiglass and sanitizing kits to disposable touch-screen pens.

Whether you decide to vote early or on Election Day, Stumbaugh said everyone needs to remember to wear a mask and practice social distancing.

"I would certainly hate to know that we took a shortcut, and someone got sick and it caused a long-term illness or even a death," he said.

RELATED: How to vote in Arkansas this November

For more information on voting center locations in Lonoke County, you can contact the county clerk’s office.