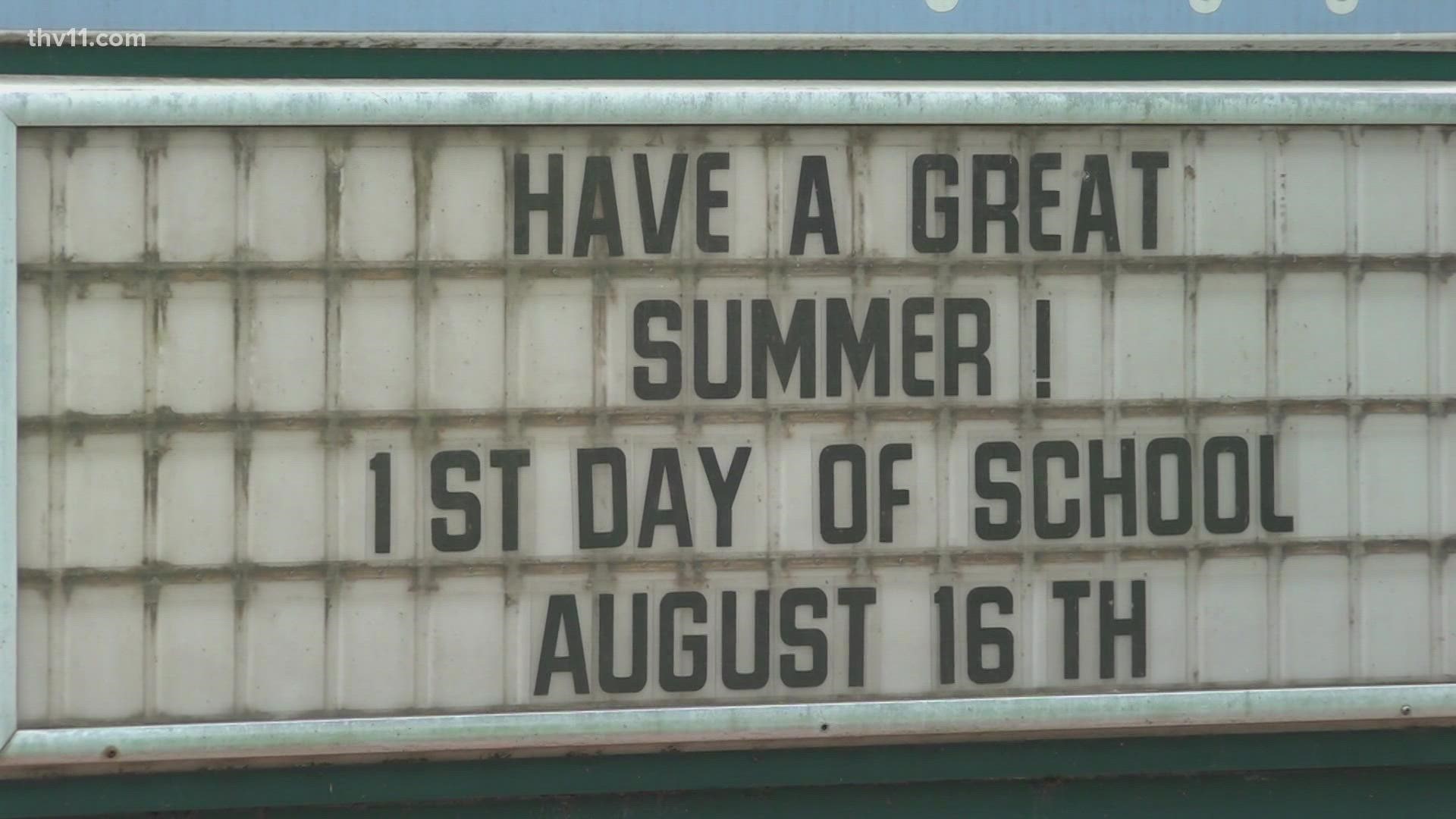 LITTLE ROCK, Ark. — In a video released on July 30, Little Rock School District Superintendent Michael Poore said he will proposed to the school board that the district could file a lawsuit against Act 1002 that bans the mandate of masks.

The announcement comes on the heels of Governor Asa Hutchinson issuing a public health emergency declaration as the spread of the delta variant causes an overwhelming influx of virus hospitalizations and positive cases throughout the state.

Although Hutchinson announced a special session within the state legislature to amend Act 1002, Poore said he is "not confident that will occur" and is filing the lawsuit to take the issue to the judicial branch.

Poore stated that local control over a mask mandate within school districts is a "common sense approach" and that school districts should also have the authority to backtrack on the mandates if needed.

According to the superintendent, just over 70% of staff at LRSD are vaccinated, while "really about 10%" of students might be— Poore said this number is difficult to nail down considering the vaccine is only approved for kids between the ages of 12 and 18.

The main issue at hand, Poore said, is that the inability to mandate masks makes it difficult for the district to ensure protection for both students and staff.

"This is an emotional issue and it should be," Poore said in the video. "We should be doing everything in our power to protect our young people."

The full lawsuit will be released on the afternoon of July 30 that lays out the four issues with Act 1002.