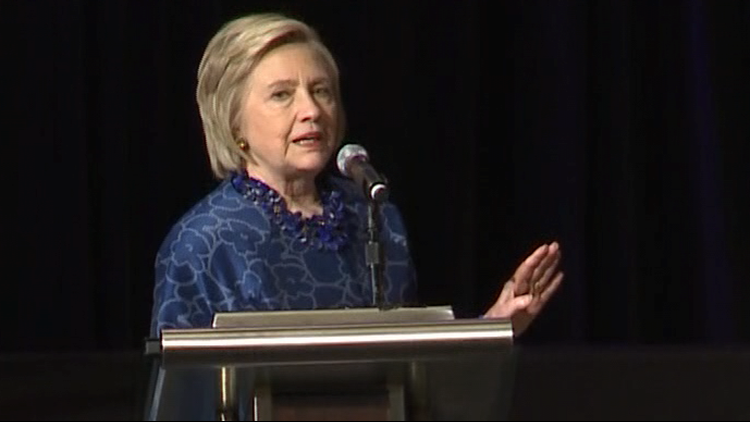 In an interview with Jane Pauley set to air Sept. 29, Clinton calls President Trump a “threat” to the country and a “corrupt human tornado.”

The interview covers a wide range of things with the former Democratic presidential candidate and her daughter Chelsea.

Clinton also gives her take on impeaching President Trump, his potential reelection and her 2016 election loss.

The interview with Pauley was taped earlier this week before House Speaker Nany Pelosi called for an impeachment inquiry. In the interview, Clinton made the suggestion that there should be an inquiry into what the president did.

"My view is that, given the latest revelation, which is such a blatant effort to use his presidential position to advance his personal and political interests, there should be an impeachment inquiry opened," Clinton said in the interview. "And I think, sadly, there are a number of grounds. But this one is incredibly troubling.

"The most outrageously false things were said about me," she continued. "And unfortunately, enough people believed them. So, this is an effort to sow these falsehoods against [Vice President Joe] Biden. And I don't care if you're for the [Democrats] or you're a Republican, when the president of the United States, who has taken an oath to protect and defend the Constitution, uses his position to, in an effect, extort a foreign government for his political purposes. I think that is very much what the founders worried about in 'high crimes and misdemeanors.'"

RELATED: What does it take to impeach the President of the United States?

RELATED: Merriam-Webster says a lot of people are looking up the definition of 'impeach'

CBS News said Clinton doesn’t think President Trump will get re-elected for a second term. She said that some of the “funny things” that happened during her election that won’t happen again.

Clinton also goes on to call Trump an “illegitimate president” and says he know that the “tactics” he used to beat her in 2016 were the reasons he beat her.

"You know, Jane, it was like applying for a job and getting 66 million letters of recommendation and losing to a corrupt human tornado," Clinton added. "And so, I know that he knows that this wasn't on the level. I don't know that we'll ever know what happened."