Many respondents didn't believe he was serious about running. 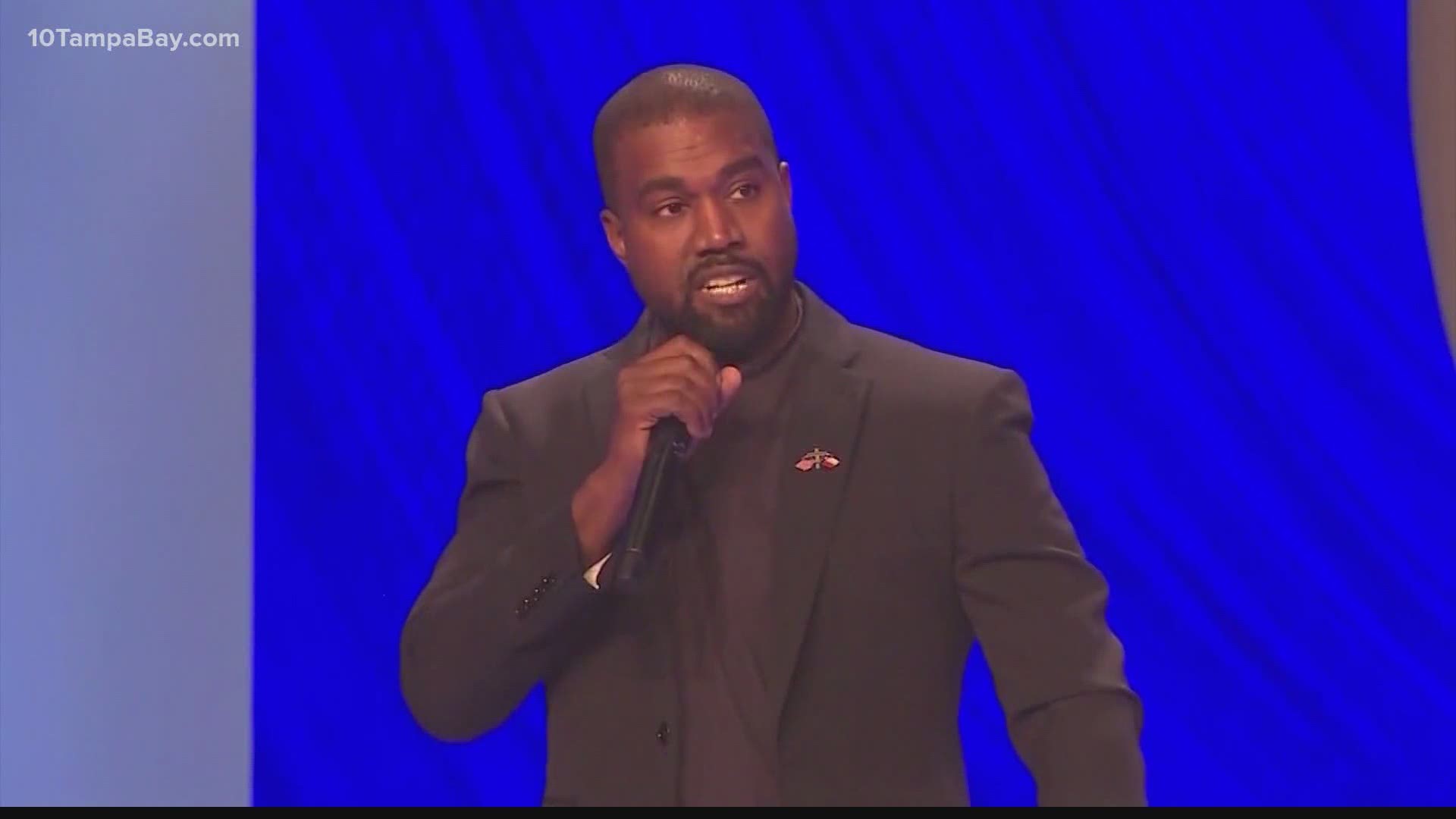 After the July 4 announcement that he was running for the Oval Office, strategic consulting firm Redfield & Wilton Strategies decided to gauge interest in West's candidacy.

"In addition to our usual voting intention question, we asked an additional question to our respondents, stating that Kanye West had announced his intention to run and that it remained unclear if he would indeed be on the ballot, but asking if he did end up on the ballot in their state, however, how would they vote," the firm explained on its website.

RELATED: Kanye West says he no longer supports President Trump and had COVID-19

RELATED: Kanye West tweets of a 2020 run for the White House

"For context, this occasion is not the first time Kanye West has communicated about his White House ambitions, the firm wrote in its assessment of the results. "Back in 2015 already, he had claimed that he would be running for president in 2020, but then he pushed the date to 2024."

A majority -- 55 percent -- of respondents disapproved of West running for office. In fact, only 18 percent of people polled approved of the idea.

The 2020 presidential election is on Nov. 3, which will pose challenges for West as a candidate. The deadline for an independent candidate to get on the ballot has already passed in several states, including Texas and North Carolina.

"Kanye West’s name is also nowhere to be seen on the register of the Federal Election Commission for the election," Redfield & Wilton added.