Golden was previously on the fence about the inquiry but said Wednesday he supported it. 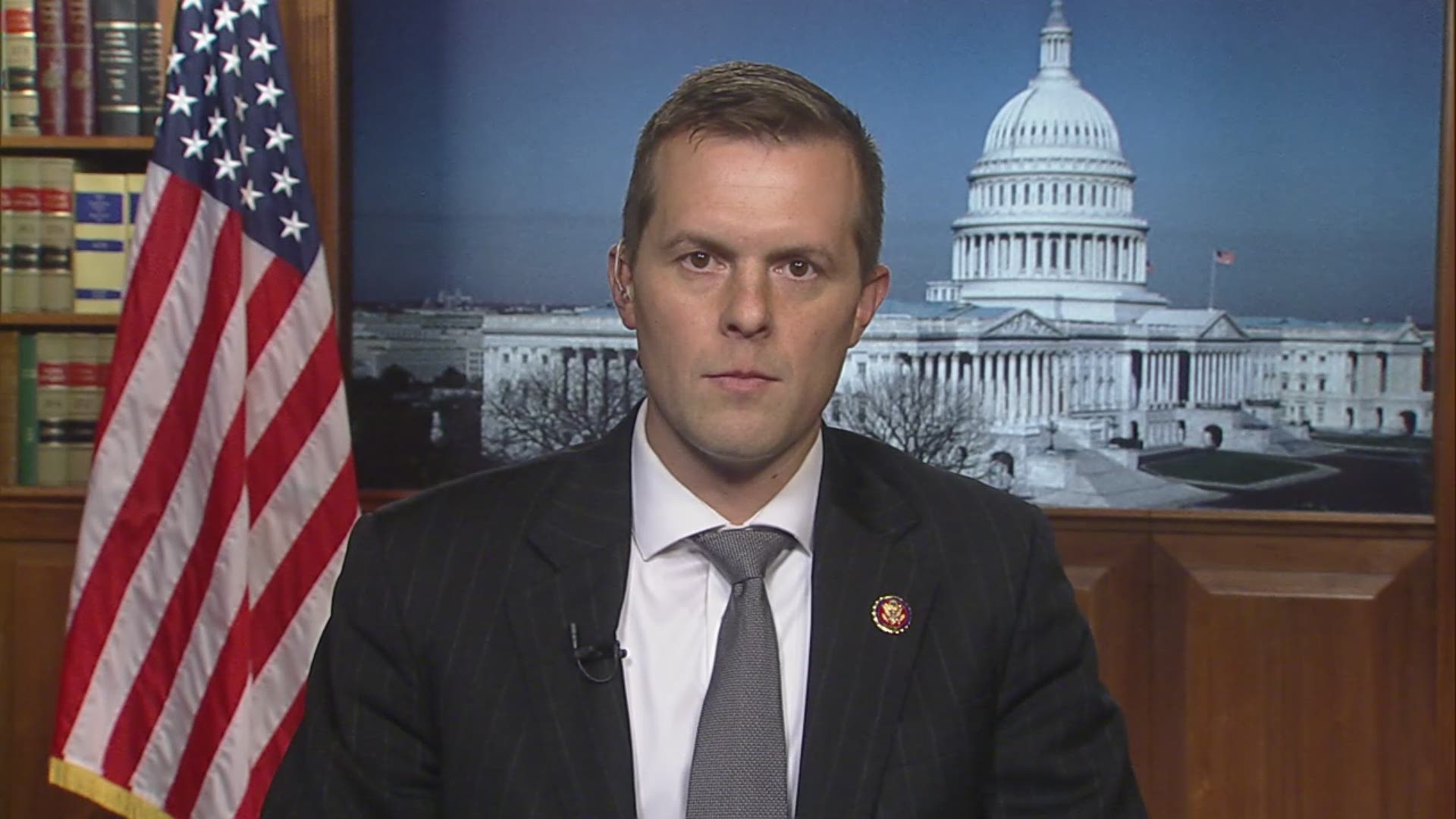 MAINE, USA — When the vote comes up in the U.S. House of Representatives to formalize the procedures of the impeachment inquiry into President Donald Trump, possibly as soon as Thursday, Representative Jared Golden is ready to vote yes. Golden was previously on the fence about the inquiry.

The Democratic Representative said in an interview on Wednesday, he supports the resolution to formalize the impeachment procedures and make the hearings public.

"This is actually going to be a vote that is going to give the President and the Republicans much of what they have been asking for these last couple of weeks," said Golden who wants to open up the impeachment process.

Many Republicans have been calling for the impeachment inquiry which has so far been conducted behind closed doors, attended by members of the House Intelligence, Oversight, and Foreign Affairs committees, to be made public.

The House impeachment inquiry is looking into Trump's call to President of Ukraine, Volodymr Zelenskiy,  in which Trump asked Zelenskiy for a "favor" — to investigate Democrats in the 2016 election and Biden, a potential 2020 rival — as the Trump administration held up military aid for the Eastern European ally confronting Russia.

"If you give a mouse a cookie it will ask for a glass of milk. This resolution is giving the Republicans exactly what they have been requesting," Golden said on Wednesday.

No Republicans are expected to vote for the resolution.

Golden said he will be disappointed if Republicans do not vote for something they have been asking for but will not be surprised.

Golden said he didn't go to Washington to investigate President Donald Trump but that he has "a solemn duty to follow the facts where they lead."

He said that during the investigation he will remain committed to "the work the people of my state sent me to Congress to do."

The three Republicans running against Rep. Golden for Maine’s 2nd Congressional District in 2020 all made statements Wednesday after he announced his support for the impeachment inquiry resolution.

Eric Brakey released a statement saying Mainers can decide for themselves next November whether to keep President Trump in the White House calling the impeachment inquiry "political posturing."

"After weeks of sticking his finger in the air, Jared finally sides with obstructionist Democrats instead of the voters of his district," Brakey said in a statement.

And Dale Crafts said in a tweet, that Golden is "tiptoeing" around the impeachment.

RELATED: See the text of the House impeachment resolution here