Combat vet: 'Calling a traumatic brain injury a headache is like calling a compound fracture a leg cramp'

The Pentagon confirms 34 US troops have suffered traumatic brain injuries, which President Trump referred to as "headaches." 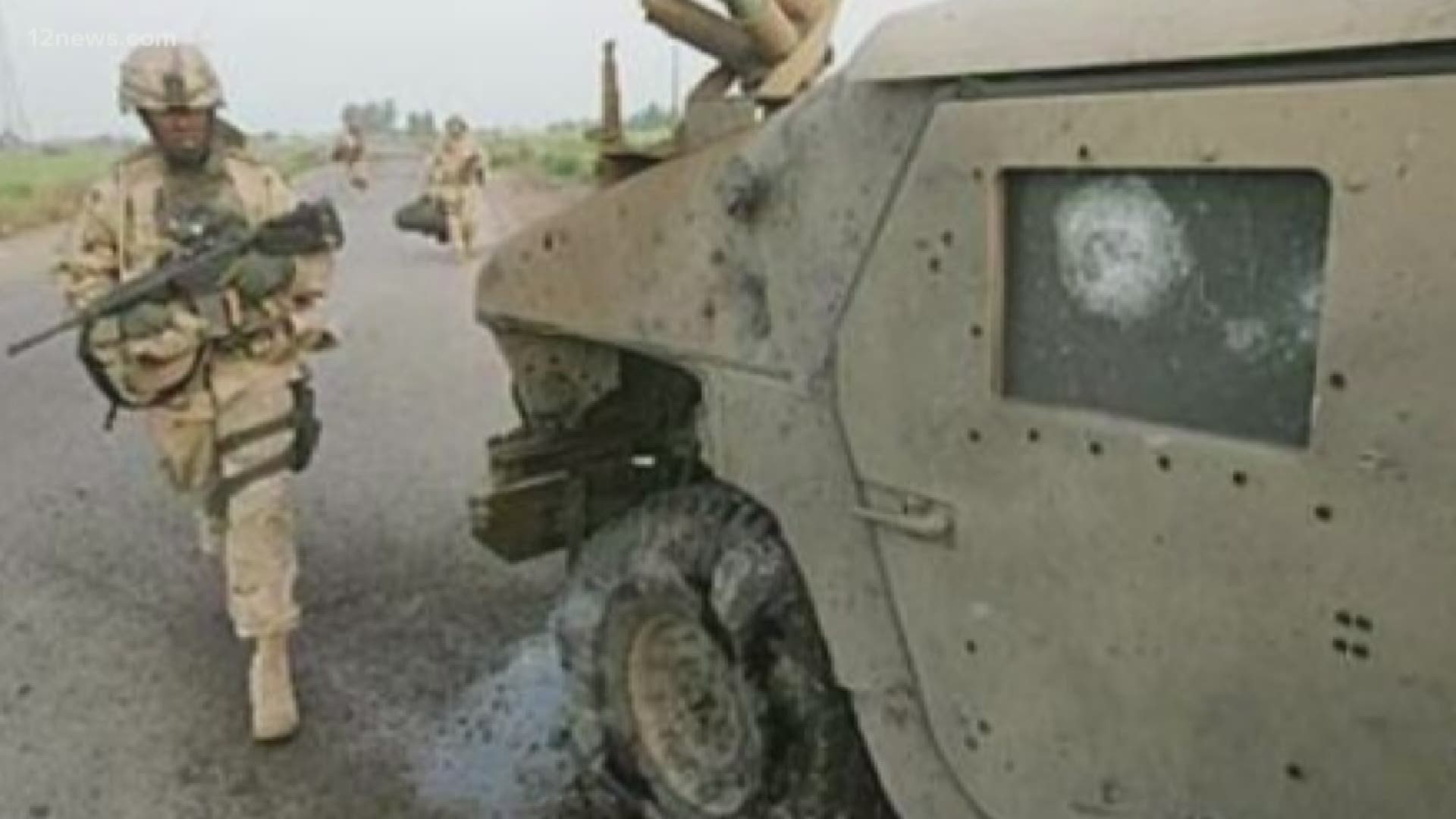 That's more than triple the original estimate and comes just days after President Donald Trump referred to the injuries as "headaches".

The comment has drawn criticism from veterans groups and advocates, including Patrick Ziegert, a retired combat veteran.

Ziegert himself suffered a traumatic brain injury more than a decade ago when his unit was ambushed.

"[The bomb] had enough force to knock me down through the turret and onto the floor of the Humvee. I was disoriented. I’m not sure if I lost consciousness at the time," Patrick said.

After the Iranian missile attack on January 8, the president initially said there were no injuries.

When the injuries were announced, President Trump downplayed their severity, telling reporters, "I heard that they had headaches and a couple of other things, but I would say, and I can report, it's not very serious. Not very serious."

But to combat veterans like Patrick, that is a gross understatement.

"Calling a traumatic brain injury (TBI) a headache is like calling a compound fracture a leg cramp, quite frankly," said Patrick.

Symptoms of a TBI can range in severity. Symptoms vary and include anything from headaches, vomiting, slurred speech, convulsions, numbness and tingling of arms etc.

Carrie Collins, the executive director of the Brain Injury Alliance of Arizona, hopes this will raise awareness of TBI's and encourage people to seek help.

"When I hear about someone potentially minimizing the long term impact of TBI, my mind goes to the courage it takes to really say, 'Timeout, stop. I might have a concussion,' because brain injury is often the invisible disability or the invisible injury," Collins said.

The US Department of Defense estimates more than 313,816 service members have suffered a TBI during training or combat.

You can find more information here.