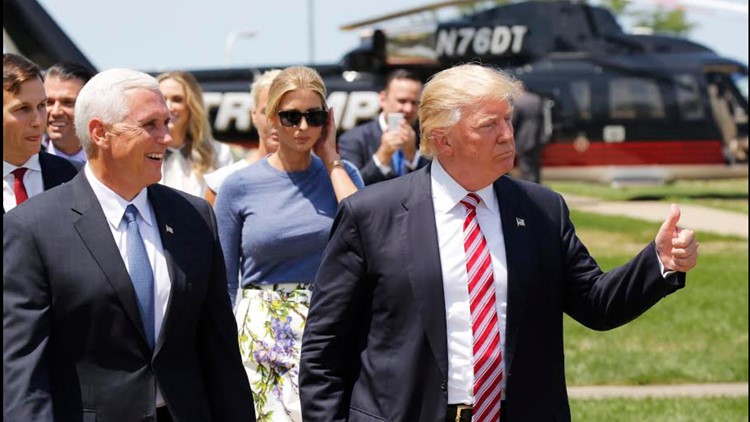 Photo by: AFP/Getty Images
Republican presidential nominee Donald Trump and his family are welcomed by his vice-presidential nominee Mike Pence(L)and his family as they arrive for the third day of the Republican National Convention on July 20, 2016, in Cleveland, Ohio. / AFP / DOMINICK REUTER (Photo credit should read DOMINICK REUTER/AFP/Getty Images)

Campaign manager: Trump and his family will be "a dynasty that will last for decades"

INDIAN WELLS, Calif. — President Donald Trump's campaign manager predicted Saturday that the president and his family will become "a dynasty that will last for decades."

Speaking to a convention of Republican Party delegates in Indian Wells, California, Brad Parscale also said the campaign's goal is to build a national army of 2 million trained volunteers, far beyond the president's 2016 organization, that in California could help the GOP retake a string of U.S. House seats captured by Democrats last year.

Parscale later declined to elaborate on his prediction of a coming Trump "dynasty," or whether the president's children could become candidates for public office.

Parscale also declined to respond when asked if Trump would campaign for candidates in the heavily Democratic state. He said that would be the president's decision.

He also acknowledged that California was not a target for Trump in the 2020 campaign. The president lost by over 4 million votes in the state in 2016.

"This is not a swing state," Parscale said to laughter from the capacity crowd.