New set of Arkansas laws go into effect this week

A new set of Arkansas laws will go into effect on Wednesday. Some laws include a mask mandate ban, restrictive abortion laws, and limits for transgender students. 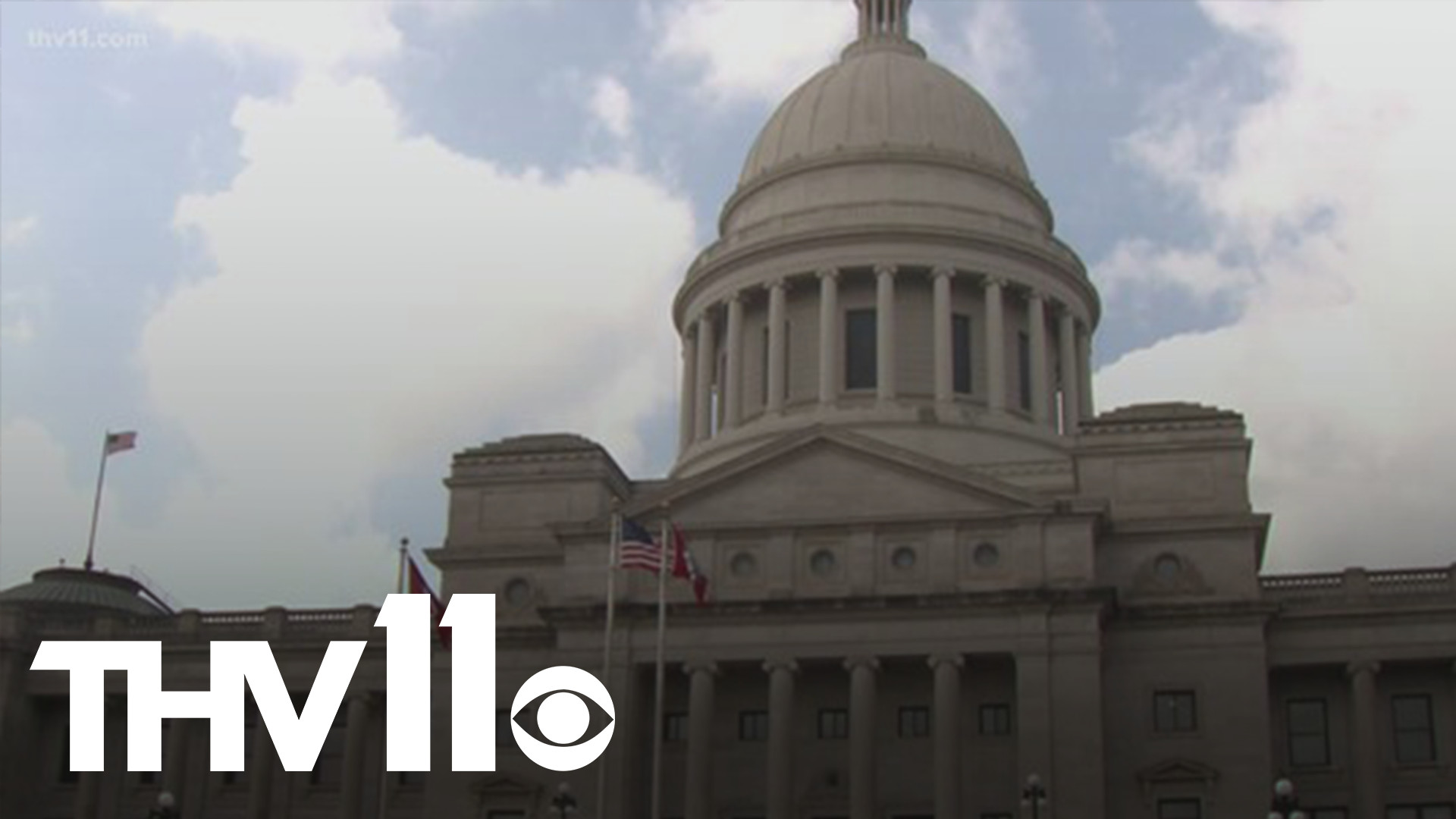 LITTLE ROCK, Ark. — A bevy of new Arkansas laws are set to take effect on Wednesday after state legislators approved bills that include a ban on mask mandates, restrictive abortion laws, a Stand Your Ground law, and limiting how transgender students can participate in sports.

Many of the new laws that were passed and signed into law are facing legal challenges with two so far being blocked by judges.

Below you will find some of the bills signed into law:

Only the Arkansas legislature is allowed to enact a new mask mandate. This law does not apply to a private business.

A group of parents are planning to sue the state over the law.  Lawyer Tom Mars said the law violates the Arkansas Constitution.

Also introduced by Garner, the state is not allowed to require people to show proof that someone has been vaccinated for COVID-19. This applies to local governments as well.

Opponents of the legislation say it would harm minority communities and cause an increase in gun violence.

Introduced by Sen. Jason Rapert, this law was blocked on July 20 by a federal judge.

Under the law, all abortions are banned in Arkansas except to save a mother's life. It doesn't allow exceptions for those who became pregnant due to rape or incest.

The law requires that an abortion provider perform an ultrasound before the procedure and to also explain what the ultrasound is showing.

Act 392: Allow cities to declare itself a "pro-life" city

A city can declare itself as "pro-life" and place signs along roadways as well as place a slogan on city-owned vehicles.

It can also erect monuments or a memorial to "lives lost to abortion."

The law, titled as the Save Adolescents From Experimentation (SAFE) Act, would have made Arkansas the first state to ban gender transition treatments for anyone under 18 years old.

But the law was blocked on July 21 by a federal judge. The law was originally vetoed by Gov. Hutchinson, who said the law went too far and wouldn't exempt minors already receiving care.

The Department of Justice said the law violates the equal protection clause in the 14th Amendment.

Two laws that were passed ban transgender girls and women from competing in school sports. This includes students in kindergarten all the way up to college.

Act 953 allows the attorney general to file lawsuits against a school that allows transgender students to compete in sports that are for girls or women.

Act 461 allows students to have a "private cause of action" against a school if they are "deprived of an athletic opportunity" due to a transgender student participating in a female sport.

Act 462: Allows denial of medical services based on 'conscience'

Introduced by Sen. Kim Hammer, the law will allow a health care provider to deny medical services because of their moral or religious objections.

Objections to the law say it will give providers the ability to turn away LGBTQ patients.

Throughout the legislative session, the governor made it a point to pass a hate crimes bill as Arkansas was one of a few states without such law.

Act 681 requires someone to at least 80% of their criminal sentence if they chose their victim based on race, group, religion, characteristics or class.

Some say the law is not a hate crimes law and the term does not appear in the act.

The law will require all law enforcement officers in the state to complete a training annually about the officer's duty to intervene if they see another officer using excessive force.

The law states that voters without identification will not be able to sign a sworn statement at the polling site so they can cast their ballot.

The deadline for someone to drop off their absentee ballot in person has been moved up from two days to the Friday before the election. The deadline for mail-in ballots remains the same.

Both of the new laws will allow breweries, restaurants, and liquor stores the ability to deliver alcoholic drinks to customers.

Act 703 also allows for a restaurant to sell a sealed to-go alcohol drink to customers.