Just four days into his time as chief of the Little Rock Police Department, Keith Humphrey sped up plans to gradually meet the local media and held a news conference to address three pressing issues. 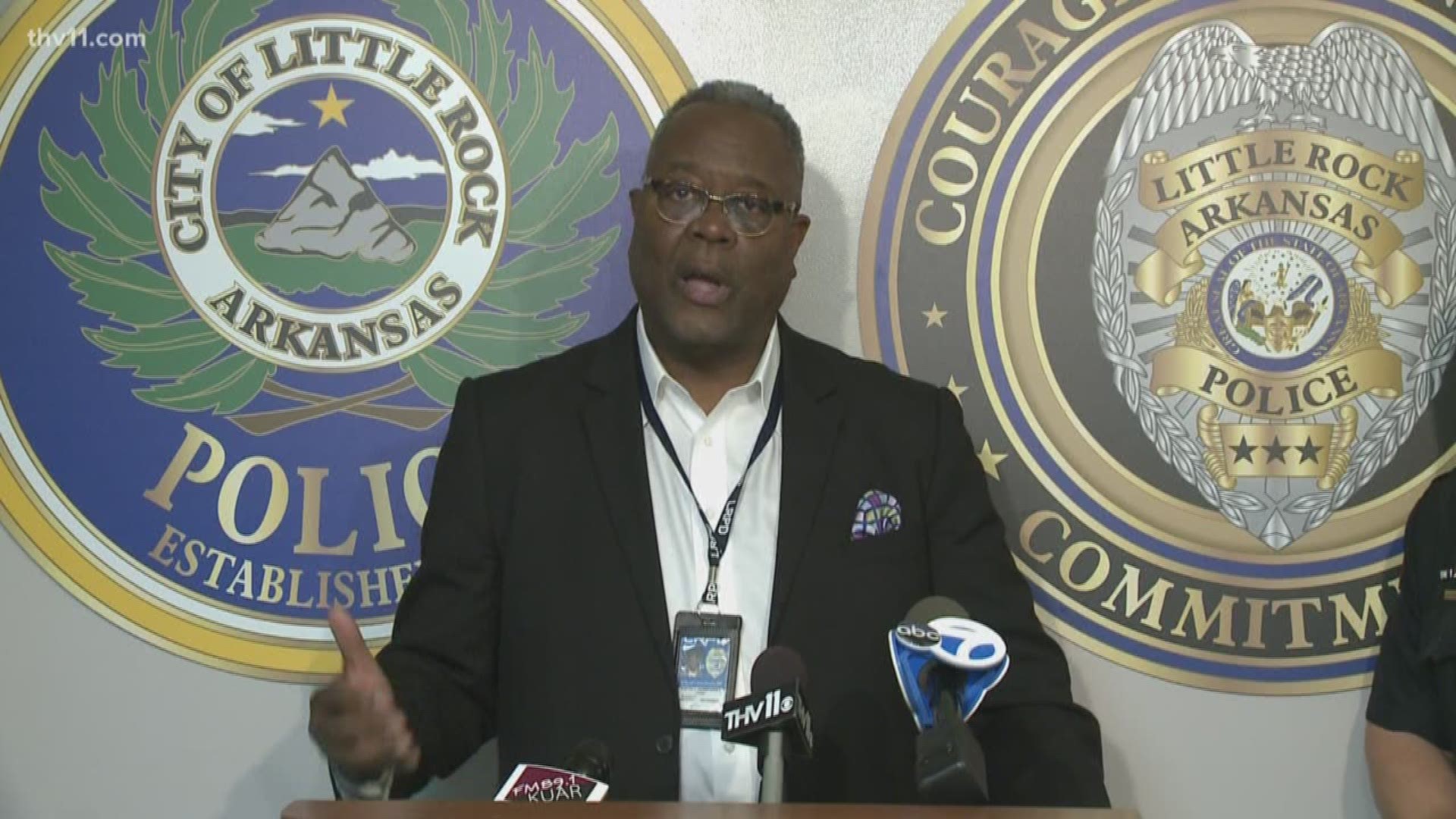 Humphrey has had to hit the ground running with investigations over a deadly police shooting from February and potential FBI inquiries both on his desk. He is also working for an ambitious new mayor in Frank Scott Jr.

“Here at the Little Rock police department we understand the importance of allowing our community to know that we have nothing to hide,” Humphrey said.

The former chief of police in the Norman, Okla., went through a quick swearing-in on Monday. Less than 24 hours later he faced protesters blocking streets near city hall. They were angry over the Bradley Blackshire investigation.

The Little Rock man was shot and killed by officer Charles Starks, who had cornered his allegedly stolen car. Prosecutors have the case file and are determining if there will be any charges.

With a chance that anger may resurface this weekend, the chief took preventative measures.

“We understand there's going to be civil disobedience,” he said. “However, we don't want civil unrest.”

On Wednesday, lawyers suing the city over the LRPD’s "no-knock" warrant policy say the FBI is looking into the matter. The chief says he hasn't heard from the feds at this point.

“I have not personally spoken with the FBI,” chief Humphrey said. "I've heard that there has been some inquiries by the FBI, but I have no direct knowledge of that.”

The whirlwind start on the job already has the new chief offering up reminders of his goals.

“I want the citizens to know, everything that I said we were going to do here in the Little Rock police department: we are going to fulfill those promises,” he said.

Humphrey said he is still working through department policies to determine what needs to be altered. Mayor Scott has called for the creation of an independent citizen’s review board.

The chief agreed but asked for patience while they work to avoid putting a “canned program” in place.

The chief also said the department was seeking grant help to supply body-worn cameras to officers.