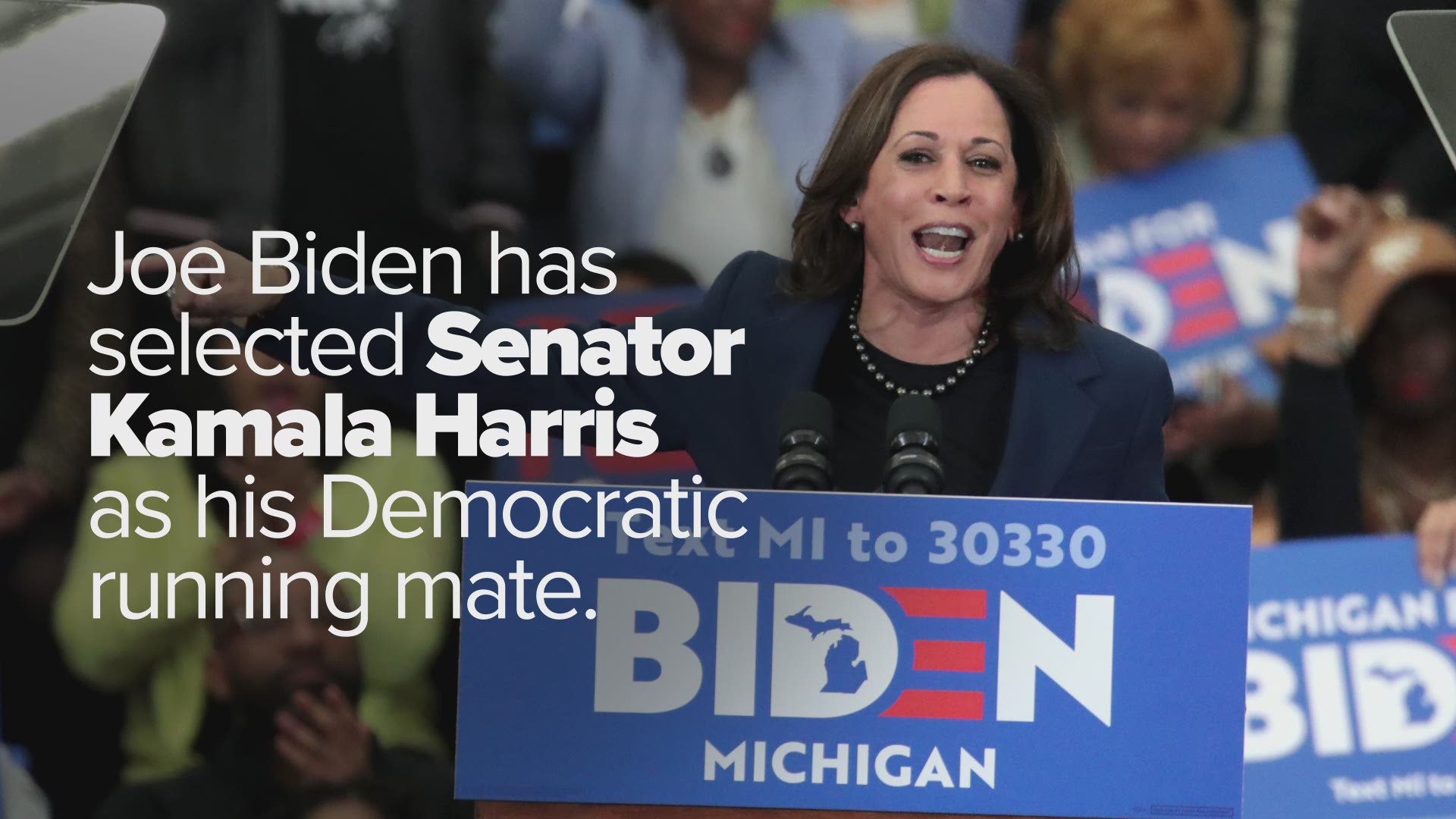 According to a release by Senator Tom Cotton, he said Biden's choice of running mate shows radical and incompetent his administration would be.

"Kamala Harris supports Medicare for all, she implied that Joe Biden is racist, and she laughed at the idea that the Constitution would stop her from confiscating guns. Her presidential campaign was a mismanaged catastrophe that ended before any votes were cast. By selecting Kamala Harris, Joe Biden's staff have shown just how radical and incompetent a Biden administration would be."

Trump told reporters at a White House briefing that Harris “was very disrespectful to Joe Biden” during the Democratic primaries, and said “it’s hard to pick somebody that’s that disrespectful.”

Harris was sworn in as a Senator in 2017 and she was the second African-American woman and first South Asian-American senator in history.