Senators Stephanie Flowers and Bob Ballinger are at the center of a social media firestorm after a heated debate over a "Stand Your Ground” bill returned to work Monday. 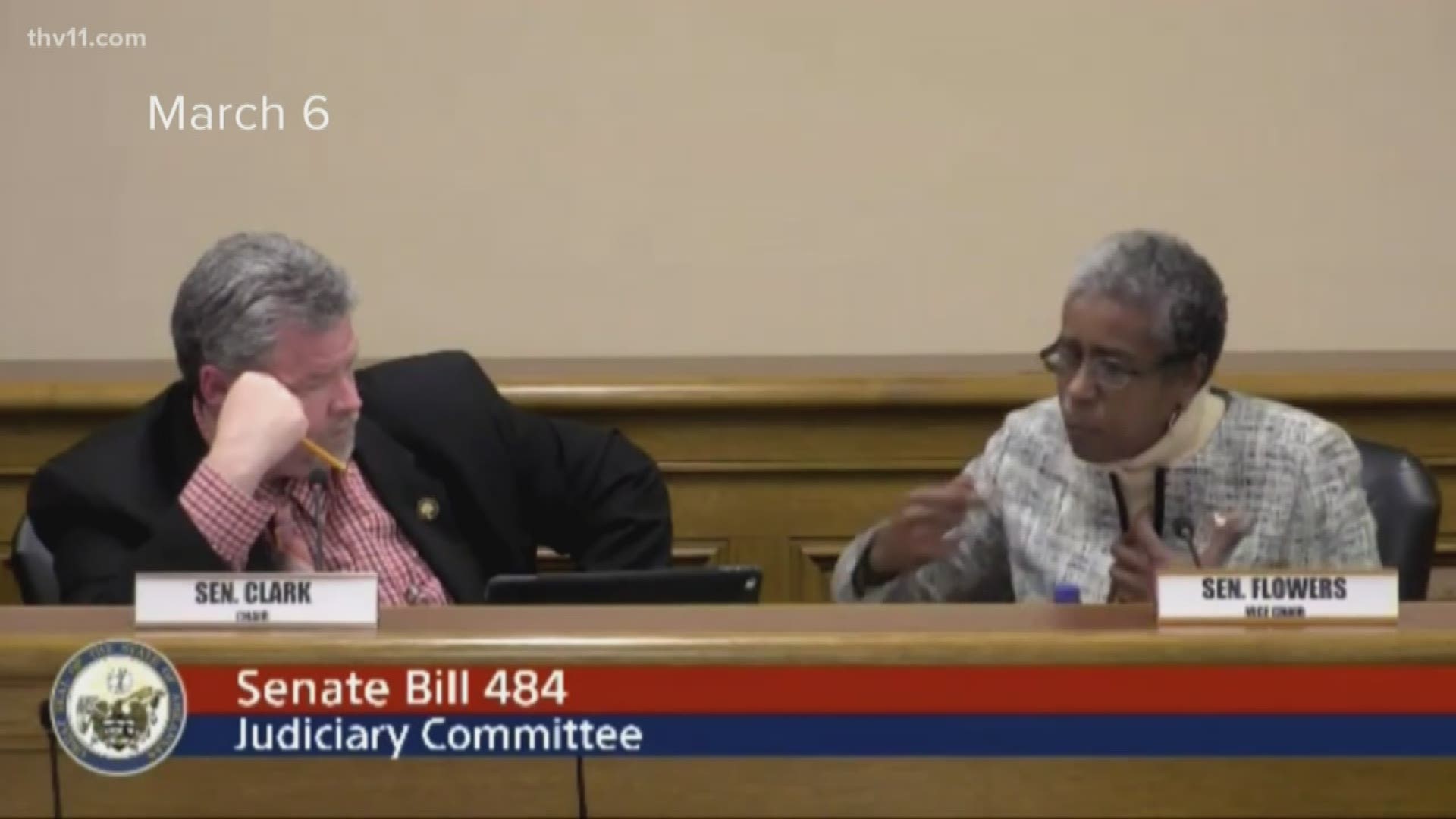 LITTLE ROCK, Ark. — The Arkansas state senators at the center of a social media firestorm after a heated debate over a "Stand Your Ground” bill returned to work Monday. The passionate response from state Sen. Stephanie Flowers (D - Pine Bluff) drew nationwide support and criticism because of her language. She and her two colleagues on the other side of the debate all spoke before the chamber.

“It's been a quite amazing and unusual weekend,” said State Sen. Flowers. “At least it was for me.”

Her edited comments went viral late last week when state Sen. Bob Ballinger (R – Berryville) put SB484 before the judiciary committee. It would take out a duty to retreat from state law and open the door for a stand-your-ground self defense in criminal inquiries. Flowers angrily pushed back when members of the committee sought to limit debate. Instead, she launched a passionate tirade that touched on concerns about gun violence in her home county and loss in her family.

It meant a weekend of fervent messages for everyone involved.

“You can't hear a tear, but I could feel their tears and their heart-brokenness,” Flowers said just before regular Senate business began.

Ballinger sits just two seats away on the same back row of the chamber. He too addressed the support and criticism he endured over the weekend.

“I understand that Senator Flowers feels like she got punched in the mouth just by me bringing that legislation," he said. “But that wasn't the point. I don't hate her or her people...I'm not some country bumpkin who has never seen a black person...that's not who I am.”

You can see the entire clip of the committee outburst here, as well as remarks by Ballinger and Flowers here.

Senate majority leader Jim Hendren (R – Gravette) announced that no one would seek any kind of censure vote and urged everyone to move on. State Sen. Alan Clark (R – Lonsdale), who is seen in the viral video sitting next to Flowers on the chairman’s stand, criticized some media outlets for mischaracterizing what happened in the bill but also tried to clear the air.

“I went on social media because I knew there would be all kinds of people going after her,” he said. “I said leave her alone. We're family.”

Flowers stood and applauded Clark’s remarks and the two embraced as he returned to his chair.

“God will judge me and I will accept his judgment,” Flowers said to close her remarks. “But I hope he is well pleased.”

The judiciary committee met later on Monday but Clark insisted on only “fast and easy” legislation. Ballinger pulled SB484 from the agenda with plans to bring it back Wednesday.