Lawmakers held a Senate hearing to discuss banning abortion once a woman knows she is pregnant. 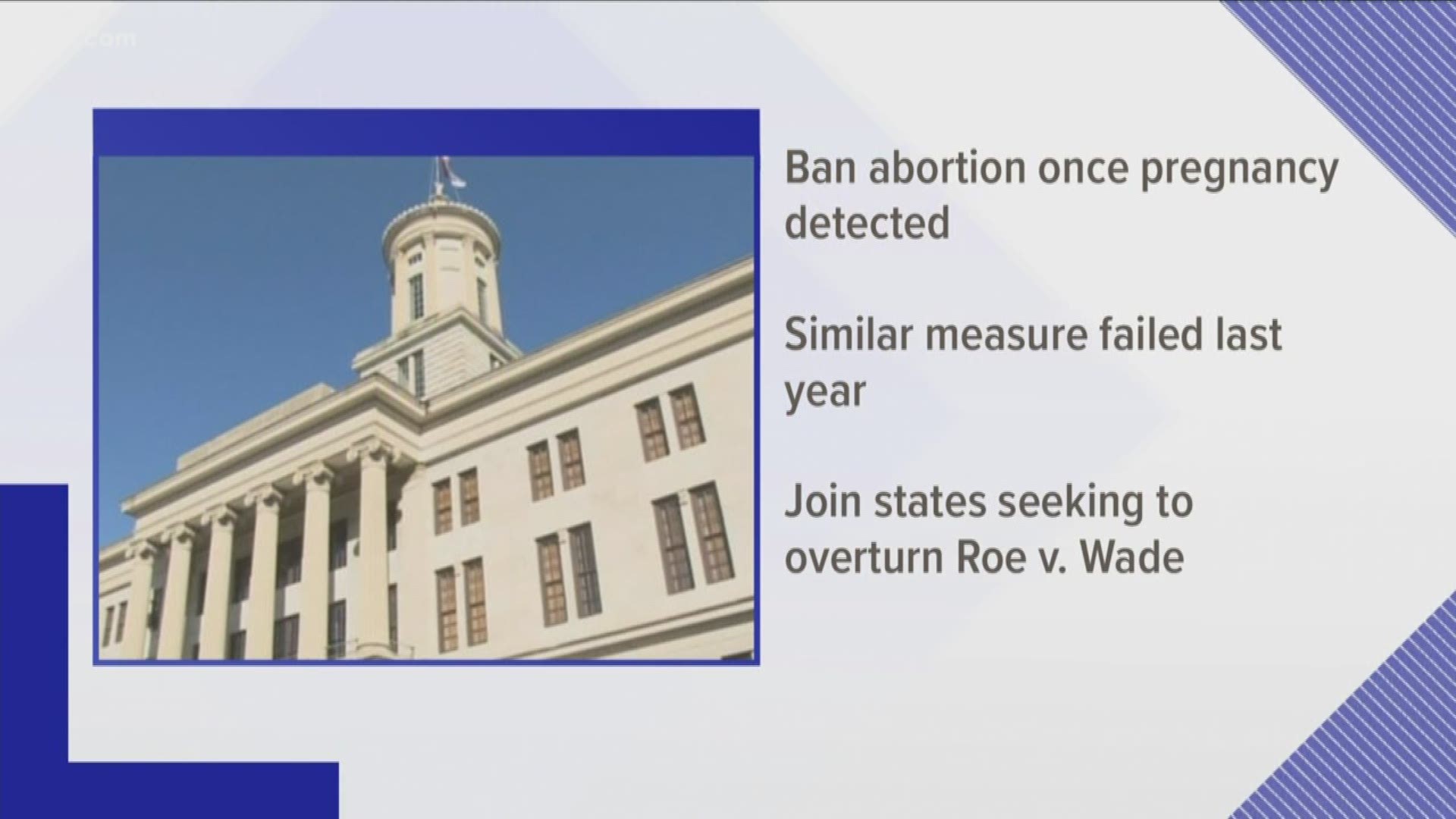 NASHVILLE, Tenn. (AP) — Tennessee lawmakers are considering whether to seek one of the nation's strictest abortion bans, after being reminded by legal experts that such laws have repeatedly been struck down in court.

At issue is a proposal to prohibit abortion once a pregnancy is detected. While a similar proposal stalled in the Republican-controlled Statehouse earlier this year, backers are renewing efforts ahead of the 2020 legislative session.

Anti-abortion advocates say the goal is to get Tennessee to join the growing list of states seeking to overturn Roe v. Wade, the U.S. Supreme Court's 1973 ruling that legalized abortion nationwide.

The GOP-dominant panel will meet for two days and receive testimony from legal and medical experts.