Sen. Kelly Hancock said Senate Bill 16 is designed to be a "useful recruitment and retention tool for police departments." 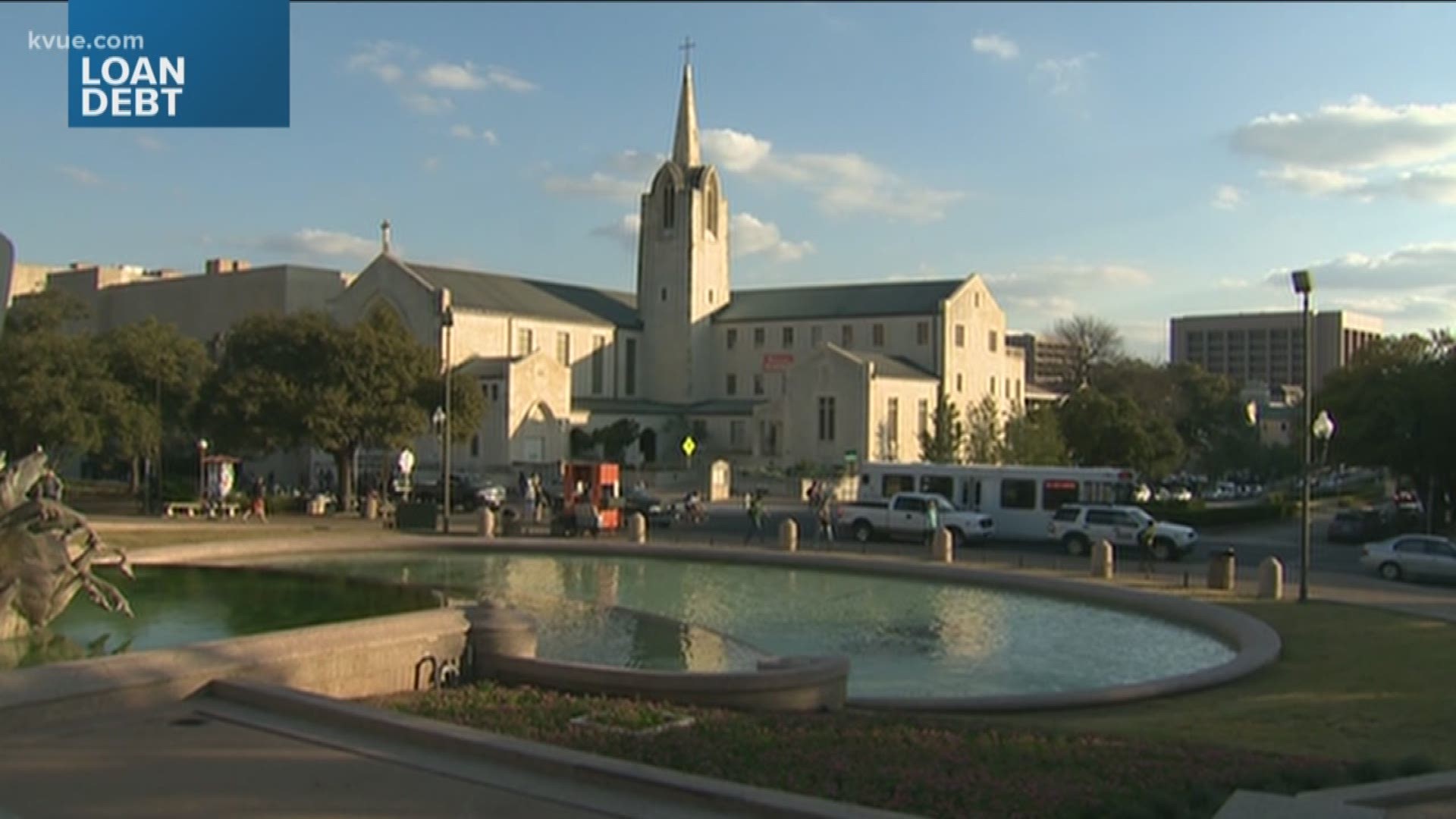 AUSTIN, Texas — The above video was published in January 2019.

Governor Greg Abbott has signed a bill that will create a student loan repayment program for Texas peace offices who have served at least four consecutive years and commit to a career in law enforcement.

Senate Bill 16 (SB 16), written by Senator Kelly Hancock (R-North Richland Hills), passed through the Texas Senate by a unanimous vote of 31-0 in April.

RELATED: Fear of drowning in debt? Here are a few tips to help tackle student loans

"Our men and women in blue put their lives on the line every day. They deserve our sincere appreciation for doing a tough, and too-often thankless, job," Sen. Hancock said in April. "This program is designed as a useful recruitment and retention tool for police departments and should be a real financial help to the heroes who serve our communities on a daily basis."

SB 16 directs the Texas Higher Education Coordinating Board (THECB) to establish the program and its bylines by December 1, with certain eligibility requirements already outlined in the bill. For example, peace officers must have served four consecutive years as full-time employees – with exceptions for disability leave or active duty military service – and must agree to continued employment in law enforcement for at least four more years.

The outstanding balance and interest of eligible loans could be paid off over a four-year period at a graduated rate of up to $30,000 per officer.

Total funding available for the program would be allocated by each legislature for the subsequent biennium.

Lieutenant Governor Dan Patrick issued the following statement regarding the Senate passage of SB 16 in April:

"I congratulate Sen. Hancock and the Texas Senate for unanimously passing Senate Bill 16, which will aid the recruitment of police officers by offering to help repay student loans for officers who choose to serve in local law enforcement post-graduation.

Officials at several police departments across the state told me it was sometimes difficult to recruit qualified new officers. When I presented the concept for this program to police officials in Dallas, they were enthusiastic, so we designed a program that could be implemented statewide. This program will help repay college loans for men and women who join a police department after they graduate from college.

Our brave law enforcement officers put their lives on the line for us every day and we need to do all we can to support their efforts, including helping to strengthen recruitment tools. As lieutenant governor, I am always proud to stand with the law enforcement community."