Two bills have advanced in Arkansas that would ban transgender childrens' rights to transition-related healthcare and transgender girls/women to play female sports. 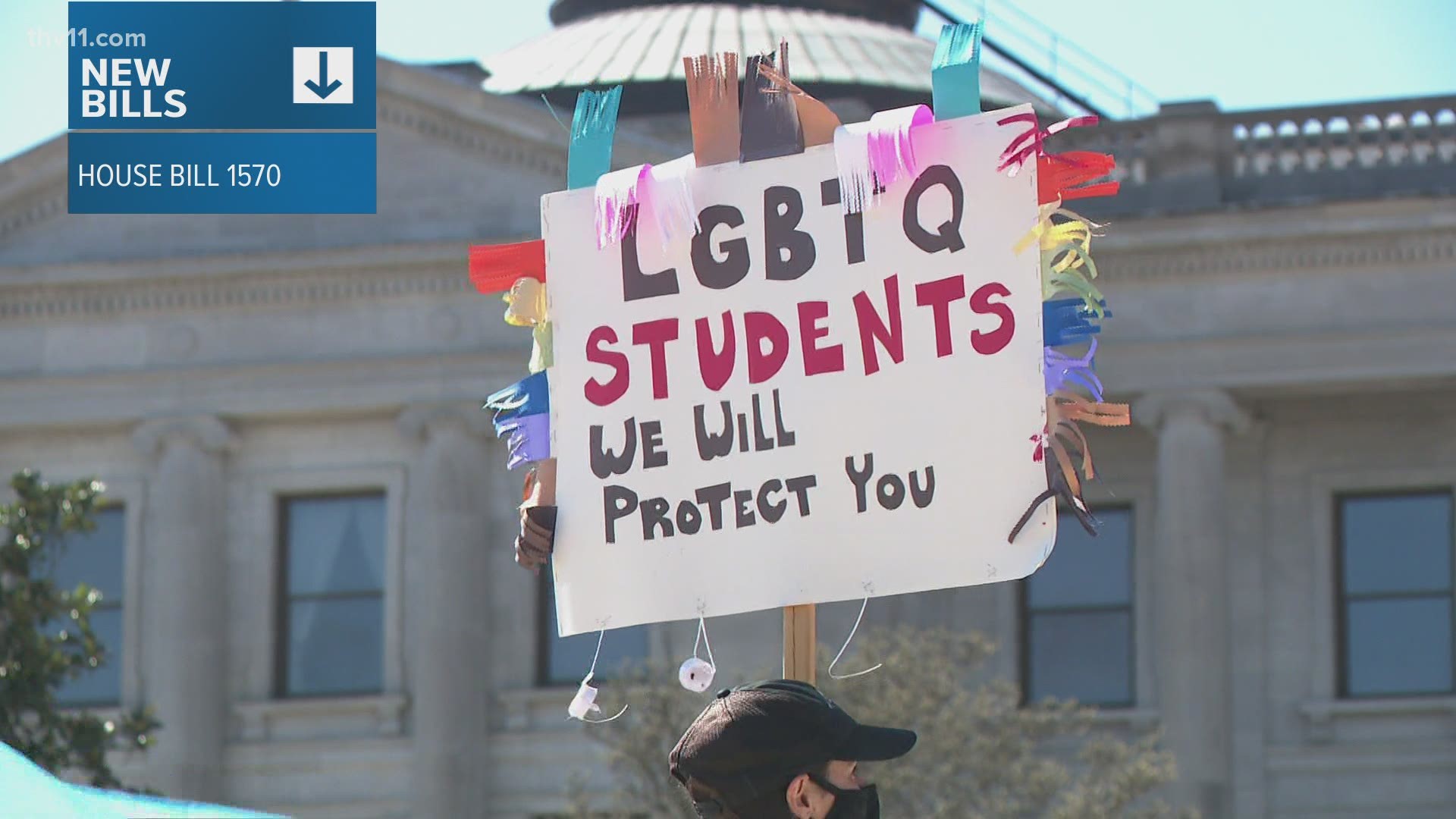 LITTLE ROCK, Ark. — The Arkansas legislature advanced two separate bills Wednesday that center around transgender people and childrens' rights to both transition-related healthcare and transgender girls being involved in sports aligned with their gender identity.

The Senate passed SB354, which states that any organized sport within a school, intramural or club team that is designated a girls' or womens' sport can't allow a transgender girl or woman to join.

The bill also makes it difficult for a transgender woman or girl to file a complaint against an institution for banning them from a particular sport.

In response to the passing of SB354, State Sen. Clarke Tucker (D-Little Rock) said the bill "targets transgender girls who participate in high school athletics" and "puts Arkansas on the wrong side of history."

The House then passed HB1570, which would make it illegal for transgender children in the state to seek transition-related care from a doctor.

The ACLU of Arkansas said that HB1570 would "block young people from essential care, criminalize health care providers who treat them, and take away parents' rights to make decisions about their children's care."

Critics of both of these bills say they are unnecessary, ungrounded in scientific research and that these laws isolate an already vulnerable group.

According to the most recent CDC data, LGBTQ+ teens are at a "greater risk for violence and suicide than heterosexual teens."