The ballot question would put a sales tax dedicated to highway improvements permanently in the state constitution. 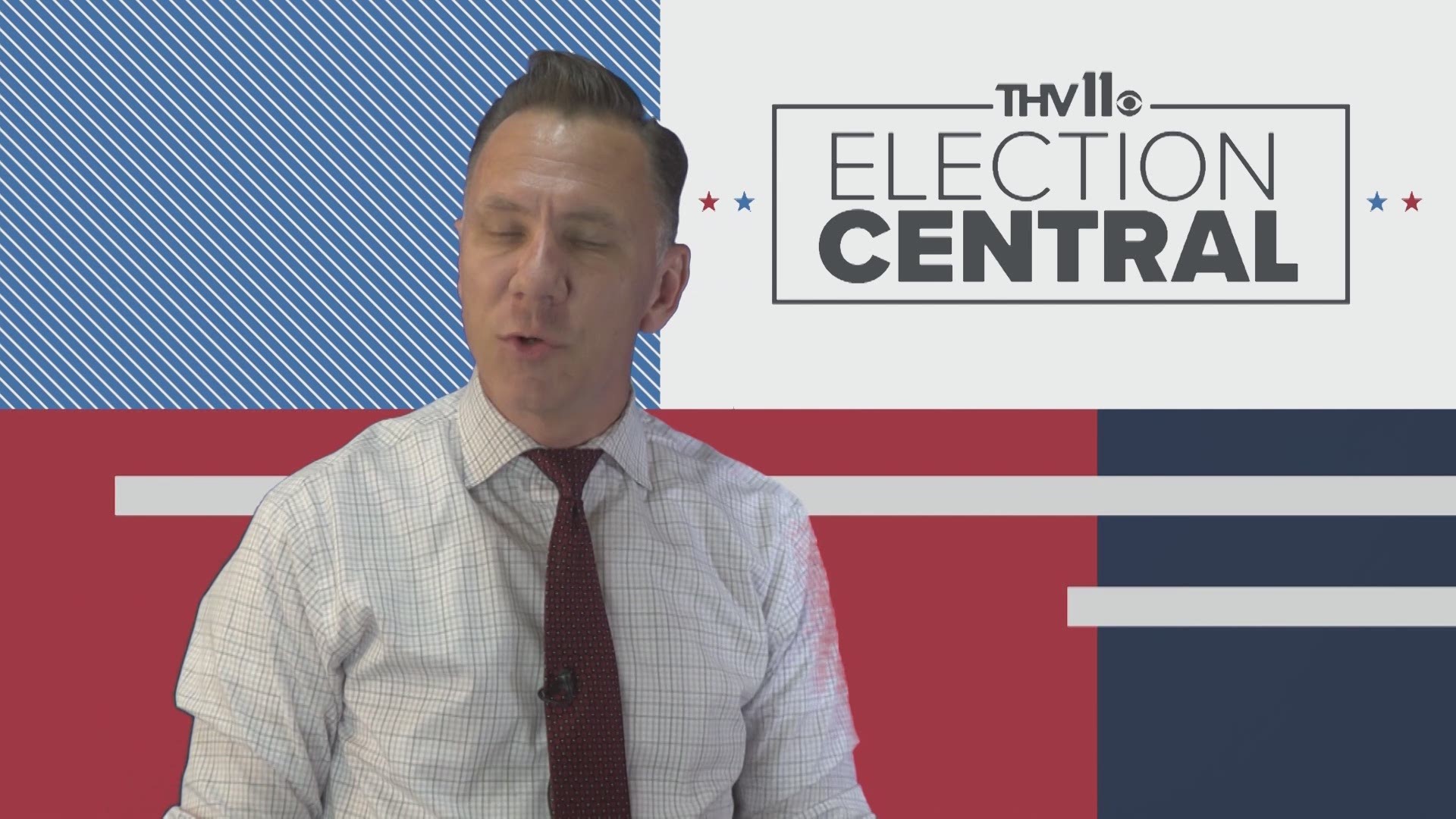 LITTLE ROCK, Ark. — For many Arkansas voters with their minds already made up when it comes to the presidential race, the one big issue they care about is Issue #1.

The road that led the issue on to the 2020 ballot has been mostly bipartisan, but facets of the question are now blurring traditional partisan lines.

"During the last legislative session, [we had] a measure that had support from both Republicans and Democrats," said Joe Quinn, the head of the Arkansas Good Roads Foundation. "It increased funding for highways and now we're looking at the Issue #1 vote."

Quinn's non-profit is a coalition road builders and transportation industries. He spoke at the release of a report on the state of Arkansas highways authored by TRIP, a national research group. The report put a dollar figure on the cost of bad roads and traffic.

"In the Little Rock area, TRIP estimates that the average annual cost to motorists of driving on roads that are deteriorated, congested and sometimes lacking adequate safety features is $1,673," said Rocky Moretti, the report's author.

The governor's transportation bill, signed in March 2019, tries to lower that figure. It called for a hike in gas and diesel taxes and set aside a fixed share of money from the state's casinos and dedicated them to highways. Those streams total $95 million a year.

But the key to really keeping up with road repairs and improvements comes through the half-cent sales tax approved by voters in 2012. To keep that cash flowing, the governor's plan makes that tax permanent, but the state constitution requires voters sign off.

"Politics does make strange bedfellows," said Greg Wise, the chair of the Central Arkansas Group of the Sierra Club.

That environmental organization traditionally leans left on the political spectrum, but Wise finds his group working with traditionally right-leaning anti-tax groups to defeat the ballot question.

"When you're doing something that's essentially radical, like putting a permanent tax in the constitution, different minds can join together," Wise said.

The Sierra Club has longstanding opposition to highway expansions that they say support the fossil fuel industry and hasten climate change. Wise says this plan is too focused on roads and not other modes of transportation.

The club is also working with neighborhood groups opposed to the massive "30 Crossing" project through downtown Little Rock. The plan to widen the interstate corridor and replace the bridge over the Arkansas River will be the most expensive project ever taken on by the Dept. of Transportation.

Opponents are trying to create the impression that if Issue One goes down, that new bridge won't go up, making the decision less right-versus-left and more commuter versus commuter.

Supporters urge voters to focus on the overall good they say comes from an efficient transportation system.

"Our message in Arkansas would be the state needs to make further progress to support transportation investment," Moretti said.

RELATED: Voting outside the polling place: Breaking down process of absentee voting in Arkansas

Opponents say there's still time before the temporary tax sunsets and the state can find the money without damaging the climate.

"California is on fire. Climate change is real, and the department of transportation needs to recognize that the fossil fuel industry is in decline," said Wise.

(Ed. Note: A previous version attributed the state with saying 30 Crossing's bridge being completed would be in danger if Issue One is defeated. The article has been edited to reflect that is the impression opponents are looking to create. A spokesperson for the Arkansas Dept. of Transportation says the majority of 30 Crossing is already funded, including the centerpiece river crossing.)