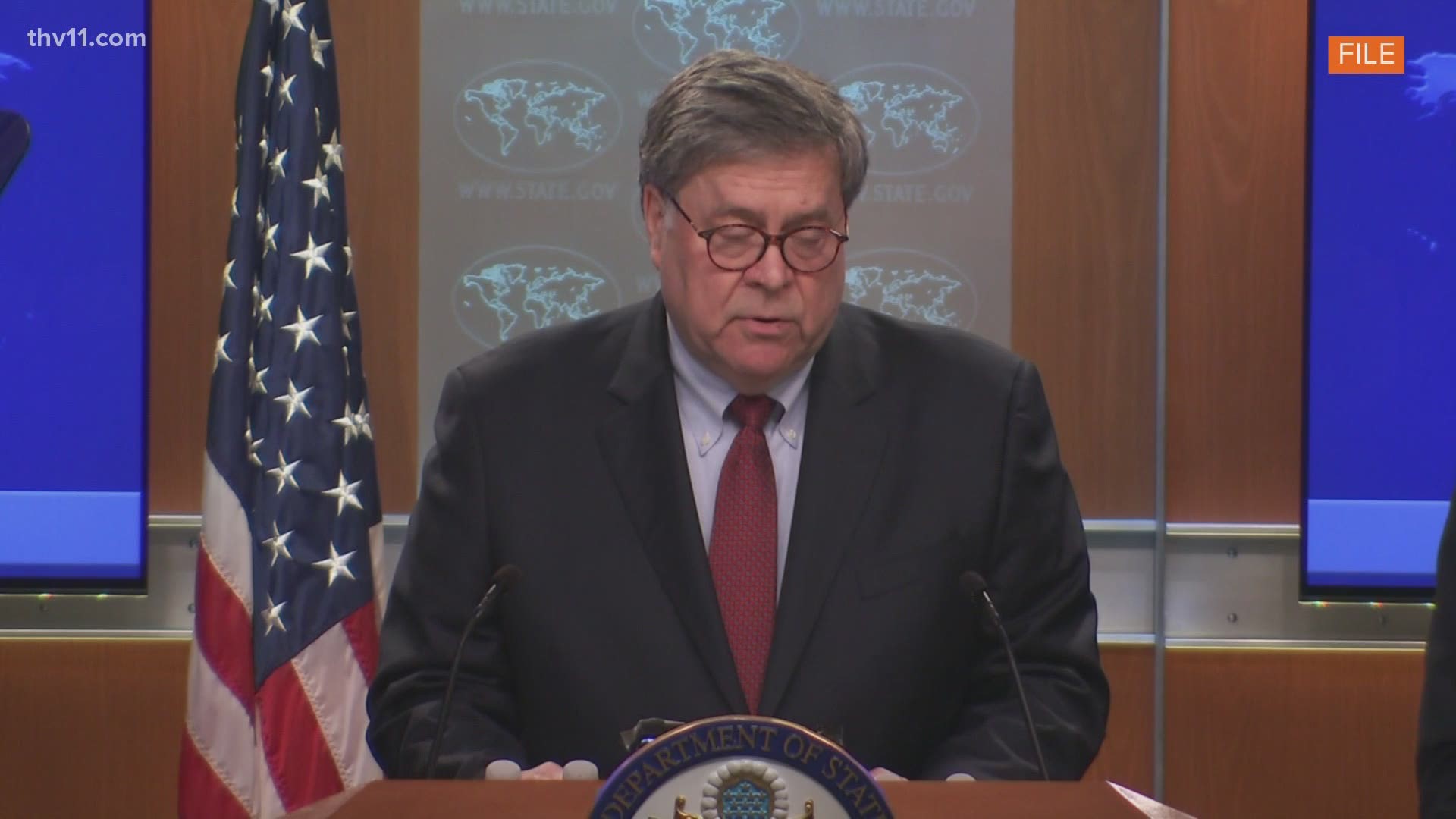 LITTLE ROCK, Ark — U.S. Attorney General William Barr and Sen. Tom Cotton will be in Central Arkansas on Thursday, July 9 for a series of meetings with law enforcement.

The attorney general and senator will meet with law enforcement, public officials, and business leaders today. It all starts with a law enforcement roundtable at the Embassy Suites at 10 a.m.

Barr's visit to Arkansas comes one day after he traveled to South Carolina, with the focus of police reform.

Congressman French Hill, U.S. Attorney Cody Hiland and other officials will be part of today's discussion.

Following that, Barr will have lunch with Gov. Asa Hutchinson and wrap up his Arkansas visit with a business leaders roundtable at 1:30 p.m.