Even though most of the snow may be gone, Public Works Departments will still be cleaning up what the winter weather left behind: potholes. 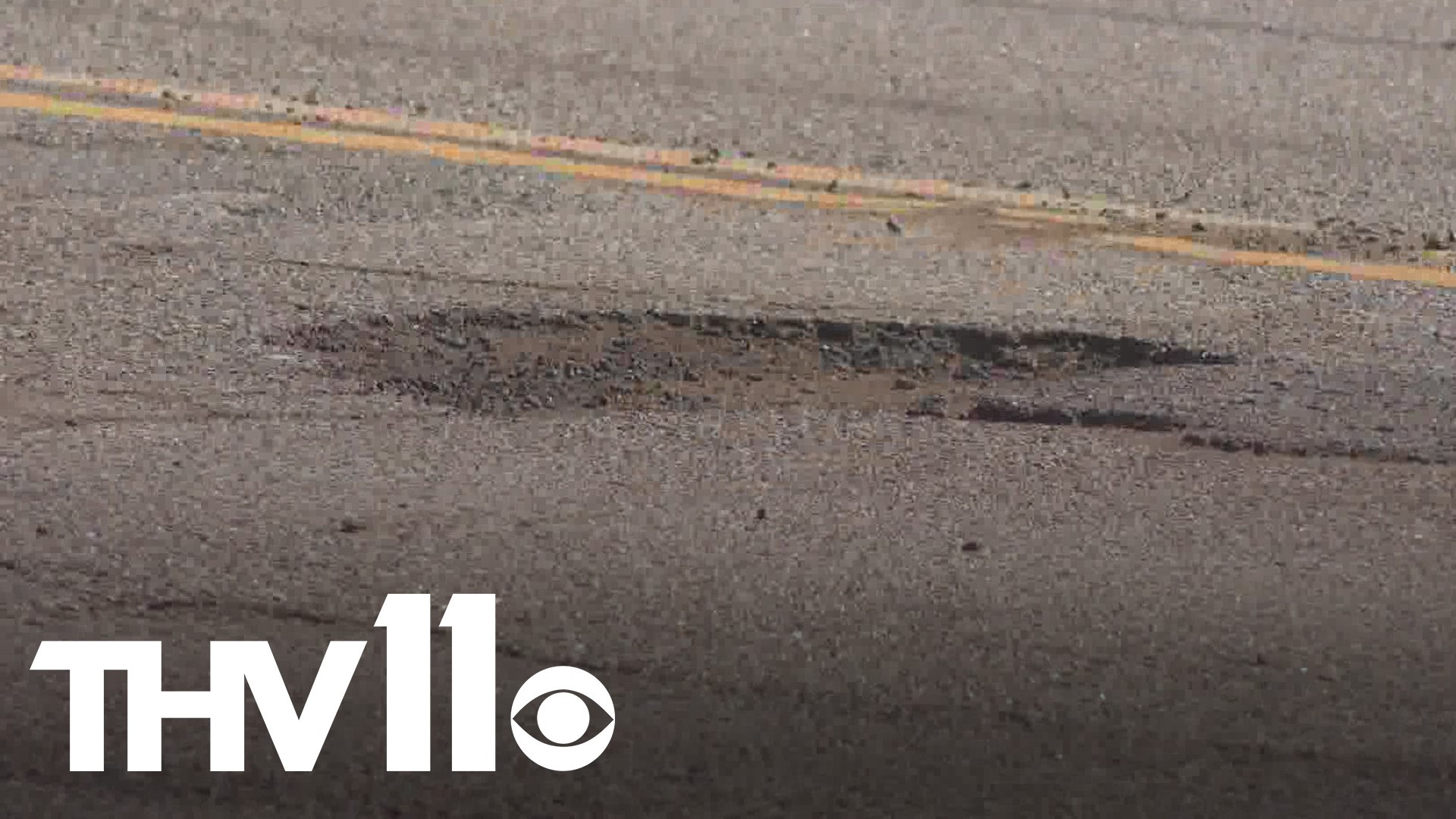 LITTLE ROCK, Ark. — Now that the snow is melting, you may notice some potholes surfacing on the roads.

This means even though most of the snow may be gone, Public Works Departments will still be cleaning up what the winter weather left behind, but this was expected.

On Monday the City of Little Rock had Public Work crews scattered around, according to Operations Manager Eric Petty. Some continued to plow, sand, and salt roads that have snow or ice leftover while others tackled the newest issue the winter weather left behind: potholes.

"There's actually a restoration type period, even though the snow and ice is gone, that's still extremely busy just repairing the damage that the storm event caused," he said.

It was a kind of storm Arkansas rarely sees, but now that it's passed, the damage left is somewhat familiar.

"We actually knew this would happen. Normally, as soon as the snow and ice get off the street, you will immediately start seeing all of the potholes," he said.

Petty had four crews out on the streets already on Monday. Some patched up reported potholes and others searched for them.

"As the snows getting off, there's probably going to be a lot of those due to the freeze and thaw cycle that we went through, so they're going to be working on those," he said.

Due to that freeze-thaw cycle and the length of time the roads experienced it, Petty expects there to be a lot of calls about this issue.

"That's why we get started early, as soon as we can, as soon as the snow and ice get off," he said.

For drivers on the road, potholes are not only something you have to focus on getting around but if you hit one, severe damage can be done.

Dee Coleman is the owner of Coleman and Son Automotive in Little Rock.

Coleman said it may not seem like a big jolt to the vehicle, but it does shift things around.

"The vehicle can be repaired, but it's up to the customer or to the driver of the vehicle to get it repaired as soon as possible," he said.

Just a reminder for anyone who lives in Little Rock and sees a pothole, make sure you report it to the city. You can do that by calling 3-1-1 or by reporting it directly to the city's app.

The Little Rock Public Works Department is still running their day and night shifts that began before the storm hit and those 12-hour shifts will continue until the damage is fixed.

Meanwhile on the state highways, ARDOT is still accessing the damage left on the interstates and we hope to talk to them soon about their plans.