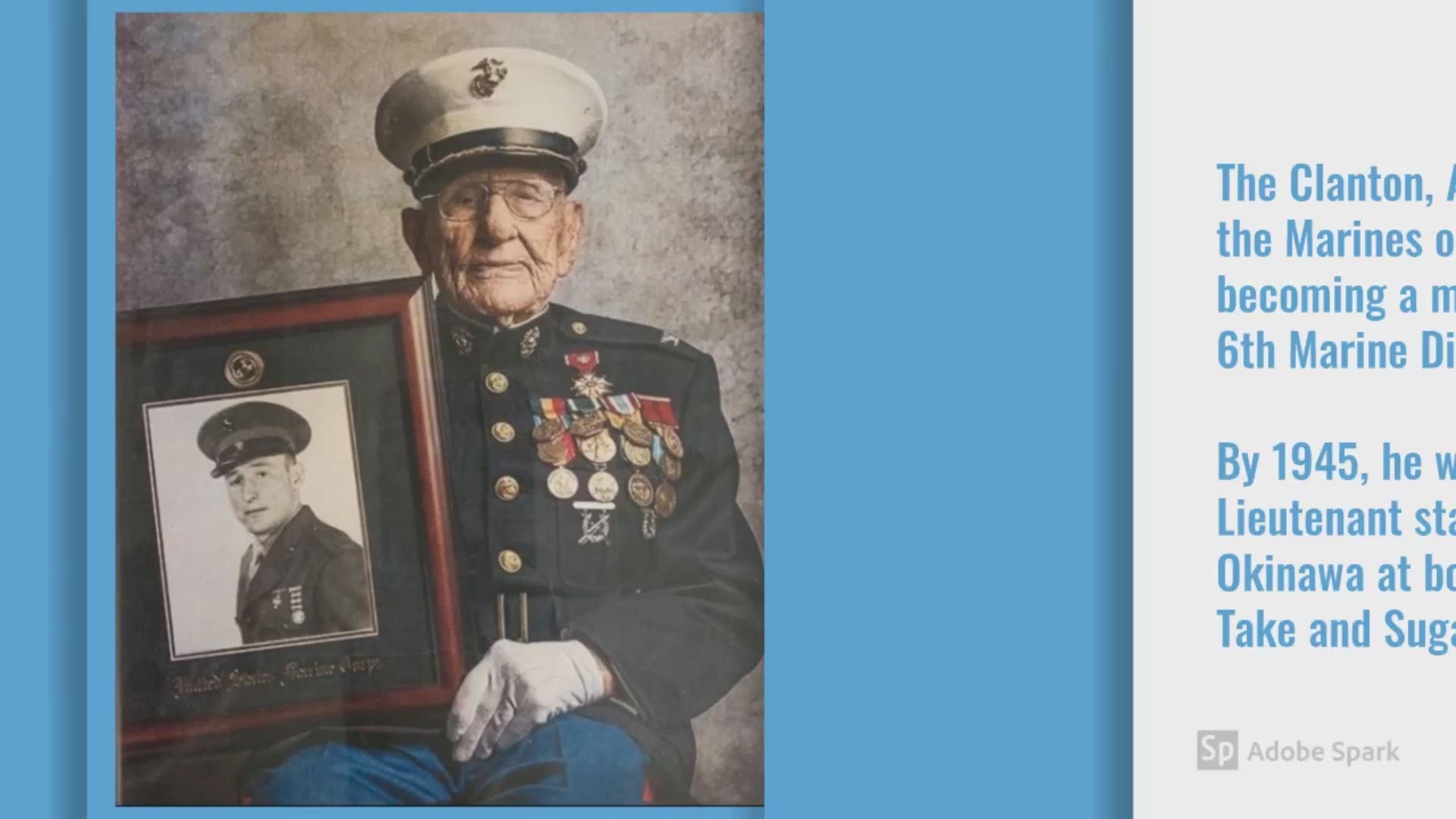 BIRMINGHAM, Ala. — An Alabama native who served his country in WWII, Korea, and Vietnam celebrated his 100th birthday on March 18.

Col. Cooper hails from Clanton in Chilton County. He joined the Marine Corps on April 1, 1942 and became a member of the 6th Marine Division. By 1945, he was a 1st Lieutenant stationed in Okinawa at both Mount Yae-Take and Sugar Loaf.

Col. Cooper served in World War II, the Korean conflict, and the Vietnam War. He has been awarded two dozen medals for his service, including a Presidential Unit Citation with One Star, Marine Corps Medal with Four Stars, the United Nations Medal, and the Legion of Merit Medal.

“I was only doing what my country needed me to do and I came home,” said Col. Cooper.

Col. Cooper received a bachelor's degree from Samford, a master's from Vanderbilt, and a doctorate from Alabama universities.

The retired colonel is an active member of his church, and stuffs inserts into 3,000 Sunday bulletins every Thursday morning at 6:00 a.m.

Thank you for your service, Col. Cooper, and Happy 100th Birthday!

RELATED: Help this WWII veteran celebrate his birthday by sending him cards

RELATED: Raytheon and DAV give back to local disabled veterans