Roughly 200 people were in attendance for a community meeting where officials had open discussions on what can be done for the area. 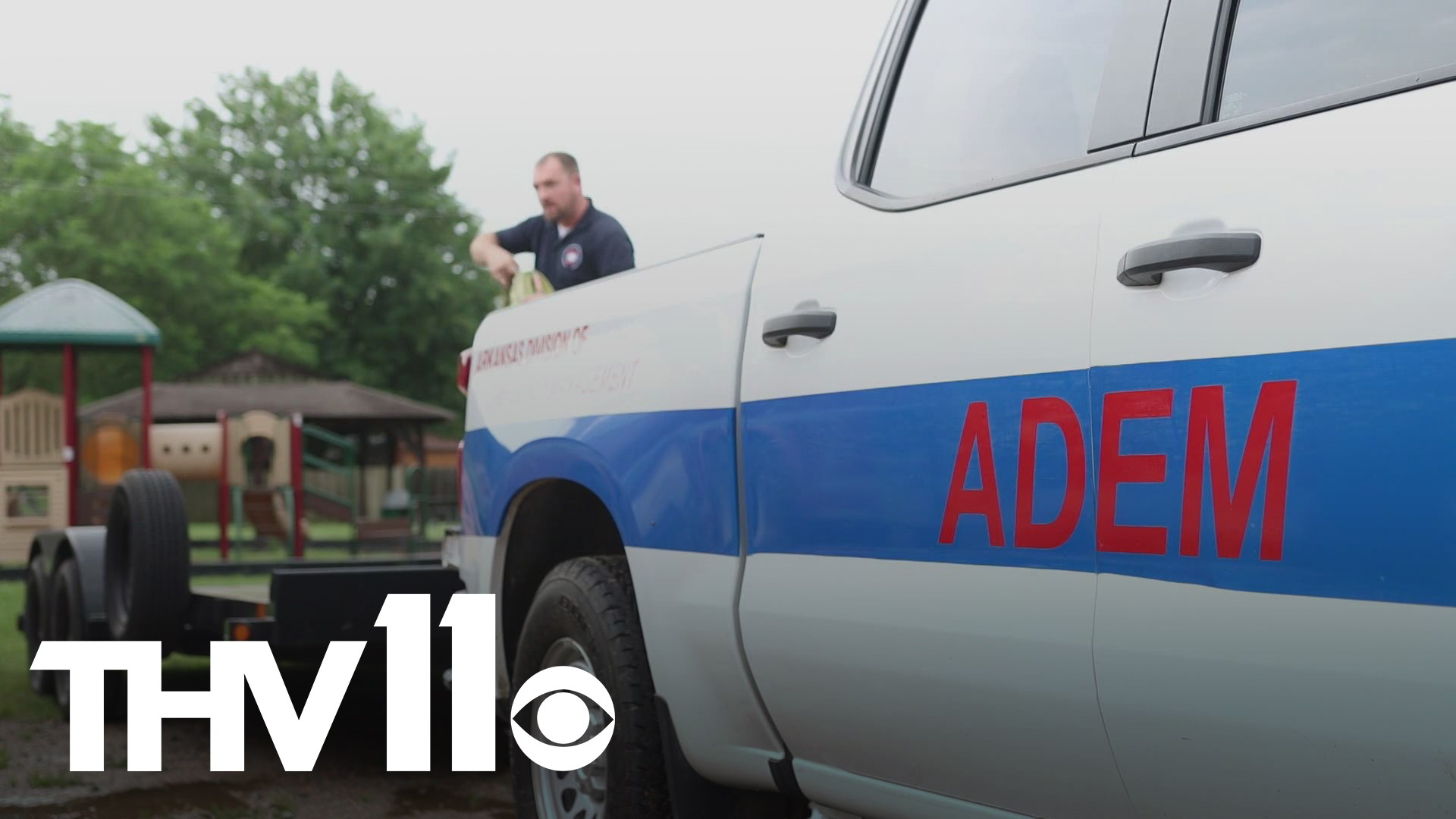 DUMAS, Ark — Officials in Dumas are on standby waiting for assistance from the state. They met with representatives from American Red Cross and the Department of Emergency Management on Thursday to discuss needs.

Officials have been making due so far by giving away sandbags that were packed by inmates from a local correctional unit.

Desha County Judge, Richard Tindall said there's been no fatalities, but still wants to emphasize that the waters are dangerous.

He said that one man got his truck stuck in a ditch and that the vehicle almost turned over in the water.

"Nobody can get to their house with furniture or with equipment to work on their house when the houses are still surrounded by water," Tindall said.

Governor Asa Hutchinson declared Southeast Arkansas to be in a state of emergency Wednesday after severe flooding in the area. He's set to visit Friday in order to assess the damage. Hutchinson is providing $100,000 from the state's emergency fund to local emergency managers.

In the meantime, Tindall warns county residents to be weary of draining water. He said Desha County drains to the east which means that even when the weather clears up, flooding can still affect residents.

"Please be patient and be careful. I know it's a lot of fun to go out and play in the water for a little while, but stay out of the swift waters," Tindall said.

HAPPENING NOW: Nearly 200 people are in attendance for the public meeting at the Dumas Community Center.

Tindall was one of various city leaders addressing residents during a public meeting at the Dumas Community Center Thursday afternoon.

Close to 200 people were in attendance for the meeting, with some even having to stand as there weren't enough chairs.

With limited resources for immediate answers, residents were anxious and upset about the destruction of their properties.

Related: Standing water from flooding covers all roads in Dumas

Latresha Woodruff with the Arkansas Department of Emergency Management said the requests for assistance are on a kind of 'wait and see' basis.

"We have area coordinators working for ADEM in those areas talking with the local folks, the county judges, and the office of emergency management there trying to see what we can do to assist them," Woodruff said.

She said she wants people to know that the department is aware of everything going on with Southeast Arkansas right now and that they're willing to help in any way they can.