Tuesday offered a break in the snow and cloud cover for a bit, and let road crews continue to clear roads desperately in need of it. 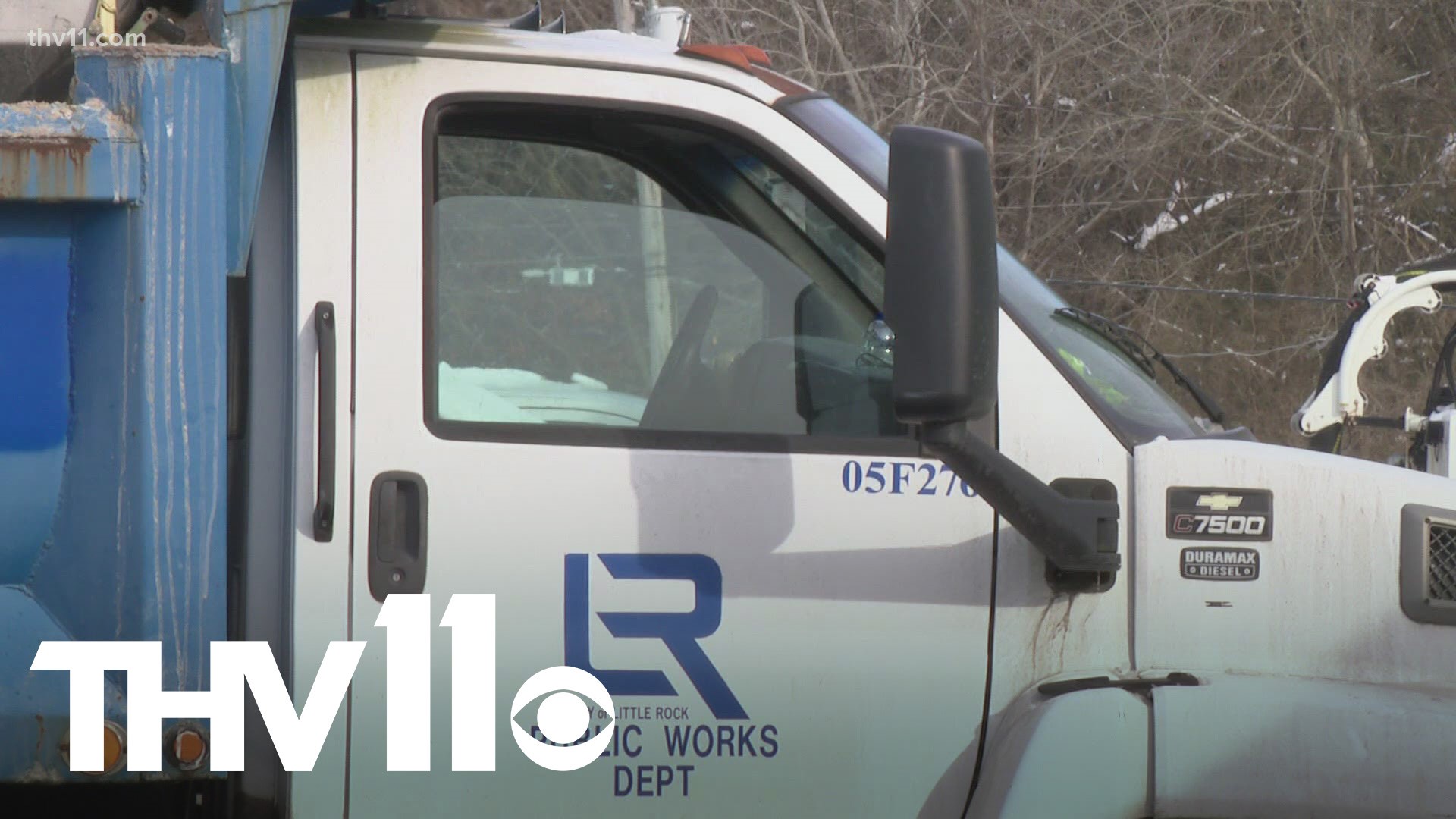 LITTLE ROCK, Ark. — Tuesday offered a break in the snow and cloud cover for a bit, and let road crews continue to clear roads desperately in need of it.

For ARDOT spokesperson Dave Parker, today was their halftime, so to speak.

"We're going to get hard again, possibly harder in this event," Parker said. "So we've got to be ready and I think we're in good shape."

Parker explained that we've just finished the "first and second" quarter. He says the worst part is coming up in the "fourth."

It's an analogy that other road crews, like Little Rock Public Works, agree with.

"It really is." Mark Jacobi with public works said. "It's like 'we're winning, we're winning,' then we're losing again."

Today's sunshine helped those crews out and gave them time to start clearing roads that are less traveled. Even so, they'll have to start all over tomorrow.

"We're going to have to return to focus on the major routes because they're going to be snow covered again," Parker said.

That's the worst part of this wintery game Arkansas has been playing for the past week.

"It's hard to look at a street and see it kind of opening up," Jacobi said. "And then just see it covered again, which is about what's going to happen."

Even with the steep hill, central Arkansas is going to have to climb with snow on the way, Parker says we're not through yet.