Site of deadly BDB100 bike crash has a dangerous history

"Even though they may not have reports that show, you can just look at it and see this is a dangerous curve." 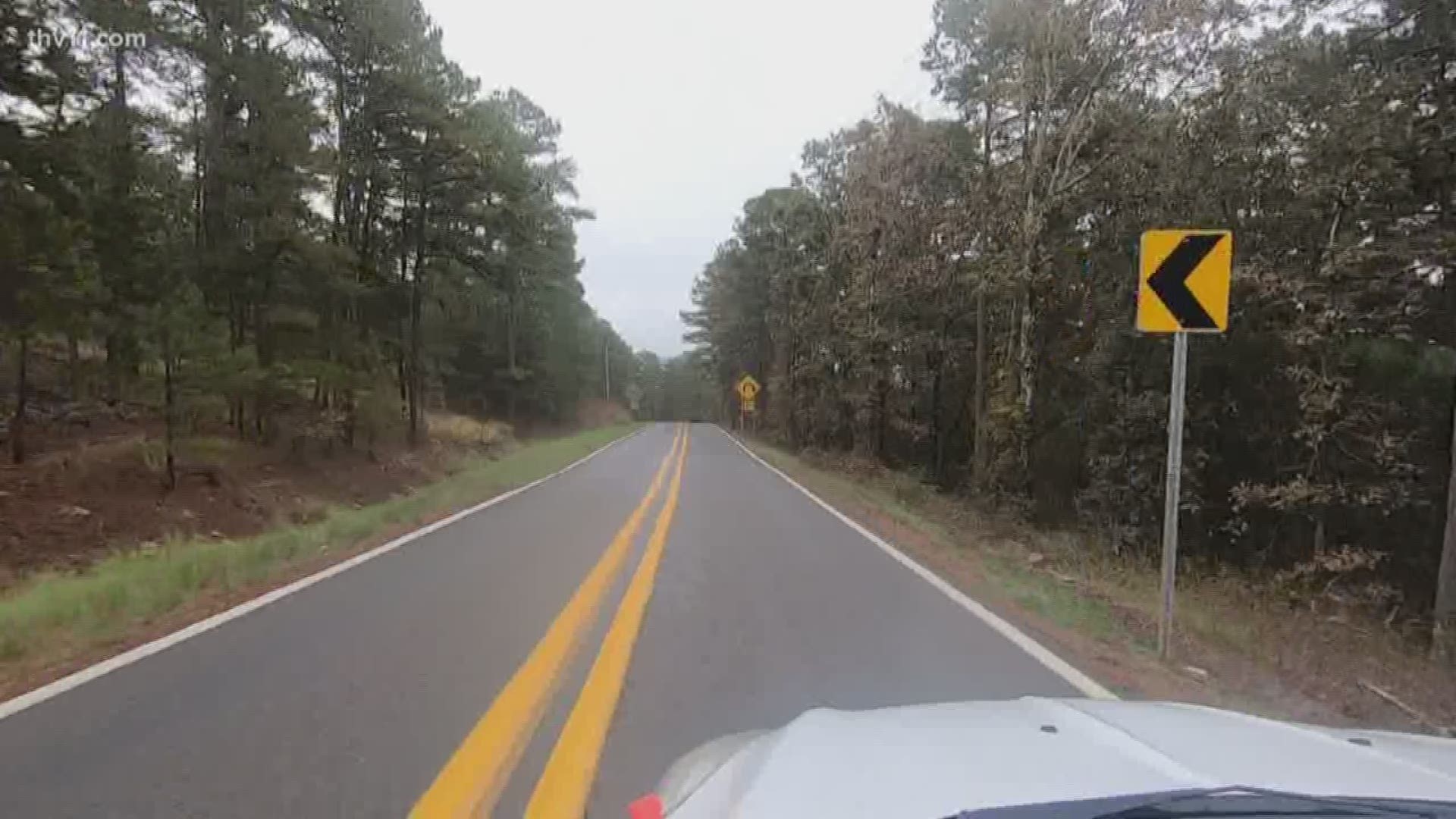 ROLAND, Ark — When a man died during September's Big Dam Bridge 100, it broke hearts in the cycling community. It also made one man's heart skip a beat after he survived a bike crash in the same spot eight years earlier.

The details of the crash that killed Jim Krause in the annual 100-mile bike tour— a tire blow-out, the location and a flying landing in a ravine— startlingly matched what sent Michael Desselle to surgery in 2011.

Desselle still rides his bike 100 miles a week, but his wife won't let him head up Wye Mountain ever again.

"It's an excellent ride. It's a beautiful ride," he said describing a trip through western Pulaski County near the base of Pinnacle Mountain. But one look at his former crash site and the danger is as apparent as the beauty.

"It's switchbacks. There are no shoulders. It's dangerous," said Kristy Eanes, who lives a short distance down Highway 300. "You can just look at it and see."

The challenging terrain is about a mile long down a steep grade with alternating curves, a hard 90-degree left and tight hairpin at the midpoint. Those conditions draw skilled cyclists to the Big Dam Bridge 100 every year. Desselle had been training for the event when he made his first ascent and prepared to reverse course and head home to Little Rock.

"Going up was a lot different than coming down," he said. "I was going way too fast. I engaged the brakes and the bike tried to get away from me. About that time the torque from coming down into the curve was too much and my tire just blew out. I was thinking 'I'm about to die.' I just flew over the ravine."

Desselle woke up with his bloody face on a rock and three broken vertebrae in his upper back. Eanes' father happened to see his bike flash across the road as he went to turn into their family property. She has been pushing to make the stretch safer ever since. The problem is accidents, whether by car or bike never seem to get reported.

"I'm a witness and there are lots of other witnesses," she said. "Even though they may not have reports that show, you can just look at it and see this is a dangerous curve."

Desselle says he warned organizers about his crash. A spokesperson for the tour says extra signs go in place on the day of the ride and participants are forewarned about trouble spots on the entire course in a riders' handbook.

"Rider feedback is important to all the decisions we make," said Chuck Spohn, the media coordinator for the Big Dam Bridge 100. "It is an athletic event and there is always risk involved, but we will continue to go to great lengths to focus foremost on rider safety."

Eanes has sent several letters to the Arkansas Dept of Transportation officials. A spokesperson for that agency points to the numerous chevron signs on every curve, warning signs and at least three advisory posted speed limits cautioning riders and drivers to go just 10 miles per hour.

Both Desselle and Eanes hope for something more, both on the day of the ride and permanently.

"You see it at ski runs, where they use orange netting that goes up pretty high," said Desselle. "If somebody does wipe out they're going to run into an orange net."

Eanes would like to see a guardrail erected, though the lack of accident reports and difficulties building a shoulder at that spot make that unlikely.

"I'm just saying please do something there before there's another tragedy and another family has to suffer," she said.

Spohn said organizers would be meeting in the coming weeks to discuss possible course changes or safety enhancements.