Small gesture in a difficult time: Arlington officer takes a knee during protest

Moments like these aren’t meant to fix everything, but they’re a step in the right direction, Officer Bill says. 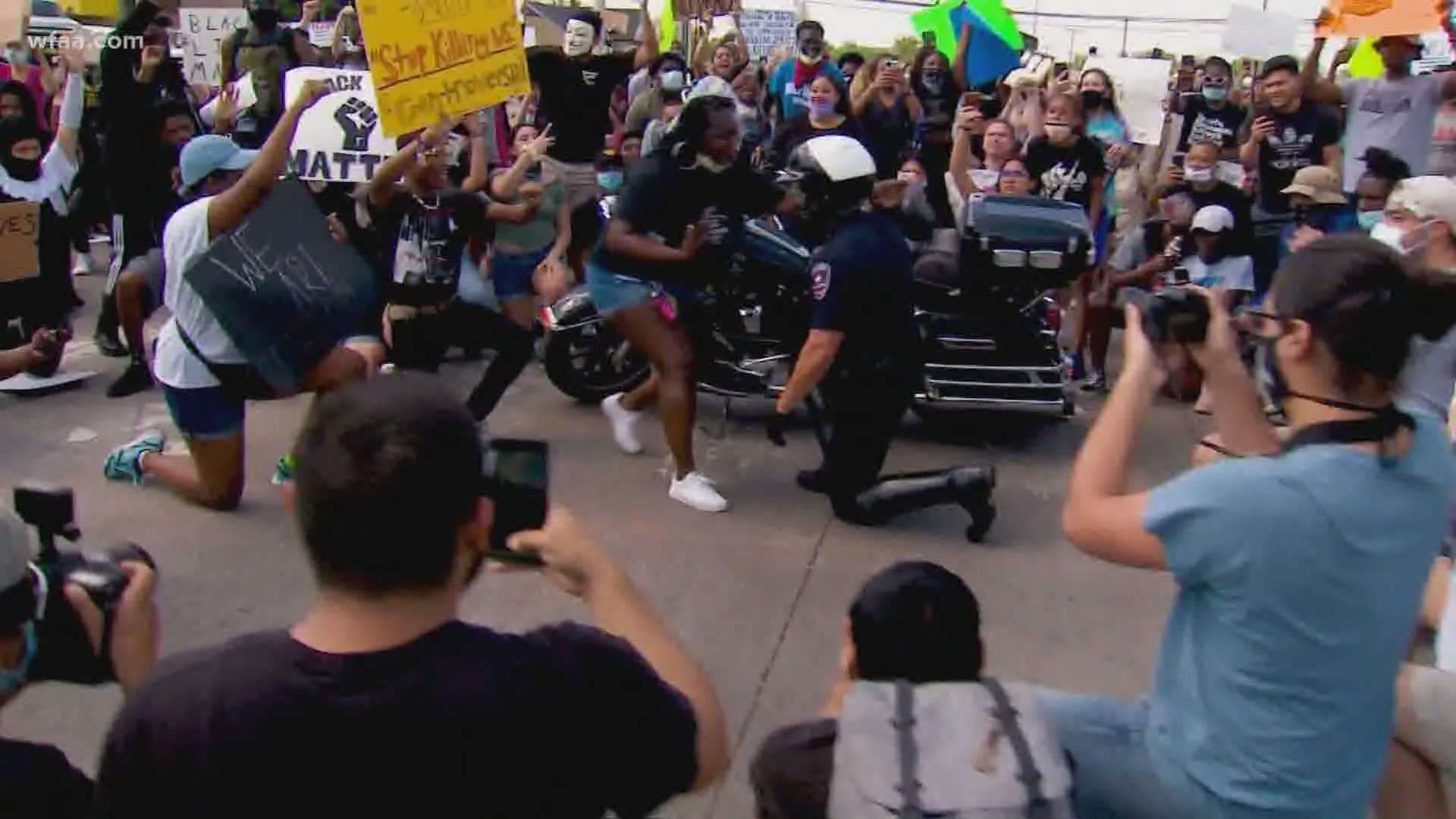 ARLINGTON, Texas — It was a small gesture in a difficult time.

Arlington Police Officer William Bill was keeping an eye on a peaceful protest Tuesday, when a handful of demonstrators turned their attention to him.

“They asked me if I had anything to fear from them, and that answer was absolutely no,” Bill told WFAA.

“I wanted them to know that they had absolutely nothing to fear from me because it is my job to help them," he said.

Like demonstrators across the country, the Arlington group protested the deaths of black Americans at the hands of police officers. The latest happened in Minneapolis after officer Derek Chauvin put his knee on the neck of George Floyd.

Now demonstrators regularly kneel in the streets in protest, and in a show of solidarity, Bill joined them.

“I knelt down to let my community know we will always serve them first above all else,” Bill said.

Despite smiles and applause at the scene, some on social media criticized the moment as being too small to fix a nation divided.

“Somewhere, we have to link arm in arm and take those steps together,” Bill said.

The 14-year veteran says finding common ground with demonstrators is not the same as condoning the looting and vandalism that has erupted in some cities, mostly after peaceful protests have ended.

“The voice of a message is drowned out by criminal acts,” Bill said. “It’s hurtful because with a powerful message like that, it needs to be heard and not drowned out.”

He knows not everyone sees the value in a moment like an officer taking a knee, but that doesn’t matter. 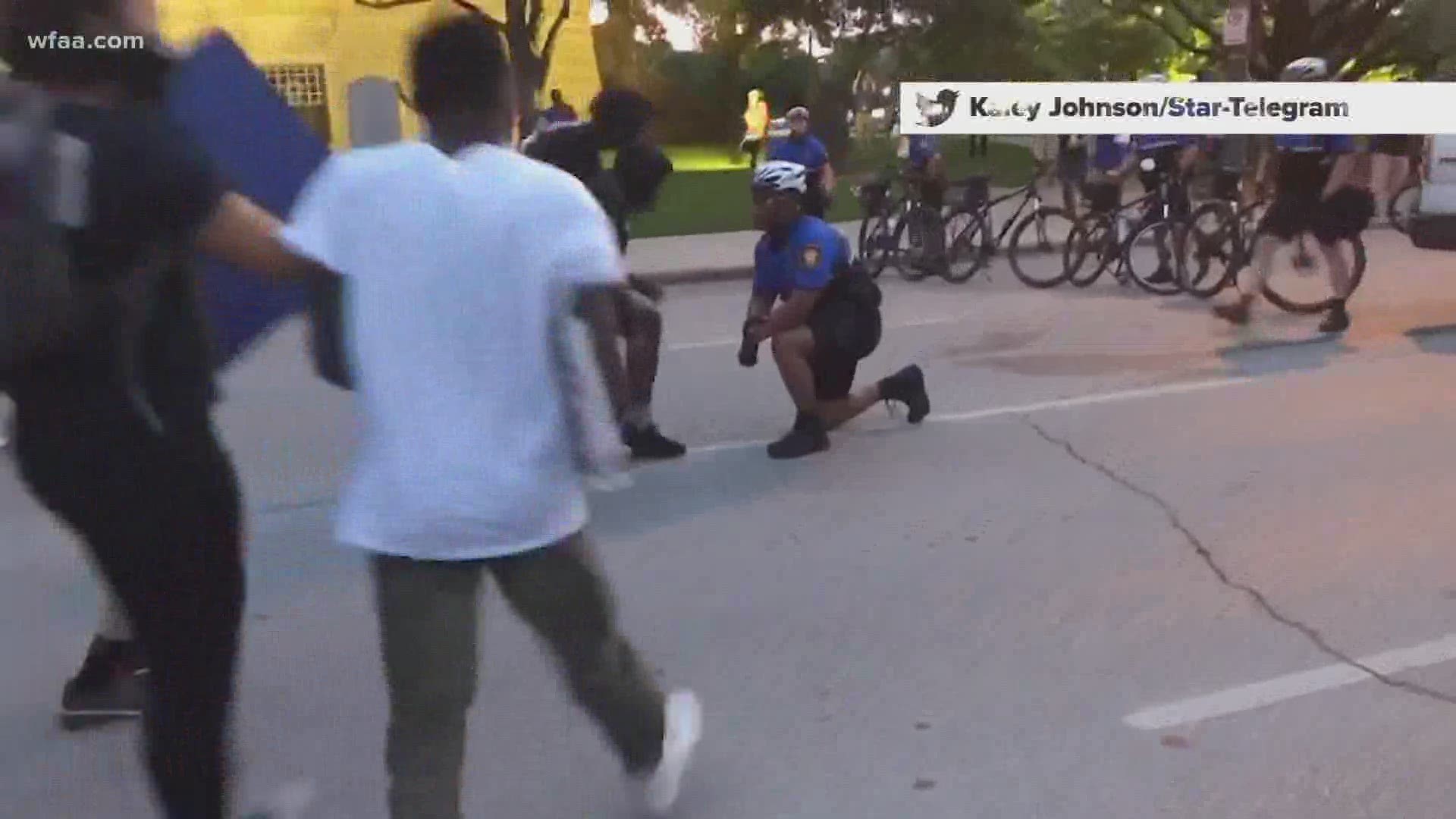