Updated at 1:35 p.m. Thursday to clarify the amount of money the Jean family is seeking in the lawsuit.

Botham Jean's family is suing the Southside Flats apartments for wrongful death, according to a lawsuit recently filed in Dallas County.

Jean was living at the Southside Flats apartments when he was shot and killed by Dallas police officer Amber Guyger almost two years ago to the day. Guyger was convicted of murder last year and sentenced to 10 years in prison.

The lawsuit filed Tuesday says that Southside Flats never fixed Jean's door, which allowed Guyger to get into Jean's apartment.

Guyger testified during her trial last year that she thought she was in her own apartment, one floor below, and shot Jean because she believed he was an intruder.

The family is seeking more than $1 million in the lawsuit.

"Botham’s death occurred as a direct result of the faulty poorly maintained door and locking mechanism and the confusion with the layout of the Southside Flats," the lawsuit says.

Waterton Residential, LLC, one of the defendants listed in the suit, was hired as the apartment management company. All apartments at Southside Flats use electronic key fobs to unlock doors, but the lawsuit says that there were multiple incidents that showed the key fobs didn't work properly.

The lawsuit claims either Jean's door didn't close properly "as it was designed to do" or that Guyger's key worked on the wrong door.

"Either circumstance created an unreasonably dangerous condition that allowed someone access to an apartment that was not theirs," the suit says.

The lawsuit also supports Guyger's defense that the apartments were confusing and she thought she was in her own apartment. She said during trial that residents regularly parked on the wrong floor and sometimes walked to the wrong apartment.

According to the lawsuit, multiple residents interviewed by the Texas Rangers stated that they had either parked on the wrong floor, put the wrong key fob in the wrong lock, or went to the wrong apartment on accident.

One resident, who said he had never met Guyger or Jean, said he had parked on the wrong floor as many as a dozen times.

Another resident said she had unintentionally parked on the wrong floor multiple times and complained to management about a faulty key fob. She also said a stranger once entered her apartment with his own key fob.

According to the lawsuit, Southside Flats and its management knew about the problems and did nothing.

Door manufacturer Dormakaba is also listed as a defendant in the lawsuit.

So far, one party has been served in the lawsuit, but all will be served soon, according to the Jean family attorney.

Read the full lawsuit below: 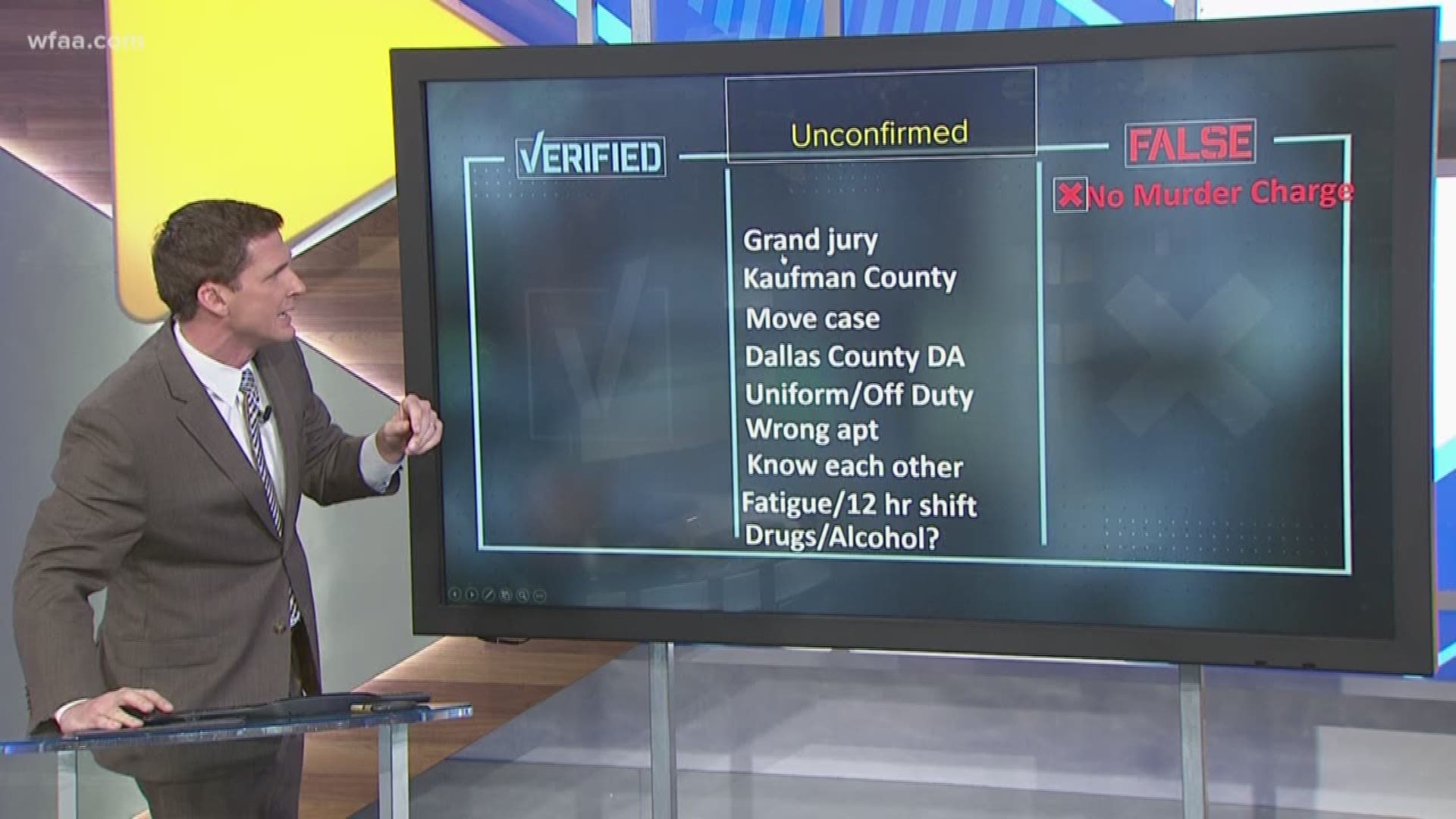 Verify: Latest on what we know about the Botham Jean shooting