Standing water from flooding covers all roads in Dumas

Dumas Police Chief Keith Finch said all streets in the town had standing water on them at one time. 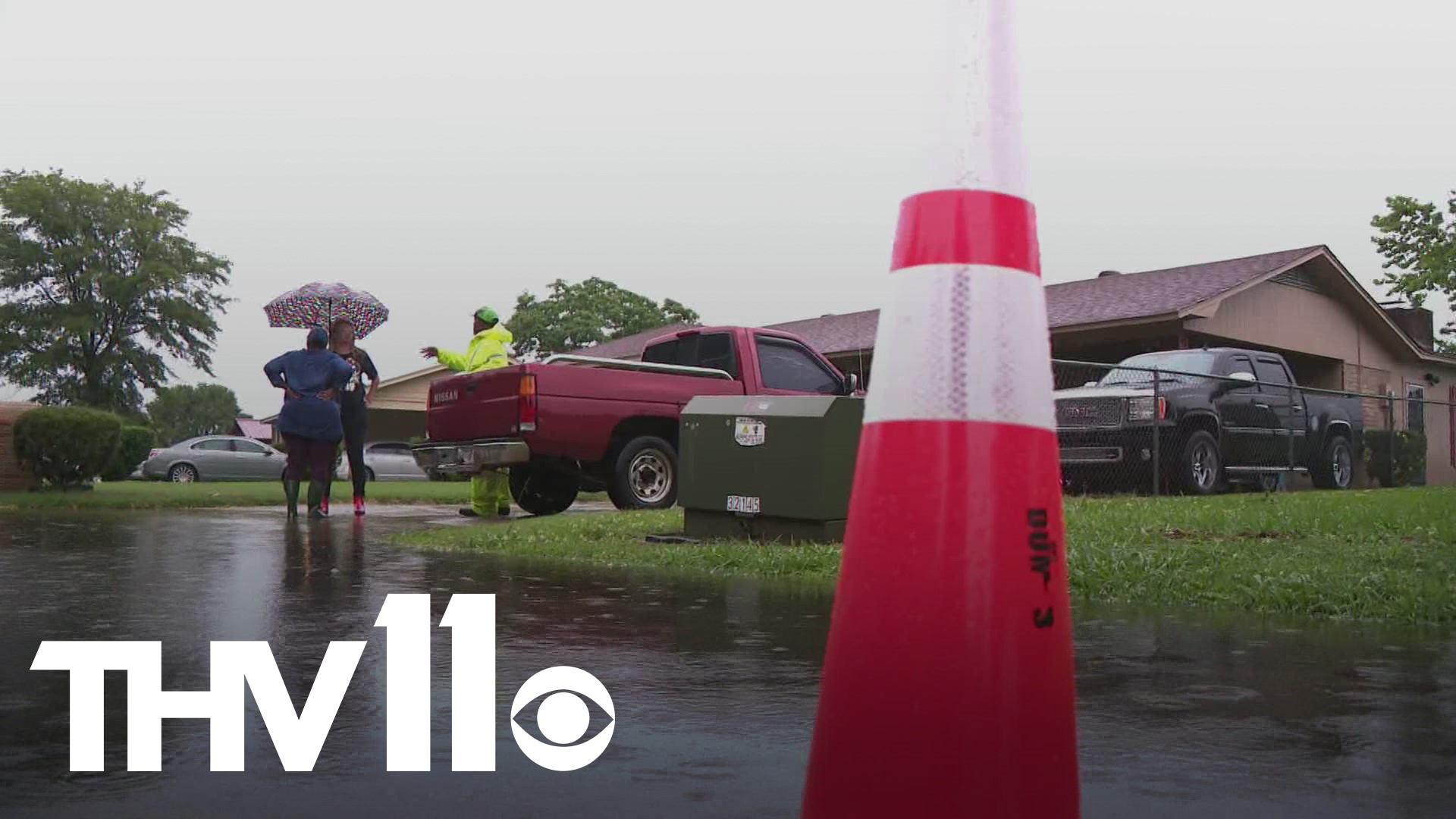 DUMAS, Arkansas — Dumas Police Chief Keith Finch said all streets in the town had standing water on them at one time. Buildings were inundated, and people were driving around barricades of closed off-road signs driving through the water.

"Just don't get scared. Don't overreact. If you think you need help call us and we'll make every effort to get to you," said Finch.

He said they were offering sandbags at the local armory.

Only people who could get to them could drive up for the supply, but Finch says if people called the police department they'd be willing to see about accommodations.

He emphasizes the importance of not driving through high flood waters on the streets. It only takes seconds for something to go wrong where you're stuck or having to deal with something even more fatal.

Multiple residents said at some point sandbags ran out.

Isierene Spinks has lived in Dumas her whole life.

She says others out of Jefferson county brought sandbags down to help neighboring streets. The floods remind of her 2016 when severe weather caused her church to be flooded.

"I been out, you know trying to give people sandbags that couldn't get out, but as I look around, I just feel like what else can I do."

VIDEO: Some of the neighboring damage in Dumas with flooded streets & homes #ARwx @THV11 pic.twitter.com/MfhniFqZw6

"Of course we can't control the rain. I've been checking on the elderly to see if they have groceries or if they need food. We're just going to keep doing what we're doing and putting out sandbags to try to help," said Spinks.

Some people and families packed up to leaves their homes due to the flooding.

Dianne McDonald's home was flooded at the initial downpour around noon.

When a second downpour came around 3:00 p.m., she packed up what she could, treaded the waters that flooded her neighborhood, and drove around barricades up to stop people from driving through.

She says she previously called numerous hotels nearby, but they were all booked. She decided to drive around until she could find a hotel to stay in until the flooding clears.

On Wednesday, June 9, the Desha County OEM said a total of 200-250 Dumas homes were flooded on Tuesday, but not all were severe.

Some streets like Pecan, Pistachio, Walnut are still flooded, though most drained 16-18 inches overnight.